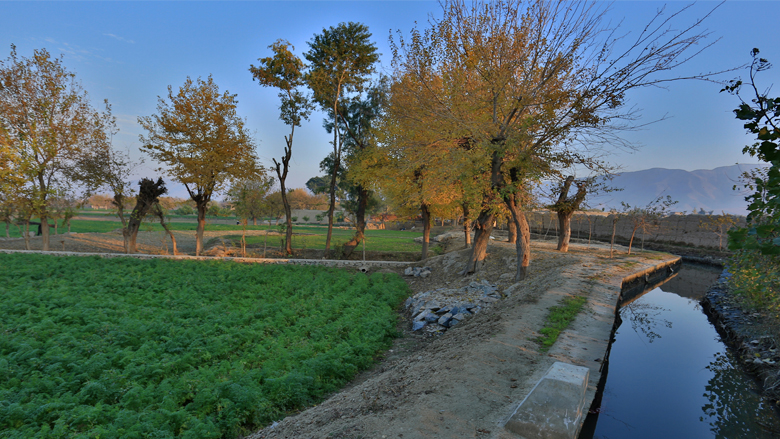 Rehabilitation of irrigation schemes under the Irrigation Restoration and Development Project (IRDP) has decreased water loss and improved Afghan farmers’ access to water resources throughout the year.

SAMARKHIL VILLAGE, Behsud District, Nangarhar Province – The farmland is lush with crops in expectation of a good harvest. Farmer Ilband, 73, is grateful that a good water supply has allowed him to grow a variety of crops on his seven jeribs (1.3 hectares) of farmland in Samarkhil village. .

“Thank God, our canal is rehabilitated and improved,” he says. “.” Conflict over irrigation water was a daily occurrence among the farmers in Samarkhil village before the village irrigation scheme was rehabilitated. Each farmer argued to convince the others of their irrigation needs. It was worse during the summer seasons, when the water supply was lower. “Every single day, I had to argue with other farmers over water division,” says Ilband.

The tensions were predictable. The irrigation scheme was rehabilitated by the Ministry of Energy and Water (MEW) in 2015–2016 under the Irrigation Restoration and Development Project (IRDP) at a budget of about 13.5 million afghanis (about $192,500). The rehabilitation project included building protection walls, footbridges, and lining for the canal that reaches some 330 hectares of farmland in Samarkhil and the nearby villages of Araban and Saracha Alikhil, which altogether are home to more than 11,000 people.

Since the repairs, water loss has decreased dramatically, improving farmers’ access to water resources throughout the year. Before the improvements, Ilband could cultivate his land only twice a year at most, and in some years when water in the canals was especially low, he could not farm at all. But now, Ilband has been able to cultivate wheat, corn, carrot, tomato, cotton, and different vegetables, enjoying good harvests through the seasons.

"Our activities have enabled farmers to have sufficient water throughout the seasons while saving a great amount of time and money."
Zahirullah
Social Worker, Irrigation Restoration and Development Project 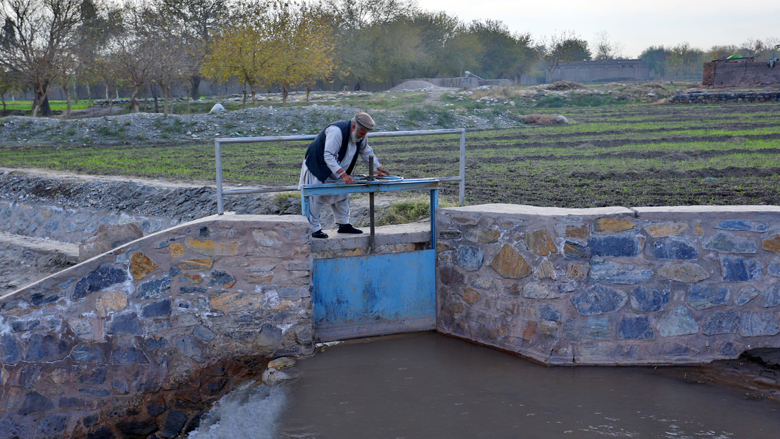 The project supported the rehabilitation of protection walls, footbridges, and lining for the canal that reaches some 330 hectares of farmland in Samarkhil and the nearby villages of Araban and Saracha Alikhil, which altogether are home to more than 11,000 people.

. So far, a total of 98 irrigation schemes have been rehabilitated, covering 100,000 hectares of irrigation command area and benefiting over 63,000 farmers. The project, in partnership with the Government of Afghanistan, is supported by the International Development Association (IDA), the World Bank Group’s fund for the poorest countries, and the Afghanistan Reconstruction Trust Fund (ARTF), administered by the World Bank on behalf of 34 donor countries.

. It operates under the umbrella of MEW in six regional offices: Kabul, Kandahar, Kunduz, Herat, Jalalabad, and Mazar-e-Sharif.

In the eastern region, . “Our activities have enabled farmers to have sufficient water throughout the seasons while saving a great amount of time and money,” says Zahirullah, 43, an IRDP social worker who is the liaison between the project and community. Moreover, many villagers have been given the opportunity to supplement their income by working on the reconstruction of the canals.

Although Nangarhar province is not different from other provinces in being affected by drought, IRDP’s rehabilitation of existing irrigation schemes has increased canal efficiency by minimizing water loss and optimizing water use for irrigation. . IRDP has been instrumental in increasing the adequacy and reliability of irrigation water to help farmers combat the effects of drought. 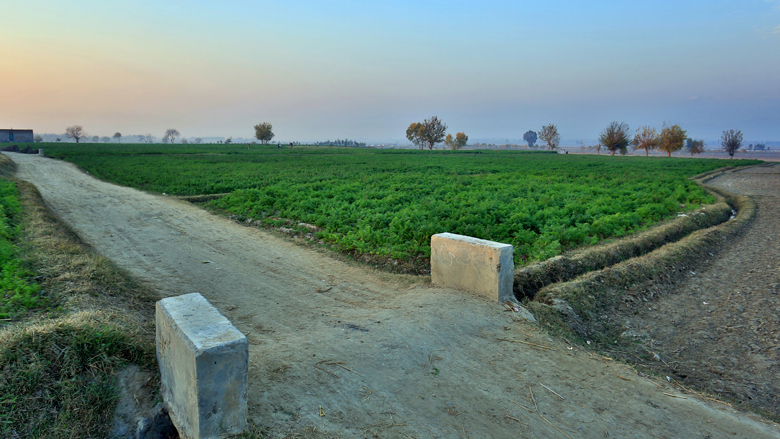 The project aims to improve access to irrigation in targeted areas and to strengthen the capacity of Ministry of Energy and Water staff on water resources management. Photo Credit: Rumi Consultancy/ World Bank

Before rehabilitation, the Samarkhil canal had poor water flow and high levels of water loss as a result of the varying width and height of accumulated earth banks in the canal bed, coupled with a sandy bed and embankment in several parts of the canal. The canal also was plagued by mice, which would burrow into its walls. Farmers had to fill the holes with soil when bringing water to their farmlands—a practice that wasted both water through seepage, and the farmers’ valuable time.

“,” says farmer Malik Shamshir, 48. A father of eight, Shamshir is the only breadwinner in his family and farming is his only source of income. . “Our problems are solved and we are very happy now,” he says.

The rehabilitated irrigation scheme has made an impact on their agricultural practices and on family economies, farmers say. They are able to manage and use the water more efficiently and to cultivate a variety of crops, boosting income.

Farmer Gul Reza, 60, has seen a difference to his output since the rehabilitation. His farmland, located at the end of the Samarkhil canal, suffered from insufficient water previously, which resulted in poor harvests. “There is a 90 percent difference,” he says. “Previously I harvested 420 to 490 kilos of wheat per jerib, now I harvest 560 to 630 kilos per jerib.”

Another farmer, thirty-year-old Zabihullah from Araban village, says that the toughest times are behind them, but there are still challenges in parts of the canal, which have not been lined yet. “In the future, if the project could improve those areas, it would solve our problems 100 percent,” he says.