North Macedonia’s drive for excellence: shaping and maintaining a state of the art Public Debt Department 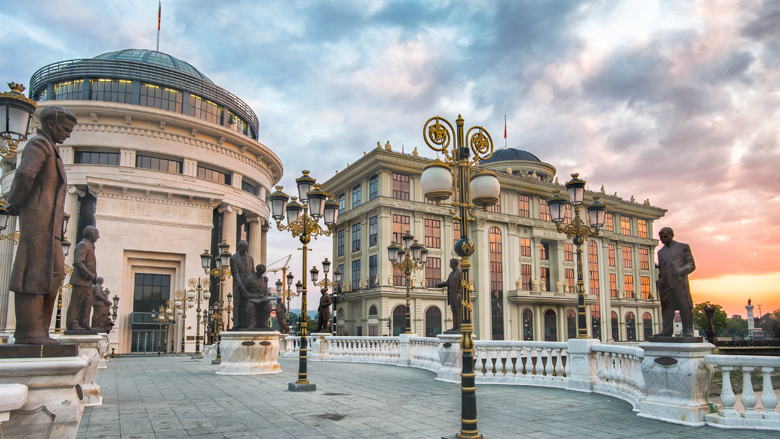 North Macedonia, a country of two million people, is defined by its scenic mountains, valleys, rivers and hardworking people. Since the government designated accession to the European Union (EU) as the highest strategic priority for the country in 2005, the country has been restructuring itself steadily to adopt best economic and social practices. Ranked among the top five “reformatory states" in 2009 by the World Bank, North Macedonians have made headway in their quest to bring the country to EU standards. That includes the Macedonian public debt department (PDD), a small team of ten practitioners, who are driven to improve, adopt sound practices, and do it fast.

North Macedonian public debt department finds a trusted partner in the World Bank Treasury to support their efforts for developing their human capital.

After an assessment, GDRM-PDD joint team agreed on the components they wanted to tackle during the next five years, to bring the Macedonian PDD on par with sound practice. “Six major reform components within a period of five years might seem ambitious, but not for the Macedonian PDD team.” said Rodrigo Cabral, Senior Financial Officer and North Macedonia Task Team Leader, World Bank Treasury. “Typically, countries tackle one component at a time, because of the limited human capacity and having to handle reforms on top of their day-to-day operational work. But with North Macedonia, it is different. There is an understanding within the technical team to improve from within.”

North Macedonia-GDRM joint team started work on the Debt Management Strategy, with a training in January 2017, to build the public debt department’s technical capacity for sound cost and risk analysis.

North Macedonia’s drive to shape a state of the art Public Debt Department, and the constant pursuit to build human capital to make the economy more resilient to fiscal shocks will be the legacy of self-driven civil servants in this small but impactful team. And with the World Bank Treasury to support them along this journey, they are making headway in record time.