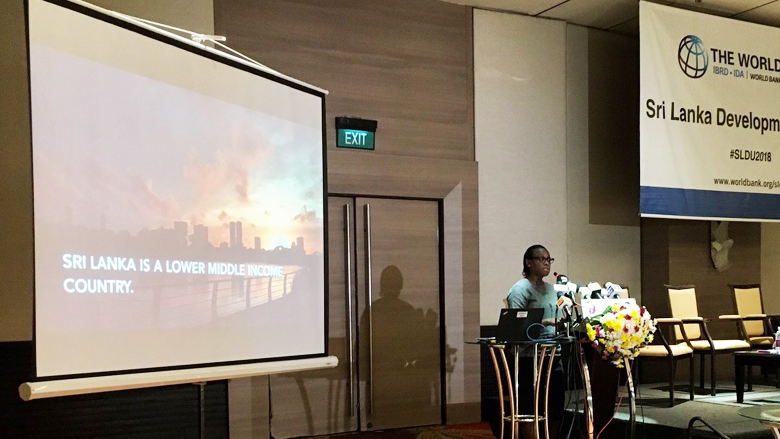 “We need youths to be at the forefront of creating jobs,” said Dr. Idah Z. Pswarayi-Riddihough, World Bank Country Director for Sri Lanka and the Maldives, at the launch of SLDU.

In 2017, Sri Lanka had an estimated 497,000 job vacancies. Critical skills mismatches between the qualifications job seekers possess, and the expectations of employers, have left key industries like tourism feeling the pinch. With the country currently reporting high rates of youth unemployment, the figures underlined the importance of the reform agenda in Sri Lanka.

In a discussion held to mark the launch of the World Bank’s latest edition of the Sri Lanka Development Update [SLDU], panellists noted that when it came to job creation, the island was grappling with complex and interlinked challenges that spanned the spectrum from education to legislation. As technology forced rapid evolution in the world of work, youth would drive change.

“We need youths to be at the forefront of creating jobs…We need them to push policy makers, the private sector and the public sector to lift hurdles in their way so they can get on with being tomorrow’s employers and innovators,” said Dr. Idah Z. Pswarayi-Riddihough, World Bank Country Director for Sri Lanka and the Maldives.

As Sri Lanka strove to increase its exports, the island’s workforce would be thrown into competition with global players. Ralph Van Doorn, senior economist and one of the author’s of the SLDU said: “We think that the job agenda is the competitiveness agenda – if you become more competitive, you will create more and better jobs.”

Below are highlights from the hour-long panel discussion, moderated by economist Kithmina Hewage. 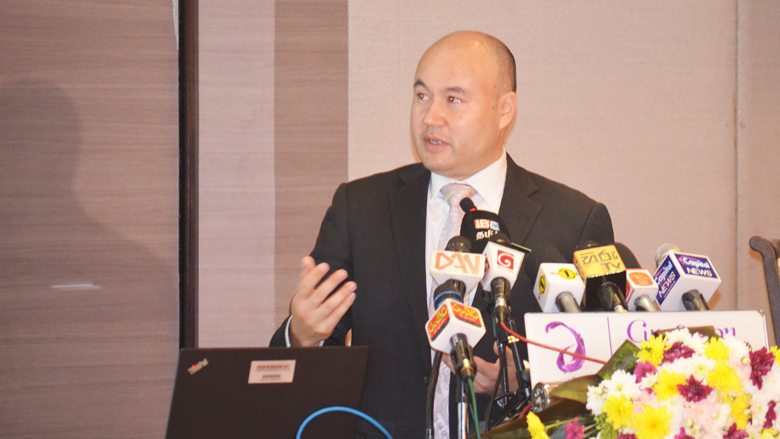 “We think that the job agenda is the competitiveness agenda – if you become more competitive, you will create more and better jobs,” said Ralph Van Doorn, senior economist and one of the author’s of the SLDU.

Realising the potential of women and youth

The SLDU notes that Sri Lanka needs to create jobs opportunities appropriate for its labor force, in particular for youth and women. In 2017, the unemployment rate for those between 15 – 24 years old stood at 18.5 percent – as compared to just 0.9 percent for those aged 40 and over. Among all age groups, women were more at risk of unemployment than men.

“The way our tertiary system is structured now, it cannot react to fast enough to changes in the markets. We need to figure out models which can help us produce graduates demanded by the market,” said Dr. Nisha Arunatilake, Director of Research at the Institute for Policy Studies, sharing her conviction that finding a role for the private sector would inject resources and drive innovation in the education system. She emphasized that this must be done while ensuring equity and access to education for all.

Prof. Dayantha Wijesekera, former Vice Chancellor of Open University and University of Moratuwa, suggested that by reintroducing once popular apprenticeship schemes and making course admission criteria more flexible, universities could better support students willing to add new skills and knowledge to their resumes. “We should have more and innovative methods of attracting youth to the already adequate facilities for vocational training, rather than spending more money on infrastructure,” he added.

While such reforms would help young people across the board, more needed to be done to ensure women joined the workforce. The expansion of quality subsidised or community-funded childcare is critical, said Ganeshan Wignaraja, Chair of the Global Economy Programme at the Lakshman Kadirgamar Centre. He added that the level of harassment women faced on public transport and in the workplace was shocking and called for a strong, well-considered response from the state and from employers.

Critical to creating confidence in foreign investors and improving Sri Lanka’s business environment will be updating Sri Lanka’s labour laws. “Reform to the labour law is essential,” Ayomi Fernando, Industrial Relations Advisor for the Employers Federation of Ceylon noted, adding that efforts have long been underway to update and simplify the relevant laws, some of which date back to 1950s.

“Quite a few of them pose huge restrictions to employment generation, to people moving jobs,” she said, explaining that investors naturally baulked.

The laws also weren’t made with the modern market in mind – for instance, many local offices must now consider the working hours of colleagues in other timezones, for which no allowances are made. The rising numbers of freelance and part-time workers, and those wishing to work from home were also not addressed, creating challenges for employers and employees both.

Meanwhile, SMEs in Sri Lanka’s large informal sector needed incentives to formalize said Ralph, pointing out this would in turn give them access to institutional support, market linkages and financial backing that could help them grow. Studies estimate that 60 percent of all employed people work in informal work arrangements. Here, reforms could pave the way for extending the protection of labor laws to such employees.

Designing protections for the most vulnerable

One of the fastest ageing countries in the world, Sri Lanka faces a demographic transition that will leave the country with fewer earners and a larger proportion of dependents. Highlighting that pensions were one of the key deciders for job seekers, Ganeshan pointed out that there was a pressing need to create viable alternatives for the private sector, perhaps by allowing reputed private pension providers to set up shop in Sri Lanka. Ralph added that it was important to gradually expand pension coverage and to increase portability of pension schemes to reduce the bias to public sector employment and protect informal sector workers.

The panel agreed that Sri Lanka’s existing social protection programs lack adequate coverage, and need to be better targeted. Currently, upon retirement private sector employees receive inadequate pension benefits, a lump sum payment at retirement or no pension at all. “Pension reform, as we age, will become the number one issue, otherwise I fear the country will face a crisis of old age poverty...” said Ganeshan.

Ayomi cautioned that the gender aspect of the issue should not be ignored: “One real problem that we have with pensions in Sri Lanka is that they are linked to employment, and what we are seeing is that 50 percent of females never work and they are the ones who live longer – they live eight years longer than men – and they are ones who don’t have access to pensions. So pension reforms should delink pensions from employment.”

In the end, the panel agreed that neither the public sector nor the private sector could rescue the economy alone. “We need to build financial literacy and encourage people to plan for their old age,” said Wignaraja. “The state cannot do everything, not in the macroeconomic situation where we are. I think it’s time that people woke up to this reality.”