From disappearing glaciers to extreme weather events, climate change has many faces in Central Asia.

To visually capture the impact of climate change in their communities, we invited photographers from five countries in Central Asia to share their photos as part of a region-wide competition.

We received over 300 photos. Today on World Environment Day, we are sharing the winning entries:

Category: "The role of woman in the sustainable use of natural resources in changing climate conditions" 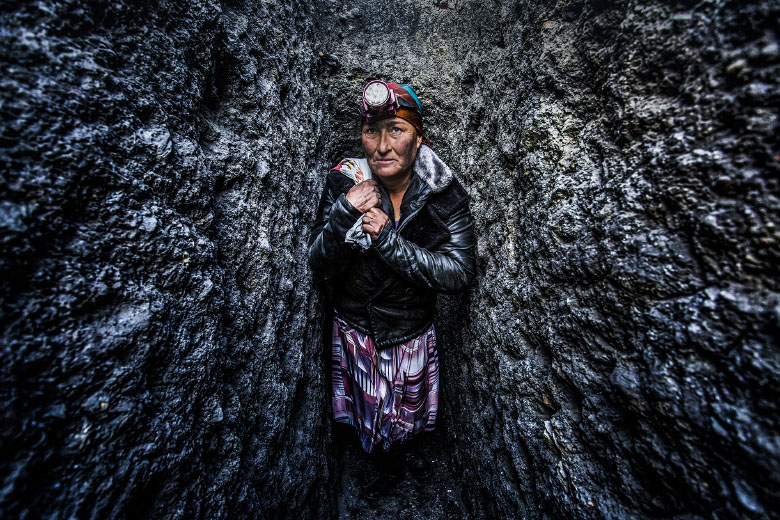 Sayyora is 45 years old and works in a mine where she manually digs coal at a depth of 100 meters and pulls 30 kg of coal in a bag. She has her own site in the mine. Her husband died 5 years ago and she is the only breadwinner in the family. Sayyora carries two bags of coal to the neighboring village 3 times a day, and sells it for 25 somoni ($3), and does so every single day until the last days of the winter. In the summer, she works as a shepherd to help feed her children. Sayora is a hardworking and caring woman.

This photo was taken in Jalal-Abad oblast in the Kyrgyz Republic. A woman grazes sheep against the background of ever white mountains. Global warming affects villagers' way of life. The arid climate means that people must graze their sheep higher and higher in the mountains, where the grass is better than in the lowlands. Because of the precarious economic situation, men often have to look for work far away from home, leaving the economic burden on the shoulders of women and children. 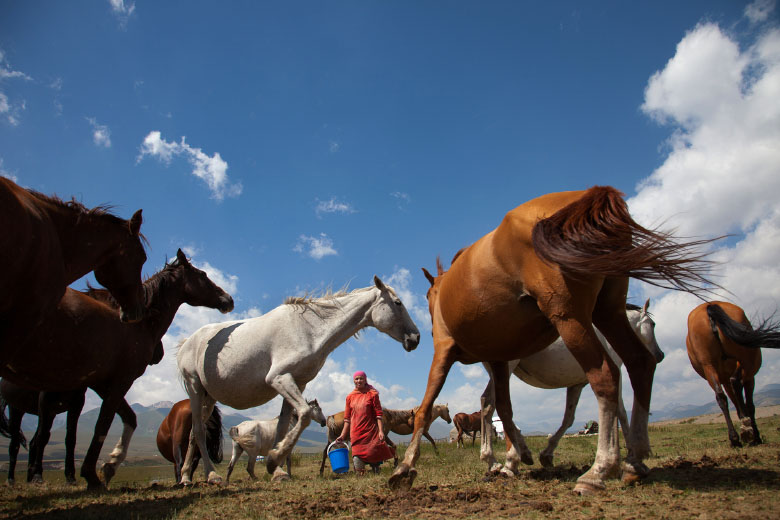 Adapting to a changing climate has long been a tradition in Kyrgyz Republic. For a long time, nomadism has been a way of using the local climate throughout the year. In a sense, a nomad is an eternal traveler seeking a favorable climate for himself and his herd. The nomad follows relatively favorable climatic characteristics, avoiding the hot dry summer extreme conditions in the foothills and severe winter cold in the highlands.

Category: "The effects of climate change on the state of glaciers and water resources in Central Asia"

Melting glaciers near the Kumtor gold mine 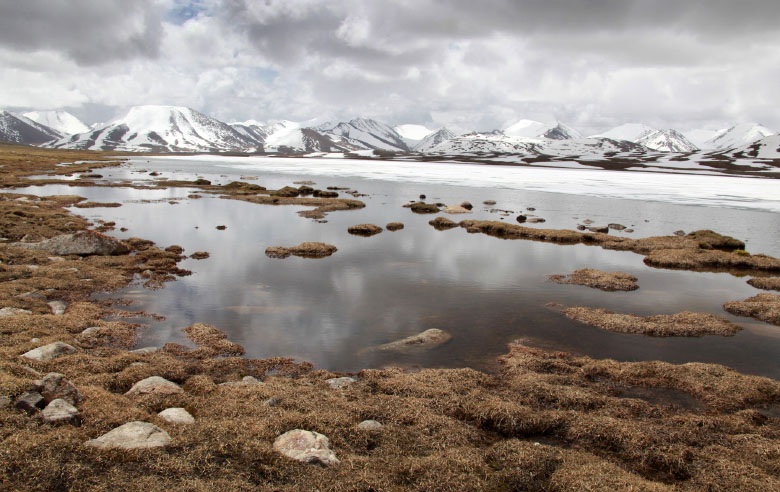 Melting glaciers near the Kumtor gold mine at the south of the Issyk-Kul lake, in the Kyrgyz Republic.

Once there was a sea, then a human being came along 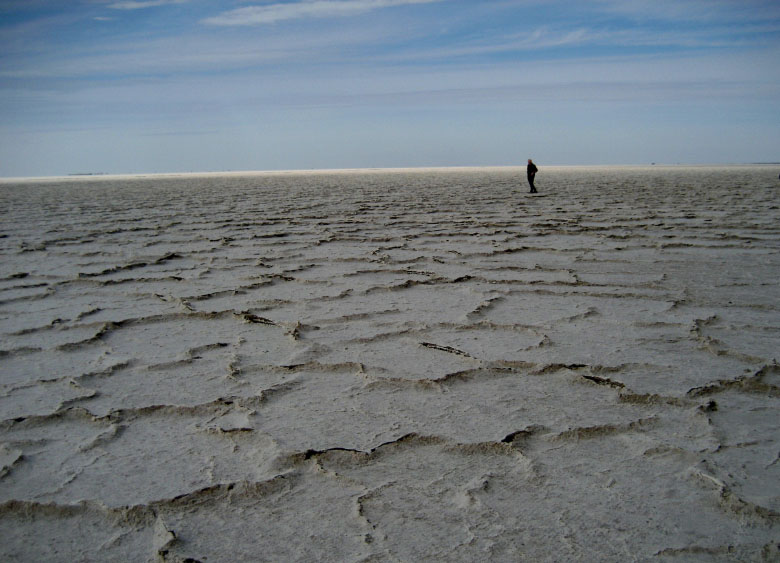 The sea dried-up, and then it remained a salt lake. Human beings ruined the lake, but they can also rehabilitate it!

Dry bottom of the Aral Sea 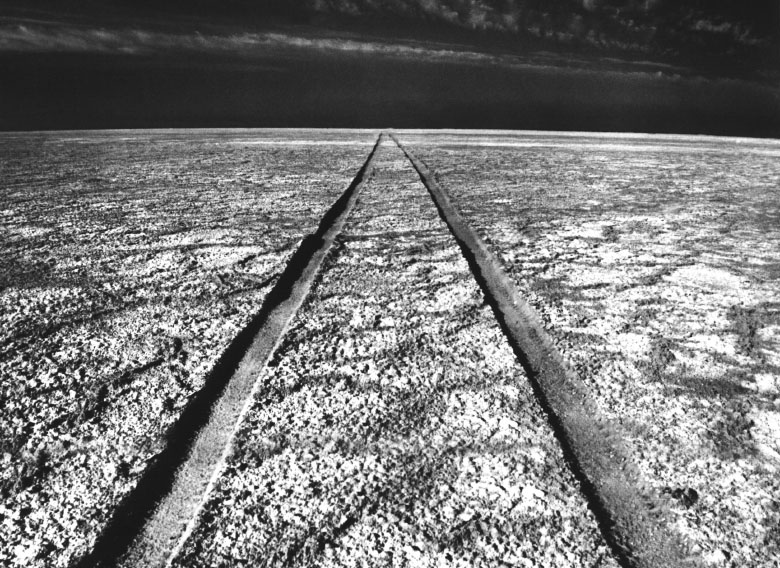 A photo of car tracks made on the dried, salty surface of the waterless Aral Sea. This photo reminds of a lunar landscape.

Category: "The impact of climate change on the welfare of the rural population of Central Asia"

A sandstorm is not a reason to miss school 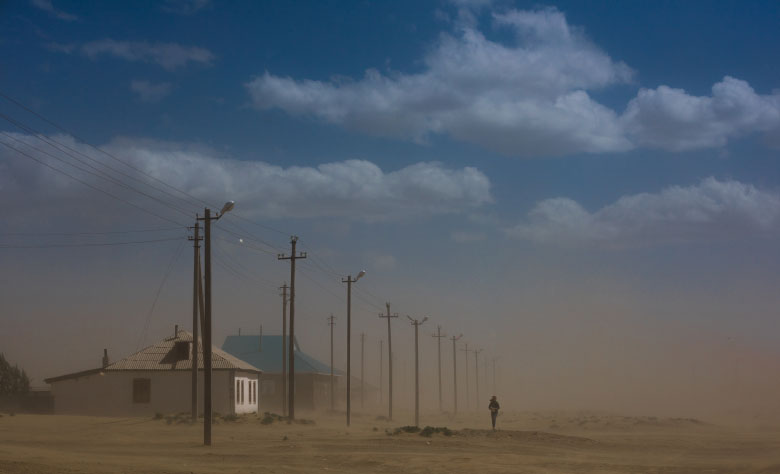 This photo was taken during a severe dust storm in Akbasti village, Kyzylorda region. The village is located between the North and South Aral Seas. Due to climate change, desertification of the land has caused a rise in temperature and an increase in the occurrence of dust storms. Despite strong gusty winds of sand, the girl in the photo goes to school. For local residents, such weather conditions have become the norm.

In search of the sea 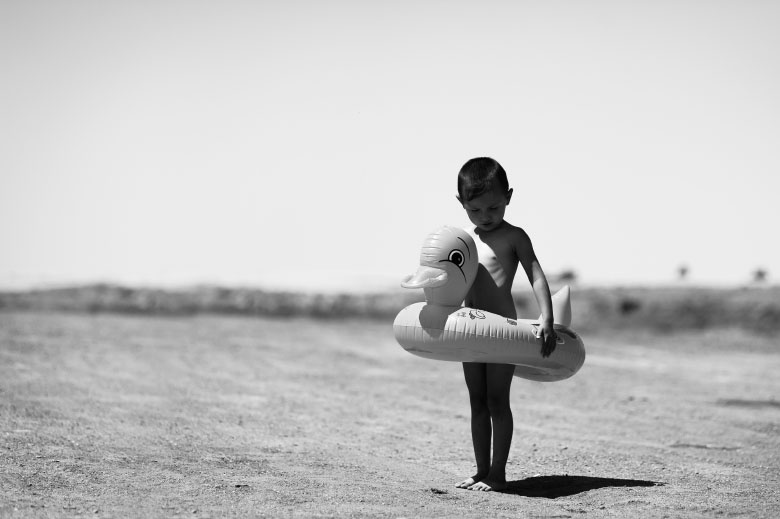 Photo of the bottom of the Aral Sea, near the fishing village of Akespe. This photo was taken during the Ulytau-Aral expedition in 2016. That particular day we stopped near a hot spring. The place is considered holy, and pilgrims come here. A family arrived by car, and a boy ran out with an inflatable toy. But the irony was that there was no water in which to paddle or swim.

Spring in the steppe 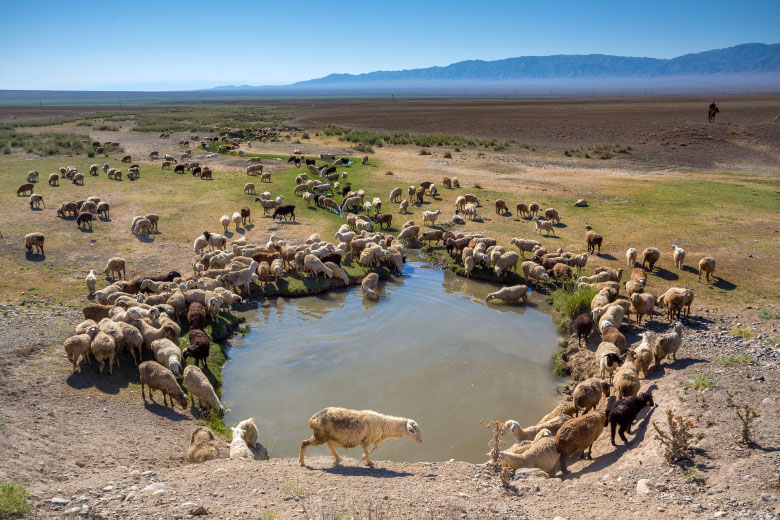 Spring in the steppe is salvation for all, Almaty region, Kazakhstan.

This regional photo-competition was organized in partnership with the Regional Environmental Centre for Central Asia, as part of the Climate Adaptation and Mitigation Program for Aral Sea Basin (CAMP4ASB). The winners were selected by a committee and awarded at the Central Asia Climate Change Conference in Almaty. For more information please visit: www.climate.carececo.org