Fragile States: Employment Programs Must Become a Bridge to Prosperity 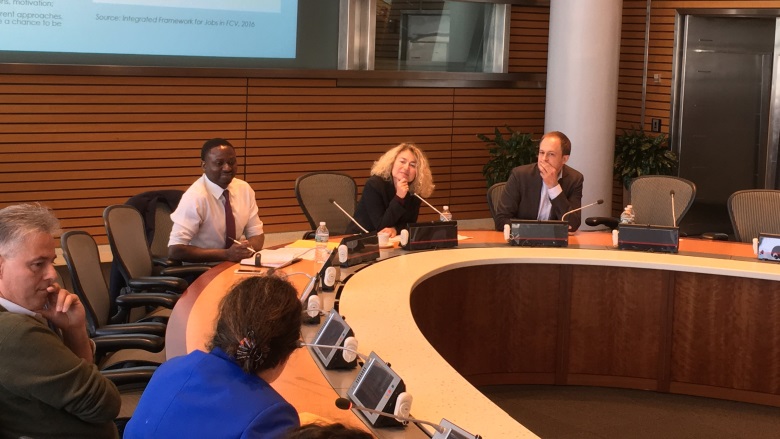 Employment and Violence in Fragile States

In fragile and conflict-affected states, governments frequently turn to public works programs to provide temporary jobs to vulnerable populations. A new body of research is showing how policy makers can redesign these programs to transform their short-term benefits into long-term prosperity and stability.

“Millions of dollars have been spent on public works programs to bring jobs to those living in desperate circumstances,” said Asli Demirguc-Kunt, Director of Research at the World Bank. “Only a handful of rigorous studies have examined the impact and design of these programs. It’s a shocking lapse that we’re only just beginning to address.”

Eric Mvukiyehe, an economist with the World Bank’s DIME team, discussed the results of an on-going multi-year, multi-country effort to investigate the links between employment, welfare, and violence at a recent Policy Research Talk. Mvukiyehe and his colleagues have so far conducted seven impact evaluations of public works programs targeting 40,000 households in five conflict and violence-affected countries: Comoros, the Democratic Republic of Congo, Egypt, Tunisia, and Côte d’Ivoire, with results already available for the latter three cases.

The motivation for these programs is twofold: to provide vulnerable households a temporary income when jobs are scarce, and to create opportunities for at-risk youth who might otherwise be drawn to crime to survive.

The results of these programs have been strikingly consistent. In the short-term, they all deliver critical economic benefits for the communities where they are offered, whether measured by rates of employment, income, or consumption. The improvements in economic welfare—even if only temporary—are encouraging since they demonstrate these programs are effective safety nets during emergencies. However, the programs do little to tamp down crime or promote pro-social behaviors.

Results from Egypt illustrate these broader patterns. The country has long struggled with high rates of unemployment, and poor households faced severe deprivation in the wake of the 2008/2009 food and fuel crises. With support from the World Bank, the government of Egypt enacted the Emergency Labor-Intensive Investment Project, which included a component to employ poor youth on a short-term basis to work on health promotion, literacy, and other social service projects.

The program achieved its immediate objectives. Communities that were offered the program benefited from an uptick in employment, a 35 percent increase in monthly earnings, and much higher rates of saving. However, the benefits appeared to wane over time, with rates of employment falling close to their pre-intervention levels within a few months. The program also had little or no impact on measures of violence, conflict, or crime.

Given the results of Egypt’s public works program, as well as similar results in Tunisia and Côte d’Ivoire, Mvukiyehe urged researchers to work with policy makers to transform public works programs from a short-term emergency measure into a bridge to prosperity and stability. This would require targeting beneficiaries more effectively, providing support to participants to transition to the private labor market or start businesses, and identifying ways to more directly target crime and violence.

“We tend to conflate distinct problems and assume that one approach can solve them all,” said Mvukiyehe. “In fragile states, violence and poverty exist side by side, but they are two separate things. We need to be clear about what our priorities are and design programs accordingly.”

"We tend to conflate distinct problems and assume that one approach can solve them all. In fragile states, violence and poverty exist side by side, but they are two separate things. We need to be clear about what our priorities are and design programs accordingly." 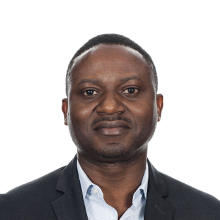 To target crime and violence directly, researchers have drawn on insights from the field of psychology. Cognitive behavioral therapy (CBT) is a technique that has proven to be effective at helping at-risk youth challenge harmful patterns of thought, learn how to emotionally self-regulate, and practice new skills and behaviors. Economists and psychologists teamed up to test a CBT intervention in Liberia, a country that has suffered two civil wars in the past three decades. They found that when poor, at-risk youth living in Monrovia were offered both a small cash grant and CBT, crime fell by a striking 37 percent one year after the intervention.

Complementary interventions can also help turn the short-term economic benefits of public works programs into sustained livelihoods. In the Democratic Republic of Congo, the DIME team is currently examining whether interventions such as vocational training and savings mechanisms can lead to enduring gains in employment. In Tunisia, a future evaluation will identify ways to help women overcome the specific barriers they face to participate in labor markets or start businesses.

Finding money to pay for these add-on interventions is no small task, but according to Mvukiyehe better program design could free up additional resources. An analysis of Côte d’Ivoire’s Emergency Youth Employment and Skills Development Project found that better targeting to the most vulnerable groups could drastically improve the cost effectiveness of the program—in principle making financing available to invest in other interventions.

Over the past two decades, the world has made tremendous strides in reducing extreme poverty. But the extreme poor are becoming ever more concentrated in fragile states, where violence and conflict create large barriers to escaping poverty. Whether the world reaches the goal of eradicating extreme poverty by 2030 may hinge on the success of the development research community in designing programs that can address the multifaceted needs of these fragile states.