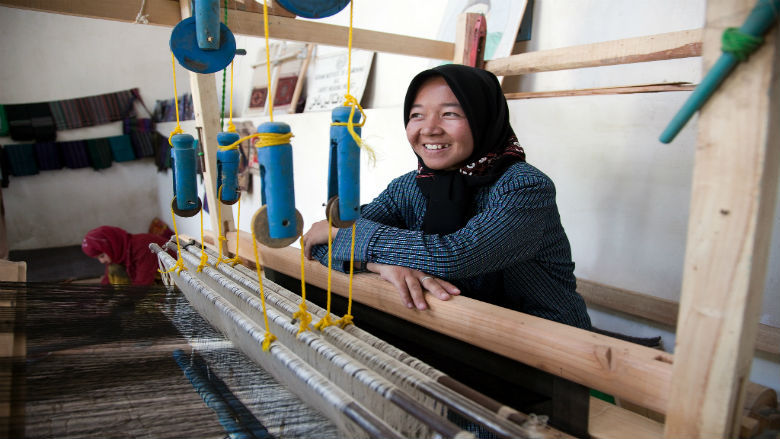 The international community is committed to assisting communities emerge from conflict, sustain peace, and resume growth. The World Bank, bilateral, and other multi-lateral donors invest billions of dollars a year to help achieve peace and build states. The evidence base for designing such programs is, however, sparse, especially with regards to rigorous evaluations aiming to identify what works, and how, to reduce fragility, conflict, and violence. This knowledge vacuum impedes our ability to design effective interventions to promote poverty reduction and welfare improvement in FCV settings.

Rigorous evaluation of policies targeting FCV issues is therefore of paramount importance, all the more so as the volume of resources from the World Bank and other development partners towards such settings increases (under IDA18, for example, the World Bank is set to significantly increase financing for FCV-related issues). Not only is developing this evidence a priority, but experience to date shows that, even with the amplified challenges of working in FCV environments, rigorous evaluation in such settings is possible. IEs have been conducted in diverse FCV countries such as Afghanistan, DRC, Colombia, Cote d’Ivoire, Sri Lanka, Rwanda, northern Nigeria, and Liberia.

In March 2014, DIME and partners inside and outside of the Bank launched the Evidence for Peace (E4P) program. Its overall goal is to assess evidence gaps in FCV responses and generate improved knowledge about how to best support FCV clients to deliver the results so critically needed for citizens to gain confidence in the path out of conflict.[1] E4P was the first IE program to benefit from a launch workshop under i2i, followed by the first open call for proposals for impact evaluations addressing the program’s four initial themes: jobs for resilience, public-sector governance, urban crime and violence, and gender-based violence.

Today, the program includes 36 IEs across 21 countries. The portfolio represents around $30 million of research across projects of a total value of $2.1 billion. Further, a series of white papers synthesizing the state of the evidence in each of the four target themes and proposing priority IE research topics will be completed and disseminated in 2017.

An important development during the last program year has been the redefinition of the E4P focus areas around broader development issues encompassing and building on the original four program themes. Four key research areas have been defined: (i) basic service delivery in weak states; (ii) job opportunities for at-risk youth; (iii) breaking poverty traps and vulnerability; and (iv) the political economy of post-conflict reconstruction. This redefinition was conceived with a view to strengthen linkages with other i2i areas and with World Bank Global Practices, beyond the FCV group. Work under each key research area is summarized below. 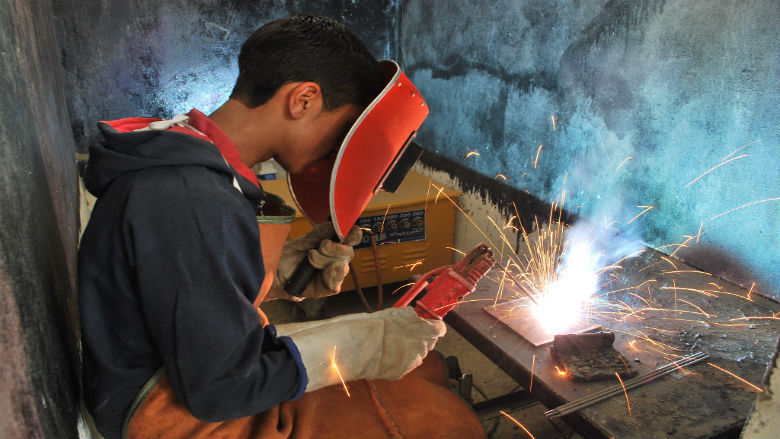 Youth in FCV contexts are often left with few marketable skills and little opportunities to cultivate a sustainable livelihood. They can become vulnerable to involvement in conflict, illicit activities, or violent crime. Work in this area investigates ways of breaking this cycle of poverty and violence through hard and soft-skills training, psychosocial therapy, and labor market-insertion programs.

The program is currently seeking to expand the opportunities for at-risk youth in Cote d’Ivoire, Honduras, Liberia, and Nigeria. For example, work in Honduras looks to break cycles of crime and violence through a temporary jobs program aiming to provide at-risk youth with the hard and soft skills needed to succeed in the labor market. A focus on cognitive behavioral therapy as well as traditional skills-based training aims to provide recipients with the practical and emotional resources to earn a sustained livelihood in a challenging setting.

Strong institutions that provide quality services to citizens are a necessary condition to support countries to move out of fragility, conflict, and violence. Yet, these are the settings in which institutions are likely to be the most eroded and dysfunctional. Here, the program focuses on civil-service reforms as well as the rebuilding of government capacity and accountability systems, to improve our understanding about what works to develop effective governance structures where it is most needed and, perhaps, the state is least capable.

Work towards service provision in weak states is ongoing in Liberia, Zimbabwe, and the DRC. For example, work in the DRC seeks to attract talented individuals to work in the country’s civil service, investigating the effect of deployment outside one’s home region on breaking the patronage systems common in the government.

In FCV contexts, support for vulnerable groups is often lacking and both their immediate and long-run needs are overlooked and their productive capacity ignored. This can lead to a perpetuation of poverty traps and cycles of vulnerability. Further, evidence shows that poverty-induced vulnerabilities tend to disproportionately affect women and children. Our research work in this area builds on the ultra-poor literature to understand the potential of interventions geared toward breaking poverty traps and addressing systemic vulnerabilities. It also considers the effectiveness of social safety-net programs to support such individuals as well as big-push interventions, which seek to provide a productive livelihood and exit from poverty traps in the long run.

Research is currently ongoing in Afghanistan, Comoros, the DRC, Egypt, and Tunisia. In Comoros, research examines the implications for expenditure and intra-household resource allocation of assigning cash-for-work safety-net schemes to women. Our work measures differences in investment in children, an area of central importance for breaking cycles of poverty in fragile settings. It also investigates the potential of norms-shifting and targeted interventions to eradicate child labor and address gender-based violence.

E4P research in this area focuses on understanding the drivers and perpetuators of conflict and on evaluating strategies designed to address these. Postwar societies are often confronted with a wide range of issues—including information asymmetries between elites and masses, low levels of inter-personal coordination, social dislocations, and security and mobility constraints—that prevent a rapid return to stable social and political orders. Some of these are root causes of the conflict in the first place or conflict drivers that sustain FCV cycles.

Work in post-conflict reconstruction currently focuses on Liberia, Sierra Leone, and the DRC. For example, research in Liberia seeks to overcome informational asymmetries and collective action problems in rural areas by providing groups of women with access and a safe space to listen to unbiased political radio broadcasts by United Nations peacebuilders. Results show that overcoming these barriers can increase female political participation in many forms. 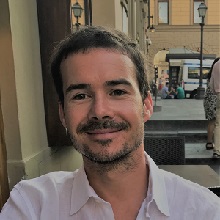