A former thermo power plant in Wuxi, China, has been converted into a heating steam distributor.

China, India, Indonesia, the Philippines, Pakistan, and Vietnam are critical for global climate action. Why? Among other reasons, because three-fourths of all new coal-fired power plants to begin operations before 2020 globally will be in these six Asian countries. Fostering more energy efficiency will be imperative in the countries’ efforts to adopt a low carbon energy path.

One initiative that supports efforts to scale up energy efficiency and clean energy – and lower greenhouse gas emissions – in these six countries is the Energy Transition in Asia program managed by the Energy and Extractives Global Practice.

By the end of the three-day workshop, participants from governments not only requested follow-up assistance but also to learn more from their newfound friends about conserving more energy. “We were able to advance country engagement with the clients on energy efficiency,” explained Xiaodong Wang, team leader for the Energy Transition in Asia initiative. “Conducive policies that combine mandatory regulations with financial incentives are essential drivers to create market demand for catalyzing investments in energy efficiency.”

Results are already encouraging. China is a leading example. From 1990 to 2010, more than half of global energy savings took place in China, thanks to the government’s ambitious targets, stringent regulatory policies, generous financial incentives, and effective institutions – all of which reiterate strong commitment to energy efficiency. Reducing energy intensity was made a mandatory target, allocated to each province and 17,000 energy intensive enterprises. Efficiency standards for appliances, buildings, and vehicles were upgraded and complemented with billions of dollars of financial incentives in output-based subsidies, rebates for energy efficient consumer products, and compensation for the phase-out of inefficient stocks. All these efforts were monitored across the country.

India also led by example. Energy savings targets – at least for energy intensive industries – were made mandatory with the Perform, Achieve, and Trade scheme (PAT), which also allows the trade of Energy Savings Certificates to achieve targets in a least-cost way. Non-compliance at the end of the three-year cycle incurs a financial penalty. The results of the first phase surpassed targets. The second phase began in April 2017.

Workshop participants from India reminded, however, that these are early years. Following a visit to the district cooling system under Marina Bay Sands – the world’s largest underground facility and its most efficient – S.P. Garnaik, Chief General Manager of India’s Energy Efficiency Services Ltd. (EESL), a joint venture under the Ministry of Power, envisioned replicating such a system in India. But while a policy framework is being prepared to support the use of district cooling systems in rapidly urbanizing India, Garnaik admits that substantial results may take time, as “these are very new concepts.”

In addition to the mandatory output-based target approach in China and India, participants also noted Singapore’s green mark program, which combines mandatory building codes with financial incentives from the government for auditing and investment costs, as a model to emulate.

Indeed, the knowledge gap between participating countries is large. Yet even countries in the ‘nascent’ phase are eager to make progress.

Energy intensity in Asia is highest in Vietnam, with energy consumption by industry accounting for almost half of the country’s total energy use. Current efforts towards energy efficiency are encouraging. Labeling schemes have been established and energy management systems now require energy managers and auditors in large energy users. Indonesia is implementing a similar  system. 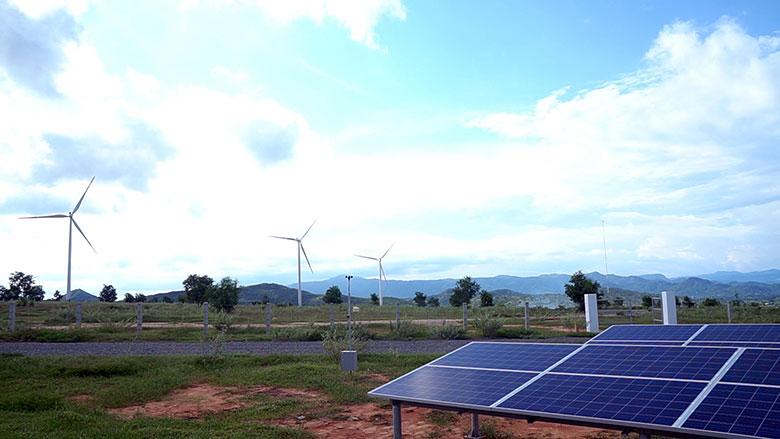 Learning from one’s peers can be galvanizing. As Trinh Quoc Vu of Vietnam’s Energy Efficiency and Sustainable Development Department at the Ministry of Industry and Trade explains, Vietnam is eager to learn from China’s and India’s shift to a mandatory target approach. Indonesia’s delegates were inspired by their peers’ experience in expanding pilot programs. The Bank is providing advisory services to both Indonesia and Vietnam in their efforts to scale up energy efficiency.

The workshop also highlighted the critical role of strong government support in developing the ESCO business. ESCOS are energy service companies which design and implement energy savings projects.  Energized by his peers, Trinh is now intent on exploring mechanisms for promoting and incentivizing the ESCO business in Vietnam.

In India, the Partial Risk Sharing Facility for Energy Efficiency initiative, financed by the Clean Technology Fund (CTF) and Global Environment Facility (GEF) resources, is supporting private sector ESCO-implemented energy efficiency projects through partial credit guarantees. The China Energy Efficiency Financing Project has leveraged the original World Bank financing eight times over, with a total investment of US$2.6 billion. The project has led to an annual reduction of 11 million tons of CO2 emissions.

Such figures may seem ambitious, but workshop participants were unfazed. Many are confident they will accomplish similar achievements. When learning from one’s peers, who all face challenges in their respective development journey, anything can seem possible.