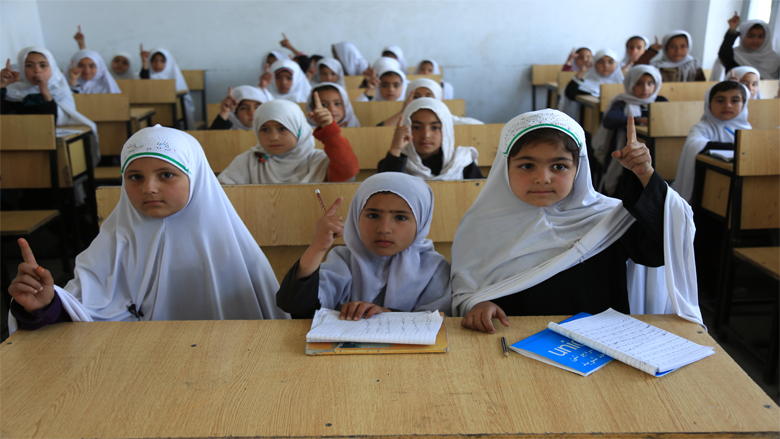 KANDAHAR CITY – In an otherwise stark classroom, 51 bobbing heads covered in matching white scarves are focused intently on reciting their lessons, interrupted only by the sporadic rustle of a notebook on one of the many wooden desks. The 51 students, all in Grade 1, and all intent on mastering their Pashto lessons, repeat the alphabet after their teacher. The teacher alternates between chalking down instructions on the blackboard and stalling the recitation from time to time to correct their pronunciation.

It is just another school day at Shahid Khakrizwal Girls High School in district nine of Kandahar city. This was not always the case when the school had to battle many challenges because it did not have a permanent building. The hot spring and summer months made it difficult for students to attend classes regularly. Parents were not eager to send their girls to school and the girls who did enroll frequently fell ill from the extreme weather conditions that characterize the province. “Thank God, finally we have our own building with proper classrooms,” says Jamila, 28, the language teacher at the school.

Fatima Hashimi, 35, the school principal recalls the time when the school was housed in tents. “We had just four classes and in every class, there were only seven to eight girls,” she says. “We used to hold classes in tents. It was not possible to scale up to add additional grades.”

Enrollment has been on the increase since the school building was constructed. There are currently over 680 students from Grades 1 to 11 enrolled at the school. “Now, just in our first-grade class, we have more than 50 students and our enrollment has been increasing year by year,” says Fatima Hashimi.

The students are also clearly happy with the improvements in their school. “When our school did not have a building, the noise from the road used to interrupt our lessons. It was also difficult to study under the sun’s heat in the summer and winters were too cold,” says Nasiba, 16, a 10th grade student. “Our lessons are much better and now I am confident that when I graduate from this school, I will be accepted at university.”

Established in 2004 as an elementary school, the school had few facilities up to 2008 when it came under the Educational Quality Improvement Program (EQUIP). In 2009, an Infrastructure Development Grant (IDG) from EQUIP enabled the school to build the two-storey school building that houses 20 classrooms. The benefits of having a permanent building however are not just limited to the number of grades or enrollment, but to the quality of education as well. From limited facilities and just five teachers, the school became a high school in 2014 and now has 20 teachers.

Shahid Khakrizwal Girls High School is one of 360 schools in Kandahar Province that have received both an IDG and Quality Enhancement Grant (QEG) under EQUIP. 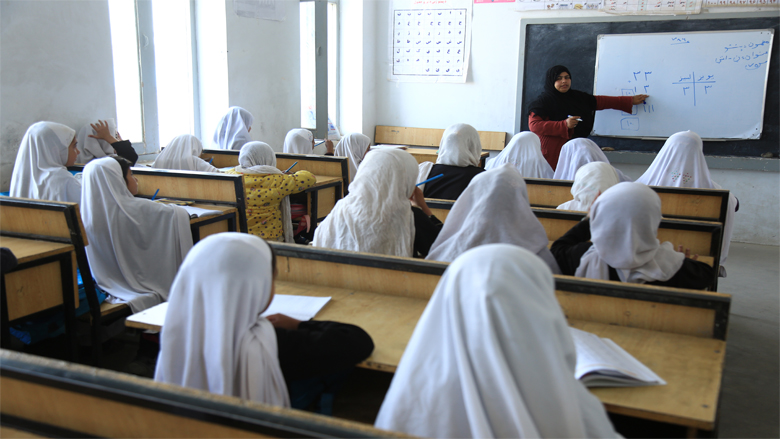 "Our lessons are much better and now I am confident that when I graduate from this school, I will be accepted at university."
Nasiba
student, Shahid Khakrizwal Girls High School 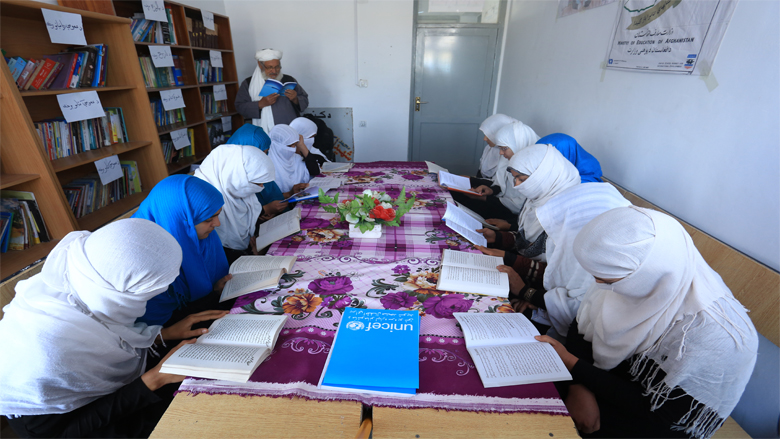 There are totally 256 School Management Shuras (councils) in Kandahar city which are like a bridge between schools and the community. Shuras play a key role in EQUIP by making contributiion towards improving overall school environment, including libraries, science and computer labs.

EQUIP started its work in Kandahar Province in 2008 and by 2016, the program had equipped 115 schools with libraries, computer laboratories, and science laboratories and constructed buildings for more than 80 schools.

The program has also established School Management Shuras (councils). A total of 256 Shuras are active throughout the province. These councils, composed of parents of students and community representatives, have brought communities face to face with education and have had a great advocacy effect on the relevance of school education. “Every month we have meetings with Shura members and share our problems related to the school and students, such as drinking water, student attendance,” Fatima Hashimi says. “The Shura acts as a strong bridge between the school and community.”

The EQUIP team too attests to the importance of the Shuras. “A lot of what we have been able to achieve has been with the help of the Shuras and the communities,” says Homayun Sadiqi, EQUIP Provincial Coordinator in Kandahar Province. “People have played an important role in the implementation of EQUIP projects in Kandahar Province by contributing personal funds and effort.” According to Homayun Sadiqi, residents in Kandahar have contributed almost 29 million afghanis (about $429,000) of their own resources to EQUIP projects.

The school building has also enabled teachers to organize their administrative tasks and plan classes better. “We did not have an office in the past,” says mathematics teacher Gul Ghotai, 26. “Having an office has enabled us to organize our work and maintain records of topics we have covered for each grade. A more structured approach to education has also improved discipline in our school.”

There is, however, still work to be done at the school. With enrollments, much higher than anticipated, the school is constantly facing shortages of materials in the library and science laboratory. The lack of a computer laboratory is also a shortcoming in the overall education experience of the girls. However, these problems are likely to be solved soon, according to Homayun Sadiqi.