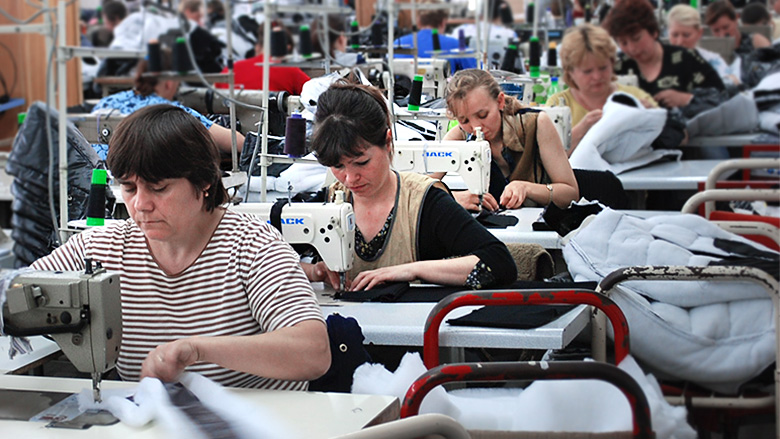 In Moldova, female-owned businesses currently represent only about 25% of all enterprises. Further investment in women entrepreneurship should therefore be highly encouraged, as evidence shows that female-owned firms produce higher average annual sales than male-owned firms in several industries. In addition, they employ more people, on average, and show a much stronger propensity to provide employment and advancement for other women.

Growth among female-owned firms during the period 2014 to 2016 remained lower than among male-owned firms in four out of seven identified industries in Moldova. There are indications that the attitude of government officials (around frequency of inspections), and even corruption, are disproportionately affecting women entrepreneurs in comparison to male-owned firms.

Similarly, there is some indication that banks are treating females unequally to men in defining their loan conditions. The overall picture suggests that, as their firms expand in size, women tend to lose ownership of those firms to males, which may be related to access to and control of capital and power.

Where female inclusion in an economy is comparatively low, there are clear benefits to recruiting and supporting women in entrepreneurship. But first, the systemic constraints that women face in business need to be removed, including through targeted policy action on the part of the government.

“In several industries, women-owned businesses are outperforming those owned by men,” says Linda M. Scott, Emeritus DP World Professor for Entrepreneurship and Innovation, University of Oxford, and founder of DoubleXEconomy, LLC. “Where women are not performing as well as men, they are generally encountering barriers that may be removed by new initiatives, such as special advisory services or grants programs.”

These are just some of the findings of a new World Bank report, Moldova – Supporting Women Entrepreneurship, being produced within the scope of the Second Competitiveness Enhancement Project for Moldova, which aims to help increase the export competitiveness of Moldovan enterprises and decrease the regulatory burdens they face. The report that also builds upon the Enterprise Gender Survey conducted earlier in 2017 will be released in December, available for download on the main page of our web-site.