Growth and Equality: Latin America Shows You Can Have Both 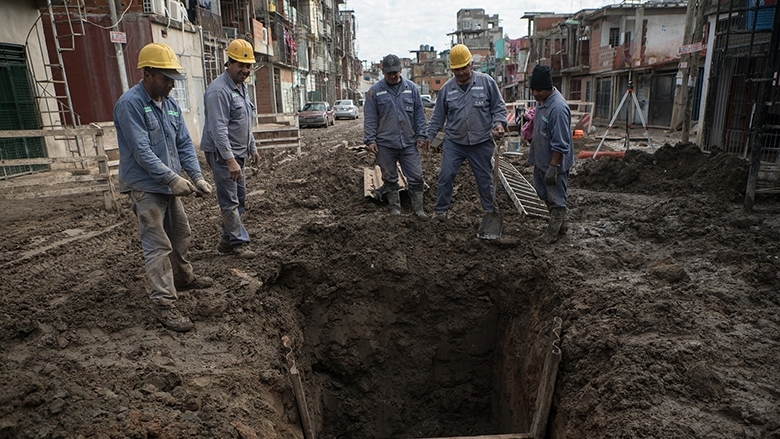 Latin America and the Caribbean is the only region in the world where wages became more equal during the last century, showing that growth and equality are not mutually exclusive.

This reduction was the main driver of the decline in household income inequality—even more important that the emergence of conditional cash transfer programs, the expansion of pension coverage, and changes in household demographics.

This reduction, which was greater in South America than Central America, isn’t due to just one factor, but several combined. Studying these not only lets us understand what happened, but helps us continue the positive trend into the future.

That is the goal of the new report Wage Inequality in Latin America: Understanding the Past to Prepare for the Future.

One of its authors, Joana Silva, a Senior Economist at the Office of the Chief Economist for Latin America and the Caribbean of the World Bank, explains how it was possible.

Q: The report finds that wage inequality -that is wage gaps across workers-  has shrunk in Latin America over the past 10+ years, why is that?

To give you an idea: wage inequality dropped by six Gini points in the region, which is as large as the difference in inequality between Germany and Argentina today.  For comparison, inequality in the US increased by the same magnitude between 1970 and 2004.

Q: This report also finds that wage inequality fell widely across the region as opposed to the rest of the world. Why?

A: According to our findings, this was primarily due to two forces:  economic growth and educational expansion.   The way Latin America grew in the 2000s led to more equal wages among workers with similar skills working for different firms. But it wasn’t just growth that reduced inequality. The dramatic expansion in education across the region led to a smaller college premium, as bottlenecks in access were removed. Other secondary factors were rising minimum wages, reduction in the share of informal workers, and falling experience premiums, which had different degrees of impact across countries.

Q: One of the factors cited as a driver of this is education, along with external factors such as the commodity boom, which boosted salaries. Is this sustainable under the current circumstances?

A: Real exchange rate appreciation triggered by the commodity boom and other forces reduced wage inequality across firms for workers with similar skills, because (i) it favored non-tradable sectors (such as construction, transportation, tourism) where wage inequality across firms is lower and (ii) compressed wages in the tradable sector (such as agriculture or manufacturing) by limiting growth of high-paying exporting firms. Moving forward, education is likely to continue to expand, fueling further equalization. However, lower growth has already slowed down the reduction in wage inequality. Further progress will require additional efforts.

Q: What needs to be done to further reduce wage inequality in LAC?

A: The book’s framework suggests that to promote growth with equity in an era of depreciated real exchange rates a two-pronged approach is needed. First, avoid hindering productivity growth. Expanding more productive firms can be beneficial for long-run growth. This can be supported by removing policies that protect inefficient firms (e.g. corporate subsidies), and by reforming antitrust and competition policies.

In tandem with this, we should continue to expand coverage and quality of education and training. This means enhancing quality, not just access, to education for children from disadvantaged households, improving public school attended by the poor, and investing in skills of the working age population.