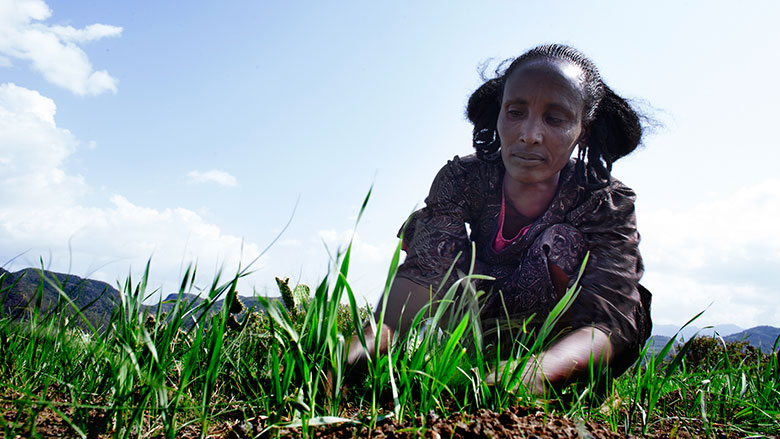 BAHIR DAR, November 10, 2017 – Ethiopia has one of Africa’s most renowned statistics gathering agency, especially for agricultural statistics. But not many Ethiopians are aware of the contribution it makes toward public policy. “I’d heard of CSA before,” said Meron Eshetu, a university student and finalist at a national Infographic Competition in the Ethiopian city of Bahir Dar in August, referring to the country’s Central Statistical Agency (CSA). “But I didn’t realize they produced such a wide range of data.”

Meron was attending a weeklong bazaar for statisticians and journalists. At it, CSA put its processes on public display, laying out its transition from a paper-based system to the digital data collection system it uses now. And it gave examples of some of the surveys it has carried out: on business, the population, household prices, and agriculture. 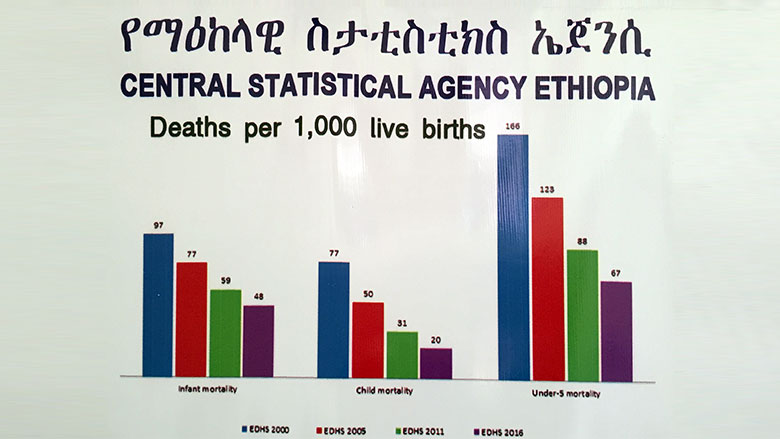 “Statistics Week was an effort to communicate the power of data,” said Jemal Hassen, Coordinator for the World Bank’s Statistics for Results (SfR) project, which granted the CSA $10 million in 2014. “Through the Infographic Competition, we demonstrated how powerful information can be when it is showcased effectively.”

“It’s encouraging to see the renewed focus with which the Government of Ethiopia is prioritizing statistics,” said Pirella Paci, Practice Manager from the Bank’s Poverty Global Practice for the Africa Region. Statistics, she said, promoted evidence-based decision making, and helped governments such as Ethiopia’s monitor growth across all sectors of the economy.

Like the holding of the bazaar, the CSA’s inauguration of a branch office in Bahir Dar was a milestone in its efforts to modernize.

Over the past three years, the Bank’s statistics project has financed the construction and furnishing of four branch offices—in Ambo, Bahir Dar, Hawassa, and Mekelle—all of which are equipped with modern facilities, such as on-site computer rooms with servers, state-of-the-art data collection tools, and training and video conferencing facilities. These will be used for building skills, outreach, and data dissemination.

So far, over 2,000 staff from the CSA, the National Planning Commission, and National Statistical System (NSS) have been trained in a wide range of statistics subjects, both locally and abroad.

Several of the surveys the project has supported so far—the Agriculture Sample Survey, Household Expenditure and Consumption Survey, and Irrigational Household Sample Survey—have been instrumental in the introduction of quality assurance standards for the NSS and the development of CSA’s business register.

The project has helped modernize CSA’s data collection processes with software for full numeric cartography, IT, and other tools like tablets and solar panels to reduce errors and save costs. Ethiopia’s statistical capacity has risen, as has the rate at which it releases statistics. Its bazaar in Bahir Dar publicized an upcoming Population Census, which the project will support.

The Bank is considering granting the statistics project another $5.5 million. With these funds, the CSA would mostly scale up data production and build two more branch offices. It would also use the money to help strengthen the CSA’s data dissemination systems and tools.

"This assistance is consistent with Bank’s Country Partnership Strategy and the government’s own plans for improving data for policy decision making,” said Waleed Haider Malik, the Bank’s Senior Public Sector Specialist on the project.