Urumqi is the capital city of Xinjiang Uyghur Autonomous Region in northwest China. Historically a major hub on the Silk Road, Urumqi today is a modern metropolis with 3.55 million residents.

With rapid urbanization and rising incomes, there has been a significant increase in private car ownership. Between 2010 and 2016, the number of private cars quadrupled from 177,700 to 747,100, or about one car for every five people.

More private cars on the road has caused increasing traffic congestion and air pollution. Regular buses cannot fully meet the travel needs of residents. Buses are usually packed during peak hours. Wait time is long, getting on board is hard, and they often get stuck in traffic.

Urumqi started BRT construction in 2011. The World Bank approved a $140 million loan to the second Urumqi Urban Transport Improvement Project in December 2015, with a focus on BRT.

“Urumqi’s BRT began trial operation in August 2011. There were only two lines then. Now there are seven lines with a total length of 114.36 kilometers and a fleet of 552 buses,” said Yang Xinsheng, General Manager of Urumqi Urban Public Transport Co.

A convenient, cheap, comfortable and fast way of travel

The north-south BRT Line 1 cuts across the city connecting the South Railway Station and downtown area. It stops at Hongshan, a busy station bustling with people.

“Hongshan is the exchange station of four BRT lines.  About 30,000 passengers change lines here every day. A total of about 50,000 passengers pass through this station every day,” said Zou Tao, BRI Operations Manager.

Passengers use cash or swipe a prepaid IC card to enter the station. People can add value to their IC card at the entrance. It costs only RMB1 yuan ($0.15) per trip. Rides are free for senior citizens above 60 years of age.  Transfers within stations are also free.

Electronic display screens show how many minutes before the next bus arrives. Buses are so frequent that the wait time can only be a couple of minutes.

The 12- and 18-meter high capacity BRT bus can carry 90 to 160 passengers, and up to 200 passengers at peak hours.  Its low floor allows easy access for people with disabilities, the elderly, children or people carrying luggage.

The buses are mostly fueled by natural gas or a mix of gas and electricity, and are environmentally friendly. Pedestrian overpasses, underpasses and traffic lights ensure passengers’ safe crossing to and from stations.

BRT stations are typically located near schools, hospitals, business districts, and other transit hubs. Construction is underway to extend a BRT line to connect to the newly-opened Urumqi High-Speed Railway Station.

“Convenient”, “fast”, “cheap”, and “comfortable” are the most common words used by passengers to describe the Urumqi BRT.

"It is better than a regular bus--faster and with fewer stops. And it drives in dedicated lanes so it doesn’t get stuck in traffic. It has air-conditioning and heating, cool in summer and warm in winter. "
Jiang Xitong
A medical supply company staff living in Urumqi 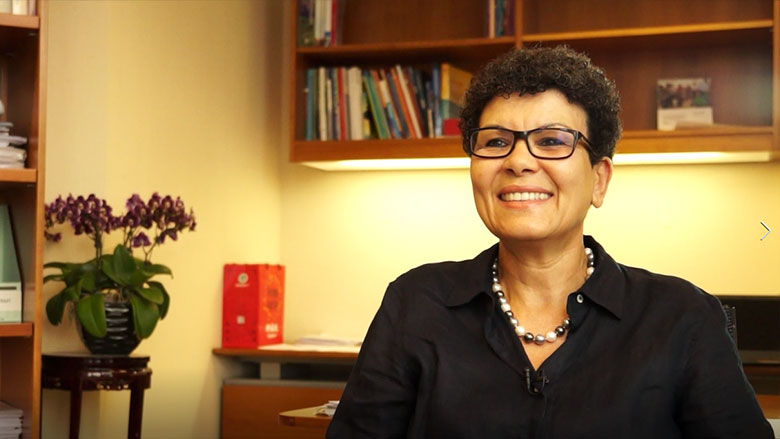 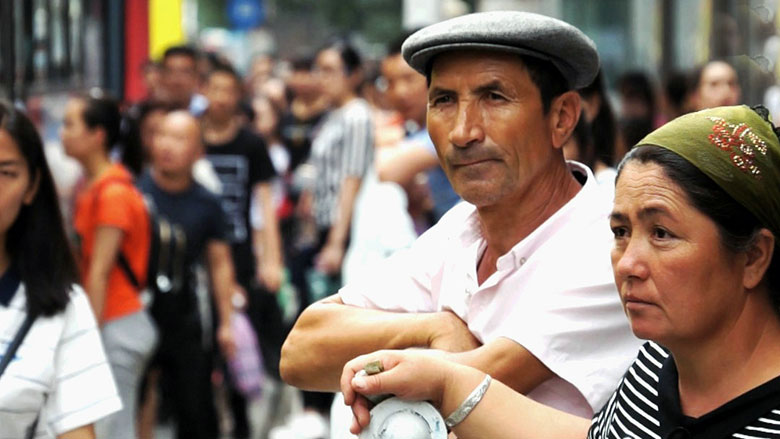 A bus station in Urumqi.

In the Urumqi Public Transport Dispatch and Command Center, the movements in all stations and the buses are shown video display walls, as well as on individual desktops monitored by staff.

“With World Bank support, the GPS-based intelligent dispatch and information system was introduced in 2007.  Now it covers all 108 public transport routes and 2,900 buses in Urumqi,” explained Zhao Chang, head of the public transport dispatch information center.  The system was established under the Bank-supported first Urumqi Urban Transport Improvement Project implemented in 2001 to 2007.

“The video monitoring system enables us to monitor and manage the buses, stations and passenger flows in all seven BRT lines in Urumqi in real time. We can adjust spacing, frequency and the speed of buses to ensure punctuality. It has greatly improved efficiency,” said Zhao.

GPS speed control also allows staff to monitor drivers and alert them if they drive too fast. This has led to a 75% reduction in traffic accidents.

Passenger satisfaction with public transport services has increased by 10%, according to Zhao.

Passengers’ convenience and comfort, as well as energy efficiency, were given priority in the design of the BRT system.

Guo Xiameng, a vice president of the Xinjiang branch of the Beijing Municipal Engineering Design Institute, drew attention to some of the design features.

“Some BRT lines are combined with regular bus lines to allow passengers to change lines at the same platform and save their travel time. Energy saving insulation materials were used on the walls, and self-cleaning Nano coating was applied on the roof. Given the temperature differences between day and night and between summer and winter in Urumqi, a special type of pavement was used to prevent rutting caused by heavy loads and high temperature,” said Guo.

A special feature of the Urumqi BRT station is the heated waiting room. “It was designed particularly in consideration of the extremely cold winter in Urumqi,” she said.

Li Hongbin, Party Secretary of Xinjiang Transportation Department said that BRT construction costs about RMB40 million (about $6 million) per kilometer, 5% of the cost of subway and 15% of the cost of light rail, and it takes less time to build, making it a very attractive public transport solution.

“It is much cheaper than building a subway yet it’s very efficient,” said Li, noting that the daily average number of passengers carried by Urumqi BRT has exceeded 400,000.

Though not among the first Chinese cities to introduce BRT, Urumqi boasts the longest length and fastest growth of BRT. The BRT has become the backbone of the city’s public transport system, and a first choice of travel for more and more residents.

Li believes that the BRT is also a key measure in addressing urban transport pollution. “A BRT bus can replace 15 to 20 cars but its emission is only a fraction of cars.  It can greatly improve air quality along roads,” he said.