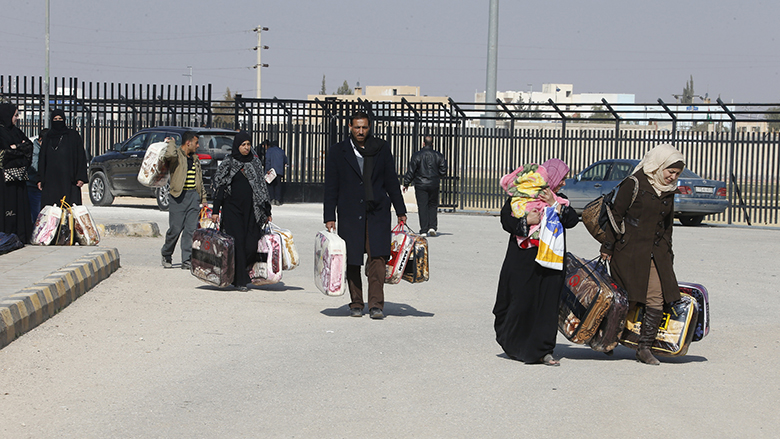 Seven Multilateral Development Banks (MDBs) announced a new coordination platform on economic migration and forced displacement today in a meeting with G7 officials at the World Bank Annual Meetings, to advance strategic priorities, including improving data and evidence and strengthening technical assistance to maximize the impact of projects supported by MDBs.

While economic migration and forced displacement are distinct issues and require a different response, each has emerged as a complex development challenge. As of end-2015, there were an estimated 250 million international economic migrants worldwide; as of end-2016, roughly 66 million people were forcibly displaced as refugees or internally displaced peoples fleeing conflict and persecution.

The new platform represents a strong effort by MDBs to enhance collaboration to address these challenges, utilizing their longstanding experience in sectoral work and poverty reduction. It responds to a request made earlier this year by the G7, under its current Italian presidency. After presenting a strategic framework for action at the G7 meeting in Bari, Italy, in May 2017, MDBs worked closely to prepare specific initiatives for deeper collaboration under a new platform. Discussions are also underway to establish a financing facility to support coordinated activities.

The platform aims to accelerate activities in four areas:

Longer-term strategic priorities to enhance MDB engagement on the migration and displacement issues were also discussed, such as strengthening data and analytical evidence on these two issues and providing technical assistance for related projects. A new joint data initiative between the World Bank and UNHCR will also be launched soon, enabling fuller, more impactful use of data to design and deliver programs that benefit refugees.

Kristalina Georgieva, Chief Executive Officer of the World Bank said, “Economic migrants and the forcibly displaced both face heightened levels of vulnerability, and their presence creates development risks and opportunities for the host communities in which they live.”

Werner Hoyer, President, European Investment Bank, noted that, “Migration and forced displacement pose long term challenges for people everywhere: the countries they leave, those they cross, those they travel to. This is not new, but for too long we have lacked a joint, coordinated approach to address both the root causes and the consequences. Global institutions like MDBs have a special responsibility to cooperate. It is urgent for us to work better together to address the shocks and stresses that arise from this deep change."