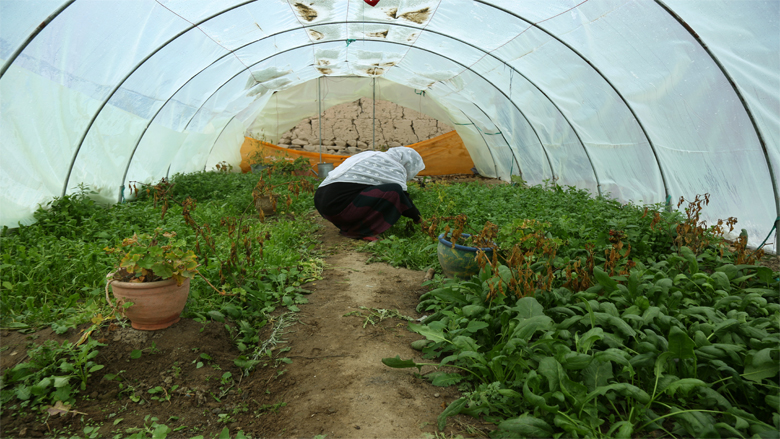 “I cultivate vegetables and sell them and also use them as food in my home,” says Zarmina. She previously had no job, but after receiving support from the National Horticulture and Livestock Project, she set up an off-season micro-greenhouse and received technical assistance on vegetable production.

PARWAN / KABUL PROVINCES – In a valley in Parwan Province, Gul, 45, sits head bent over a sewing machine in a small room in her house in Salang district. A seamstress, Gul is sewing clothes for customers in the district and beyond.

About 100 kilometers away in Kabul Province, Zarmina, 35, is checking her micro-greenhouse for vegetables that are ready to be picked for sale. In yet another district in Kabul Province, Fatana, 22, is busy preparing for a meeting. As part of the Community Development Council (CDC) she has a long day ahead.

These women reflect small but significant changes taking place in parts of rural Afghanistan. Benefiting from various government and donor-funded schemes and programs, they are improving their livelihoods and playing an active role in village development.

"The condition of women is much better now. We can participate in the decision-making process of our village’s development, as well as have an active role in implementing these decisions."
Fatana
Community Development Council, Kabul Province

Gul started her sewing unit in 2012 with a loan of 5,000 afghanis (about $74) from the Village Savings and Loan Association (VSLA) in her village. She purchased material, a sewing machine, scissors, and other tools needed to start her business. “I started my work from scratch, supported only by the loan from the Association,” the mother of six says. “Anything a customer wants or orders, we can make. We make hijabs, wedding dresses, skirts, and even coats for women and children.”

Today, Gul has customers in Charikar city as well as in Kabul. She is one of hundreds of women in Parwan Province who have received support through activities, such as the VSLA, established by the Afghanistan Rural Enterprise Development Program (AREDP), under the Ministry of Rural Rehabilitation and Development.

AREDP started in Parwan Province in 2009 with the aim of creating job opportunities and increasing the earning capacity of rural residents by supporting the establishment of small-scale enterprises. The program works in six districts in the province and, thus far, has established 868 Saving Groups, of which 488 are for women. Each group is made up of 10 to 12 members. These Savings Groups then federate into VSLAs.

Most of the members in the Savings Groups are women and many run small enterprises. Abdul, Provincial Manager, points out that “previously, we did not have any businesses that were owned and run by women in Parwan.” There are now 12 shops run by women in the villages and 62 VSLAs for women. Additionally, the program has established 99 enterprises, 18 of which are owned by women.

The program has brought meaning to Gul's life, giving her confidence and a way to not only improve her life but also those of others. “Now I have four sewing machines and six apprentices, who are learning to sew,” she says. “It was a slow start, but the demand for my products has increased. I earn between 15,000–20,000 afghanis (about $225–$300) a month after expenses.”

With their own businesses, women like Gul have been able to contribute to their family income and become productive members of the local economy. “I can say that AREDP has changed people’s attitude,” says Abdul. “It has worked closely with the community and this close coordination has built trust. Now we receive applications from men and women in Parwan as they are eager to start small businesses and would like our support.” 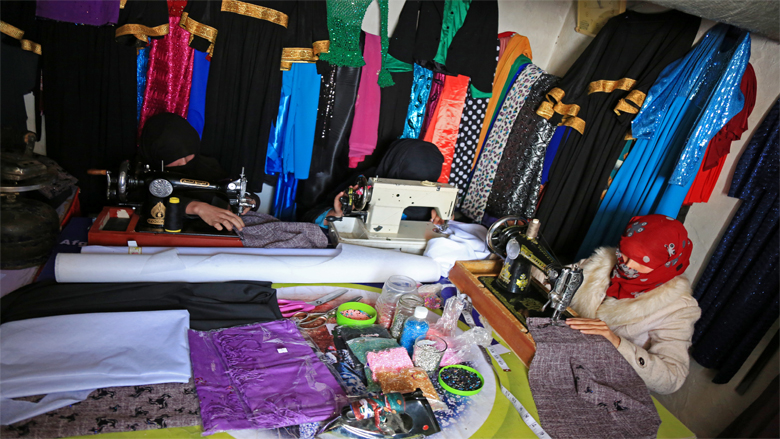 To date the Afghanistan Rural Enterprise Development Program has established 99 enterprises of which 18 of them are owned by women. The program aims to create job opportunities and increase the earning capacity of rural residents by setting up small-scale enterprises.

Like Gul, Zarmina has set up her own thriving small-scale enterprise, supporting her family. “I cultivate vegetables and sell them and also use them as food in my home,” she says. “I support my family and the greenhouse has helped me earn money even in harsh winter months.”

With support from the National Horticulture and Livestock Project (NHLP), Zarmina set up a micro-greenhouse and received improved production inputs and technical assistance on vegetable production. “Previously, I did not have the ability to buy equipment for a greenhouse and technical knowledge to manage it. I had no work in the winter,” says the mother of eight.

“We work with poor women on a small scale and on off-season vegetables,” says Amina, Extension Worker in the Kabul region. “This program has helped them find another source of income, thus improving their livelihoods.”

NHLP, which operates under the Ministry of Agriculture, Irrigation and Livestock (MAIL), aims to promote the adoption of improved agricultural production practices and technologies, covering 33 provinces. It has reached over 390,000 male and female farmers with improved technologies and knowledge on horticulture and livestock production, as well as post-production practices, such as finding markets for their products and customer interaction. 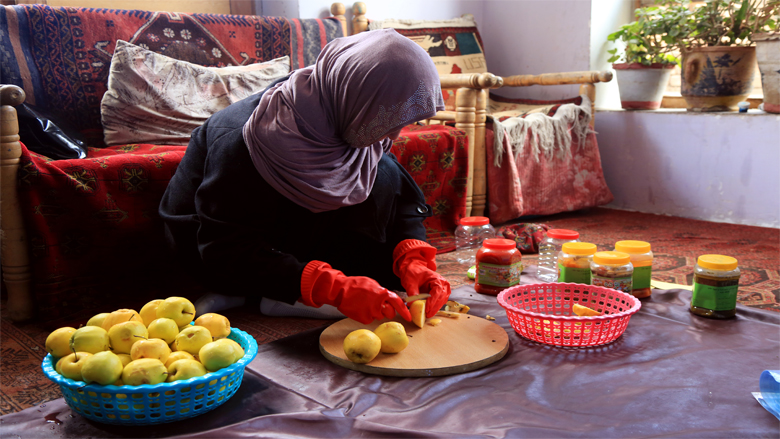 By starting small businesses Afghan women are empowered to improve their livelihoods as well as play an active role in the society. Photo Credit: Rumi Consultancy/ World Bank

While NHLP and AREDP are primarily capacity building projects, the National Solidarity Programme (NSP), which Fatana was a part of, aimed to improve service delivery by strengthening local development governance structures and empowering citizens to participate in the decision-making process on development in their communities.

NSP, which operated under the Ministry of Rural Rehabilitation and Development, worked to strengthen and maintain Community Development Councils as effective institutions for local governance and socio-economic development, while underlining women’s participation in the process. “The condition of women is much better now,” Fatana says. “We can participate in the decision-making process of our village’s development, as well as have an active role in implementing these decisions.”

More than 35,000 CDCs were established all over the country under the program, which has since closed. The recently launched Citizens’ Charter Afghanistan Project (CCAP) will build on the work of NSP to further improve service delivery to rural and urban areas. CDCs will play an enhanced role under the CCAP.

AREDP, NHLP, and CCAP are receiving support from the International Development Association (IDA), the World Bank Group’s fund for the poorest countries, and the Afghanistan Reconstruction Trust Fund (ARTF). NSP, which closed in March 2017, also received support from IDA and the ARTF.

These stories bear testimony to Afghanistan’s unequivocal focus on empowering women and ensuring that they participate in society as partners. As a result of these and other similar initiatives, many communities in Afghanistan are witnessing change. Gul, Zarmina, and Fatana are contributing and making a difference, whether at the level of the household, the village, or the community.