Improving the Seismic Resilience of Dams in India: A Case of Maithon Dam, Jharkhand State 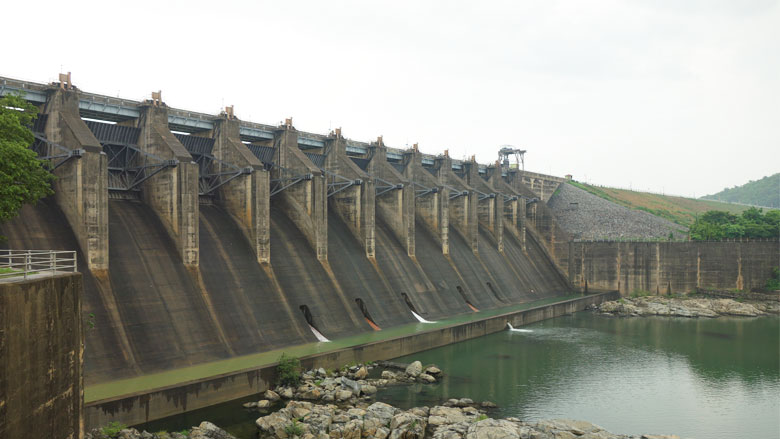 In times of a changing climate, water security is a central component of long-term resilience – and dams are vital for safeguarding such security. India, with a population of more than 1 billion people, is home almost 5,000 large dams and 350 more are currently under construction. The country also has several thousand additional small dams. Each plays a part in the nation’s water regulation mechanisms for use across a multitude of economic sectors, including agriculture, energy creation, flood control, and tourism.

Since DRIP’s inception, one area has come into focus – that of building resilience against seismic risk. Engineers and policymakers saw that inspection, reporting, and infrastructure updates in this area are critical needs. Many of dams in India face operational and monitoring weakness, and need to establish disaster resilient operation and maintenance (O&M) procedures.  These conditions affect the safety of the structures and pose risks to life and properties of people downstream of the dams. In addition, large-scale earthquakes have been recorded in the region each year.

In response to these challenges, over the past two years, DRIP has coordinated with the World Bank’s DRM Hub, Tokyo the organization of dam safety study tours for Indian government officials to Japan to better understand the work and experiences of the Japan Water Agency (JWA) and the Ministry of Land, Infrastructure, Transport, and Tourism (MLIT). In October 2016, JWA has conducted a seismic emergency response drill and developed a Post-earthquake Inspection Manual for Ichari Dam in Uttarakhand, India.

This past July, a team of JWA officials, who oversee operations and management of major river-basin dams in Japan, visited India, to both evaluate the overall dam safety, and drill down to its specific seismic event response systems. In addition to overall discussions of seismic risk, the JWA team of engineers focused the visit on Maithon Dam, in Jharkhand State in eastern India, as a pilot in this seismic resilience project. Maithon Dam is a composite dam of both earth and concrete, measuring more than 56 meters in height.  Built in 1957, the dam provides important irrigation needs in this rural state, as well as serving as a flood control mechanism. Critically, it also generates 60,000kW of power from its underground power station, the first of this type of electrification facility in the region. The generation, transmission & distribution of electricity makes it a central piece of infrastructure for eastern India. 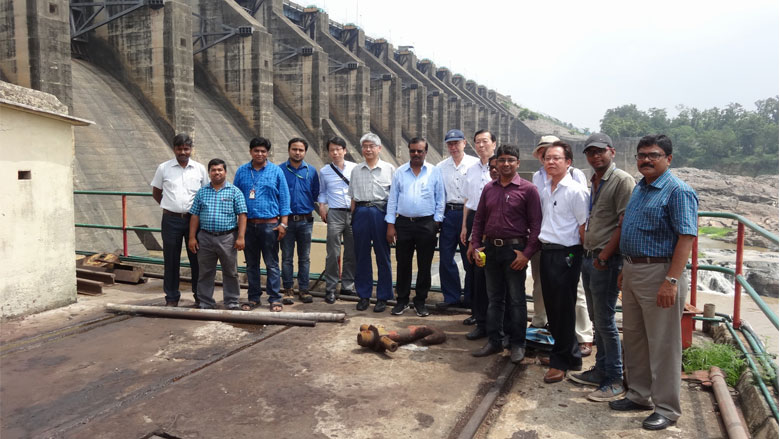 The JWA team consisted of six engineering experts, who specialize in dam safety, mechanical and electrical engineering, and information systems. In partnership with Indian officials, the JWA team utilized their long and extensive experience in dam safety in Japan to apply to the condition of Maithon, as well as other dams in India.

After the visit, and in partnership with Indian colleagues, JWA set out several operational goals for Maithon Dam in the coming months ahead. JWA will prepare an Inspection Manual for Maithon dam after seismic event for the field engineers and operators, as well as the operating authority, the Damodar Valley Corporation. JWA has provided several recommendations, as follows:

The World Bank’s DRIP, in close partnership with the DRM Hub, Tokyo, will pursue its stated goal of improving the safety and performance of existing dams and strengthening institutional capacity, especially by using new technologies. Tokyo DRM Hub will continue supporting JWA strengthen the partnerships with CWC and local agencies by providing technical assistance for developing sustainable earthquake response systems with an aim to enhance the resilience of dams across India.