A Much Awaited Refurb for a Very Busy Port 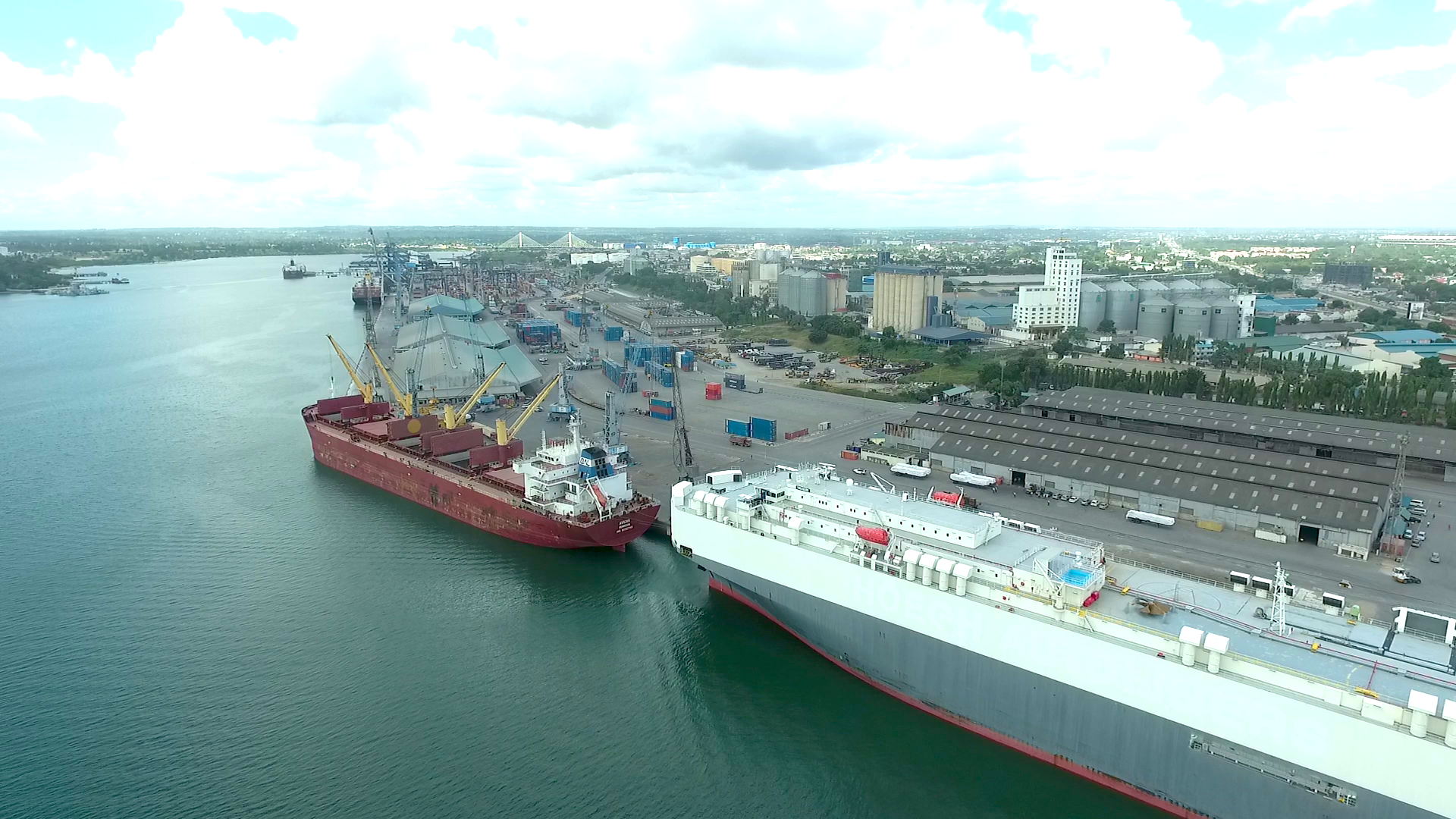 In Abdigi Ramadhani’s 13 years as a truck driver, nothing has been more irksome than the lack of certainty over his itinerary each time he ferries goods between Zambia and Tanzania.

There are many more transporters than there used to be, he says, but the port has yet to catch up. It may summon 50 trucks to load up at one go but end up not serving them all, making it impossible for the long-haul truckers who shuttle goods between Tanzania and its landlocked neighbors to plan.

Until now, all this cargo has been distributed between the port’s two terminals: the terminal for general cargo, which is operated by the public sector and handles 70 percent of the throughput, while the rest is handled by the dedicated containerized cargo terminal, currently leased out to a private operator. The port is already considered to be operating above its capacity, yet projections are that the volume of goods handled by it could almost triple to more than 38 million tons by 2030.

Drivers like Ramadhani are a part of brisk transit operations between global markets and Zambia, Burundi, Uganda, Rwanda, and the Democratic Republic of the Congo. Trade from these countries accounted for up to 35 percent of the Port of Dar-es-Salaam’s volume of cargo in 2015—the equivalent of over 5.1 million tons. Forecasts suggest this component alone could almost double to 9.7 million tons by 2030.

And it’s not just the waiting or turn-around time that drivers like Ramadhani find bothersome. There’s also theft. “You can’t sleep while you’re waiting,” he says. “If you fall asleep, you wake up to find your battery gone.”

A recent World Bank study estimated that the port suffered an aggregate loss of US$2.4 billion annually from inefficiency and gaps in governance, the equivalent of about 25 percent of the total volume of merchandise imported into Tanzania in 2012.

The Port of Dar-es-Salaam was developed in earnest between 1953 and 1956 during Tanzania’s period of British colonial rule, when the first three, deep-water berths—the mooring spaces allocated to individual ships—were built. This was followed by the construction of a further seven berths in the 1970s.

“Improvement of the port’s infrastructure is long overdue,” says Engineer Deusdedit Kakoko, the Director General of the Tanzania Ports Authority that oversees the Port of Dar-es-Salaam. “At the moment, Berth 10 hosts vessels of up to 10.5 meters deep below their waterline, but sometimes we have four large vessels arriving at the same time and they all queue in the outer anchorage at deep sea, while we have seven berths lying inactive because they’re not deep enough to dock them,” he adds.

“One vessel has to wait for the other to finish discharging before it can also come in.”

The US$345 million International Development Association credit for the project upgrading the port—the Dar-es-Salaam Maritime Gateway Project—involves paying for strengthening and deepening (to 14.5 meters) the port’s Berths 1 to 7, and the construction of a new multipurpose berth at Gerezani Creek.

It also includes the deepening and widening of the entrance channel to the port, as well as the deepening (to 15.5 meters) of the turning basin at the end of Berth 11; the improvement of rail links and platforms; and the strengthening and deepening (to 14.5 meters again) of Berths 8 to 11, too.

Work on the port is due to start soon and will help it overcome the challenges it has handling high volumes of cargo. “This improvement is going to change the port phenomenally, because we have been performing rather optimally, yet under very difficult conditions,” says Eng. Kakoko.

Adds Ramadhani: “As drivers we earn money per trip, so we look forward to the day when everything will be streamlined, so that instead of making one trip in eight to ten days to Zambia, as we do now, we can do perhaps two or three.

The Government of Tanzania is contributing about US$63 million through Tanzania Ports Authority to the upgrade, and the United Kingdom is giving about US$12 million through its international development agency, Dfid. The project is also putting money aside for improving the Tanzania Port Authority’s capacity to act as a landlord, manager, and the developer of other ports in the country.