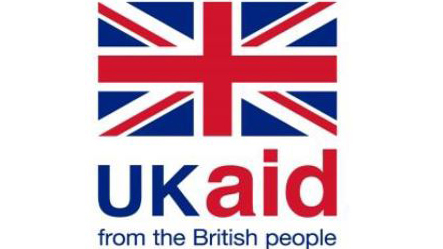 DAR ES SALAAM, July 2, 2017 – The capacity of the Port of Dar es Salaam will be increased to 25 million tons over the next seven years following the World Bank Board of Executive Directors’ approval of a $345 million credit and a $12 million grant to the new Dar es Salaam Maritime Gateway Project (DSMGP). The investments in the Port will also improve waiting time to berth from 80 hours to 30 hours as well as overall productivity.

“The Port of Dar es Salaam is vital for the economies of Tanzania and neighboring countries,” said Bella Bird, World Bank Country Director for Tanzania who also oversees Malawi, Burundi and Somalia. “Enhancing its operational potential will boost trade and job creation across the region, and reduce the current cost of $200-400 for each additional day of delay for a single consignment.”

The DSMGP is to be implemented as part of a larger ongoing investment program for the overall development of the Port of Dar es Salaam with the support of several development partners. The Government of Tanzania is contributing about $63 million through Tanzania Ports Authority, while Trade Mark East Africa is supporting improvements in the spatial and operational efficiency of the port currently, through the rehabilitation of access and egress roads and demolition and relocation of sheds. The United Kingdom through its Department for International Development (DFID) are also contributing a $12 million Grant. This support will co-finance the activities in the DSMGP, and further support is available for capacity building programs in institutions like Bandari College, the vocational training facility run by TPA, the Dar Maritime Institute, and the College of Engineering and Technology at the University of Dar es Salaam.

“The UK is committed to supporting Tanzania’s growth and helping to improve the lives of Tanzanians.  We’ve been a committed partner to the Tanzanian Ports Authority over the last six years.  As well as the $12m grant to the Dar es Salaam Maritime Gateway Project, DFID has funded 100 percent of the work Trademark East Africa has implemented in the port over recent years. We hope that these investments will help Tanzania take advantage of the opportunities that trade offers for future growth and prosperity,” said Sarah Cooke, British High Commissioner.

The Port of Dar es Salaam currently has 11 berths, with seven of these dedicated to general cargo (including container, dry bulk, break bulk and RoRo operations) and four to container operations. The Port handled 13.8 million tons in 2016, up from 13.1 million tons in 2013, and 10.4 million tons in 2011, reflecting an average growth of 9 percent per year over the last five years. While recent numbers indicated a slowdown, the respite is likely to be short lived as projections for the long term suggest the Port’s volumes could double, from the current 14 million tons to 38 million tons by 2030, in an unconstrained scenario.

“Improvement of the port’s infrastructure is long overdue,” said Engineer Deusdedit Kakoko, the Director General of the Tanzania Ports Authority that oversees all Ports in the country including the Port of Dar es Salaam “We have been performing rather optimally, yet under very difficult conditions.”

The institutional strengthening component will support the restructuring of Tanzania Ports Authority (TPA) and further develop its capacity to act as a landlord, manager and developer of the ports in Tanzania, whilst at the same time building capacity for future private sector participation in port operations.

“The project represents the start of an incremental process towards increasing the capacity of the port of Dar es Salaam, and strengthening its economic role in the region,” said Richard Martin Humphreys, the World Bank’s Lead Transport Economist and Task Team Leader. “It aims to make the necessary improvements to the current sub-structure, whilst providing a new berth, facilitating the access and egress of larger vessels to the port, and improving the integration with the access modes of road and rail.