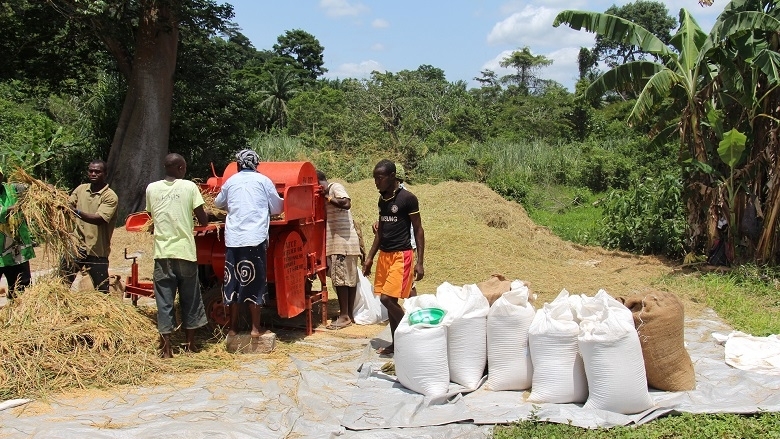 In Liberia, the counties hardest-hit by Ebola—Lofa, Bomi, Bong, Margibi and Montserrado—are both poor and food insecure. At least 16% of the households surveyed in them were found by a 2015 emergency food assessment to be food insecure, with 18% using emergency coping strategies—or, in other words, reduced to begging to meet their needs for food. And, yet, together these counties are home to about 51% of Liberia’s population of some 4.5 million.

So what lies behind this food scarcity? Liberia’s subsistence farming makes it hard for Liberians to compete on the market with cheaper food imports, and agriculture has suffered as a result of the 2014 Ebola outbreak and prolonged civil crises.

And, despite a high degree of involvement by the local population in agriculture, the sector’s productivity remains low: little technology and poor pest management, combined with the extremely limited use of fertilizer and other modern cultivation methods, are some of the factors responsible for this. Other factors include the lack of good quality farm inputs, high pre- and post-harvest losses, and the lack of incentives to produce food beyond subsistence level, given that marketing is difficult because of poor road networks and high transport costs.

Nonetheless, the World Bank’s support of agricultural research in Liberia has seen progress in many areas, including technology and dissemination, the production of adaptive seed varieties, human capacity building, and work on a regulatory framework for policy.

The West Africa Agricultural Productivity Project (WAAPP-Liberia)—a regional project supported by the World Bank and Japanese Government—has provided a platform for this. The project helped fund the resuscitation of the Central Agricultural Research Institute (CARI), Liberia’s only agricultural research institute, which was badly damaged during the country’s civil wars. WAAPP supported 32 young Liberian scientists, some of whom earned Masters’ degrees or PhDs at African universities, and all of whom completed their studies. Now they serve in Liberia’s Ministry of Agriculture and at CARI.

One such beneficiary is 33 year-old Marcus Jones: under the WAAPP, Marcus earned a PhD in Crop Science from Ghana’s University of Cape Coast, its emphasis on Fertility Agronomy.  He is now doing field visits and passing on his skills to Liberian student interns at CARI. 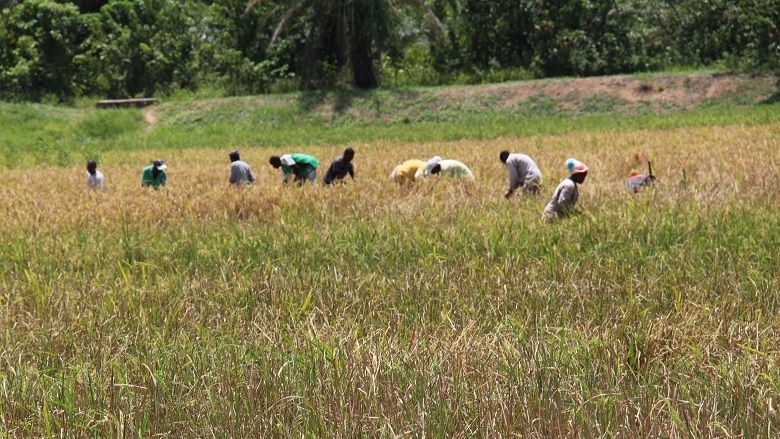 It has been difficult for rice from Liberia’s paddy fields to compete against cheap imports. Photo credit: Michael Nyumah Sahr/World Bank.

Support for institutions too

To strengthen CARI, AfricaRice and the International Institute for Tropical Agriculture recruited four international experts to mentor young researchers to work in plant breeding and soil and water management. A ten-year plan was formulated to give this research direction.

The World Bank Liberia Country Manager, Larisa Leshchenko, is optimistic about the results so far: rice and cassava were the focus of the research, with over 1000 metric tons of rice seeds and ten new varieties of cassava made available as a result for distribution across the country.

Liberians eat rice as a staple food, and the new rice variety has a three-month growing period, plus the prospect of increased yields from 2 tons/hectare to about 4–5 tons/hectare in the lowlands, which many farmers consider a new era for rice production in Liberia.

The new varieties of cassava yield up to ten tubers per stick.

For farmers to benefit from these, 21 launching areas were set up in Grand Gedeh, River Gee, Bong, Sinoe, Margibi, Bomi, and Gbarpolu counties. These have served as a one-stop-shop for distribution and learning. Liberia can now boast of abundant high quality rice seeds and cassava varieties. Seeds are no longer an issue.

Kemoh Sheriff has been working closely with farming groups in Bomi County, and he expresses satisfaction for the work done. “We have multiplied planting material of the improved varieties of cassava,” he said, “and other farmers do have access to them. What is now left is the value addition, where farmers can see finished products on the markets.”

The World Bank mobilized US$1.6 million for the Ebola emergency recovery program, financing the need to avert hunger and revive agriculture. In all, over 7,000 metric tons of high yielding rice varieties, 300 metric tons of certified rice seeds, 100 metric tons of maize seeds, and 79 tons of cowpeas were distributed to over 20,000 farmers.