For this Remote Village of Gidewari, a Solar-Power Solution to its Water Problem

The village of Gidewari’s 3,600 residents once lived a life of striking irony, trekking more than 8km each day for water despite living next to a lake. Lake Gidewari is hyper-saline, and thus its water is unfit for human and livestock consumption.

“My first chore very early each day was to go and fetch just one 20-liter jerry-can of water from Dareda Catholic church, which is a five-kilometer walk, and then walk back home,” says Rosalie Margwe, a wife and mother of three. “The water there was also not clean, but we had no option.”

For those unable to walk the distance to the church, the option was to buy three 20-litre jerry-cans of water for a total of Sh1,000 ($0.44 cents) or Sh330 per jerry-can if the seller was willing to accept a retail deal. “That is a lot of money to spend in a day here,” says Margwe.

Whenever the rainy season arrived, it brought welcome relief to this predominantly pastoral community. “That is when we would fetch water from seasonal rivers even though this water was muddy and unsafe because our cows also watered there. As a result many people often got water-borne diseases which cost a lot of money to treat,” she says.

Gidewari is located 50kms from Babati town in Manyara region, northern Tanzania. Babati district is perched on the Dabil-Dareda escarpment of the Great Rift Valley and neighbors the game-rich Tarangire National Park. Its natural resources, like Lake Babati with its famous hippos, and Lake Manyara, teeming also with its own tribes of wildlife, attract plenty of tourists.

“We had to attend to our gardens and yet, even with all the family members helping, on a typical day it would take no less than four hours just fetching water for domestic use and for our animals. Sometimes it was necessary for the children to miss school or go to late in order to help with fetching water,” says Elizabeth Safari, a resident at Getamur village.

Help for the villagers finally came in November 2016 when the Birisima water project revved into life. Financed by the Water Mission, the World Bank, and the Nordic Development Fund, the Birisima project is one among a group of pioneer rural units that are now operated by solar-powered pumps as an innovative solution to Tanzania’s rural water supply challenge.

Up until recently, most village water projects have been powered either by electricity or diesel generators.

The shift to solar power has had a striking financial impact on rural water operations. While electricity and diesel powered technologies pose a financial burden that has proven to be very expensive and unsustainable for a community in rural Tanzania, solar can be viewed as a 20-year energy subsidy. Through solar power, a village will enjoy free energy for the duration of the water scheme, allowing them to set aside savings for future maintenance and repairs.

“I never expected to see tap water so close to my house in my lifetime,” says Nada Gidatu, an elder who also sits on the 14-member committee overseeing the project. “Our way of life around here has significantly changed all because of access to water within our reach.”

The solar-powered water pump production capacity, using 6.5 solar pumping hours, is about 24,000 liters per day. “The water is safe and clean since it is treated with chlorine,” says Jason Asugu, the project coordinator.

Water for the Birisima project comes from the natural springs in the Endamit Hills on the border between Babati and Hanang districts, almost 18kms from Gidewari. Since it was commissioned on November 30, 2016, it has been providing 2,000 residents out of 3,500 residents in six hamlets within Gidewari village with clean and safe water at just Sh30 per jerry-can, a huge saving in time and cost that is already having a positive impact on the residents.

The beneficiary hamlets include Gidewari, Endebenye, Getamur, Qwowy and Endadu, as well as the government-owned Birisima Primary Boarding School and Gidewari Primary School, both of which now collect their water from the Busta collecting point. Fifteen percent of the proceeds from the six collection points goes towards the remuneration of the operators of these waterpoints, while the remaining funds are deposited in a separate bank account for the maintenance of the project.

Isack Abdiel, who oversaw the implementation of the project for the Water Mission, has witnessed the drastic change taking place in the local communities. “There are high levels of poverty in this village,” he says. “But with clean water, and savings in time, the health and overall wellbeing among the people can only get better. We can already see small shops emerging around Gidewari.” 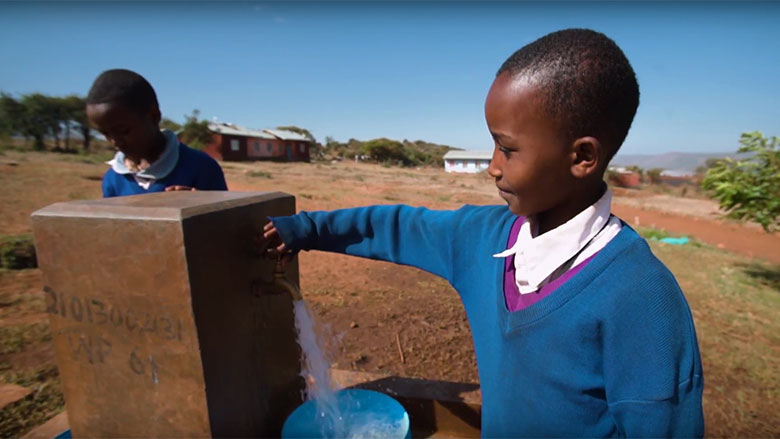 A Solar-Powered Solution to the Water Problem in Tanzania 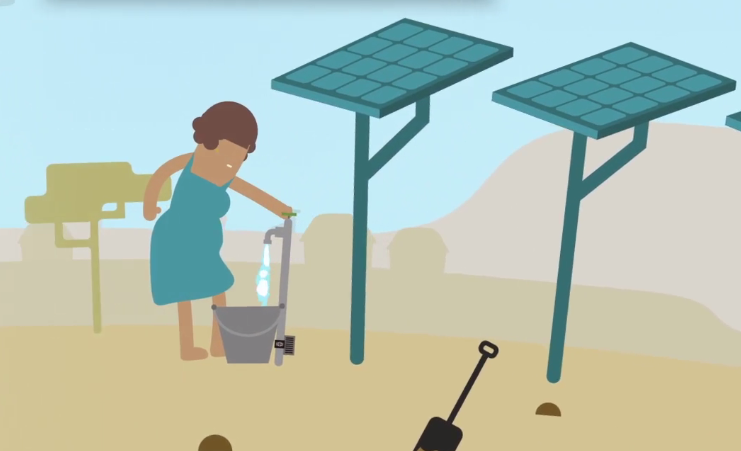 Solar Pumping: A Cheaper and Cleaner Way to Access Groundwater