World Bank Delegation: Committed to Supporting the Palestinian People on their Path to a Better Future 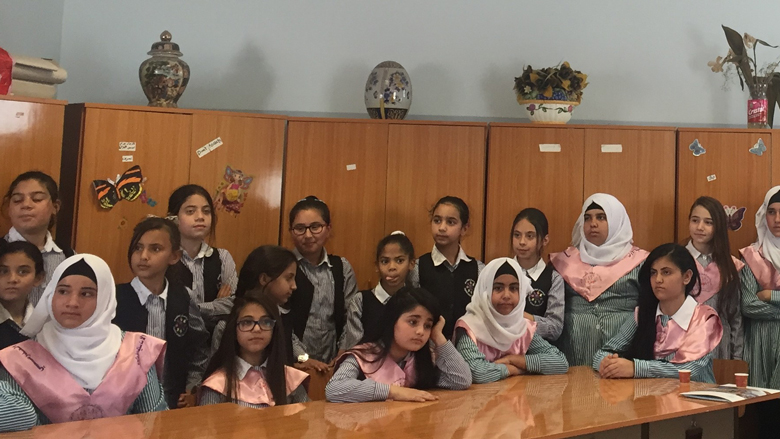 On a recent visit to the Palestinian territories, a Group of World Bank Executive Directors had an opportunity to witness first-hand the ongoing innovative thinking even in a very challenging and constrained environment. The visit also drove home the critical importance of economic and social services to the Palestinian people during this difficult period of economic contraction.

The ten members of the Bank’s Board were in the Palestinian territories from May 10 to May 12 as part of a broader tour of the region. The delegation that represents 100 of the 189 member countries of the Bank sought to deepen their understanding of the development context and the role of the World Bank Group in supporting economic and social development in the West Bank and Gaza

The delegation met with government officials, private sector representatives, and the donor community. There were also a number of field visits that provided the delegation with a view of the aspirations and resilience of the Palestinian people and their commitment to a better future. One of the field visits emphasized the r World Bank’s focus on investing in youth, ensuring their participation in their surrounding community, and supporting opportunities that lead to employment.

The delegation visited Shu’fFat Refugee Camp in East Jerusalem. The camp suffers from severe overcrowding with no proper plan to adequately and safely accommodate the increasing population. Sewage pipes frequently clog, adding to the unsanitary conditions of the camp. Despite the worsening living conditions and the fragility of the environment, Shu’fat Basic Girls’ School is a success against all odds.

Perhaps one of the most remarkable moments was when the delegation had an open discussion with members of the school parliament, a group of young girls representing their school, and learned about their inspirations and dreams. When the Executive Directors (EDs) asked the girls what their dreams were, one responded: “Many – I have many dreams. One is to make this camp one of the best refugee camps there could be.”

The dedication to education seen in the Shu’fat Girl’s’ School is only one example of the Palestinian commitment to a better future. Education is even more effective when it leads to employment. This was on prominent displayevident during the delegation’s visit to   Dar El Kalema College University in Bethlehem and learned about the “Portrait of Palestine”, a program funded by the World Bank under the Education to Work Transition Project, which aims to increase the graduates’ chances for employment by upgrading and matching their skills to market needs.

The delegation was impressed by the “Portrait of Palestine” that strengthened the link between the college, media agencies, and production companies.  The students are equipped with skills that contribute to the variety and quality of the local media and film production. The students showcased their productions, one of which had won many awards and demonstrated how important a project like thisat can be in helping young people transfer their creativity into real projects.

The delegation also visited the Gaza Strip. If it was not for the armed conflict, movement restrictions, and the blockade, one would have expected Gaza’s GDP to increase by at least as much as 250 percent over the past 20 years. Yet Gaza’s economy has particularly suffered, resulting in a youth unemployment rate at around 60% - the highest in the world, a substantial drop in private investment, and near stagnation in per capita income. Gaza’s two-million residents suffers from an alarming shortage of water -only 10% of the population has access to safe drinking water - poorly treated wastewater, and severe shortages in electricity.

The World Bank funded wastewater treatment facility under construction in north Gaza, aims to mitigate the environmental risks of uncontrolled wastewater discharge for around 350,000 Palestinians, as well as support the re-use of treated water in agriculture. Fatima Abu-Rashid, a local community activist, discussed the importance of the project for local communities with the Executive Directors. “This project is crucial to the residents of the Bedouin community,” said Abu-Rashid, “we hope by its completion, we will be able to sleep better with less mosquitoes and smell, and our children will be safer.”

The delegation also visited the industrial estate in east Gaza where three of the constituent institutions of the World Bank Group (IBRD, IFC, and MIGA) are jointly financing a photovoltaic solar energy project (generating electric power from sunlight) which will supply the estate with around 7 MW.  “With this capacity installed, we will be able to house more industries and generate more jobs for the population,” said Takek Zorob, the general manager of the industrial estate.

“Difficult as the situation is today, it is important to stress that the World Bank remains as committed as ever to playing a constructive role in support of the Palestinian people,” said Mirza Hassan, Dean of the Board of Executive Directors. “There are opportunities for a development breakthrough despite the constraints, and we should pursue these opportunities to improve the living conditions and to allow a better future.”