DAR-ES-SALAAM, May 23, 2017 – At Kinondoni Primary Court, Magistrate Esther Kihiyo meets with about 33 people a day. She takes handwritten notes for the case file on the evidence they put before her and delivers the court’s decision based on what is presented. The court building has no electricity, so she works under the natural light streaming in through the window.

It’s a challenging environment to do any sort of work, let alone the work of serving and protecting the rights of the 1.7 million people who live in the growing community of Kinondoni near the main port in Tanzania’s capital of Dar-es-Salaam.

Still, Kihiyo says, she tries her best, despite the lack of space, the lack of a computerized filing system, and having nothing other than sunshine to light her courtroom. “Our buildings are not good,” Kihiyo she said recently. “Sometimes they get rained out, and files do get lost.”

While Kinondoni District Court has its challenges, Tanzania’s former Chief Justice, Mohamed Othman, says there are millions of Tanzanians without access to any courts at all. “We have 26 regions, out of which 12 regions don’t have high courts, and we estimate that in these 12 regions, we have 25 million Tanzanians who have no access to the high court,” said Othman.

In a February 2016 Law Day address, Tanzania’s president, John Magafuli, said judicial reform was critical to foreign investment and economic growth. “Justice means getting funds that will be used to provide funds to citizens,” he said.

Delays and unnecessary procedures tie up an estimated US$464 million a year in the court system in Tanzania. Law Day was a time to reflect. For citizens or wananchi, the day meant hearing about recent developments to improve access to justice, like new policies and procedures to streamline the work of the judiciary and to make the Tanzanian legal system more transparent. 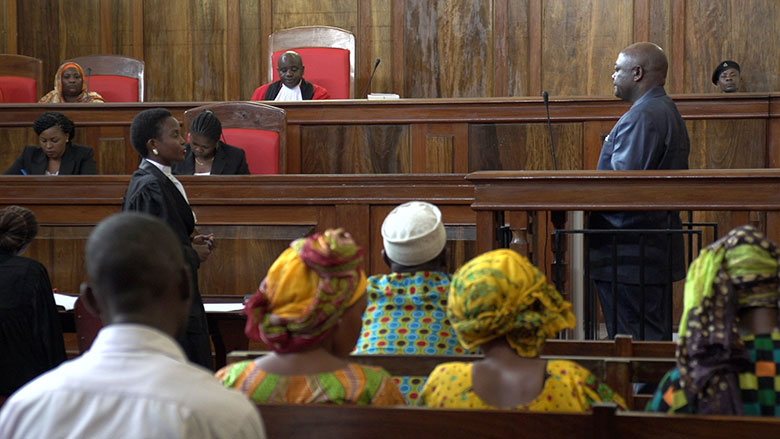 The slow pace of the law: Tanzania is working to speed up a its judicial system, where delays cost about US$465 million a year.

With the help of the World Bank-supported Citizen-Centric Judicial Modernization and Justice Service Delivery Project, this is changing. The Judiciary of Tanzania has launched a five-year strategic plan to design and carry out reforms. Activities include training officers of the court, building facilities in underserved areas, and introducing technology that will save Tanzanians time and money.

Hussein Katanga, Chief Court Administrator for the Judiciary of Tanzania, has a campaign to re-introduce the judiciary to citizens, and provide them with a forum for questions, for corruption reports, for reporting court official violations and their other concerns. “We have to buy back public trust, and we are trying to put our foot on the ground so that we interact with citizens, so that we can hear them, their grievances and complains, so that we can implement changes in the coming five years,” he said.

World Bank Country Director for Tanzania, Bella Bird, believes strong institutions, like the judiciary, are vital to development. “We’re going back into the justice sector for the first time in several years, and building on actions that the government itself is taking to modernize the sector,” Bird said during the recent launch of the IDA-funded project.

Integrity is essential, too

In Kibaha, a town near Dar-es-Salaam, a new court is nearly complete and ready to be occupied. The court building, a pilot for the construction phase of the project, has spacious courtrooms and offices, built-in wiring for electrical and Internet connectivity, and a mobility ramp. “We will have computers, and an e-filing system that has the potential to revolutionize the efficiency and effectiveness of the court,” said Katerina Revocati, Tanzania’s Chief Registrar.

“By introducing that e-filing system, it means we will be able to receive court complaints electronically,” she said. “Someone is seated in the office somewhere and just logs into the computer and posts the documents to the court system.”

This can then be retrieved from the registry and the case processed immediately, she continued. The e-filing system will help improve Tanzania’s court recordkeeping and active case roll.

But Principal Judge Ferdinand Wambali said it’s the court staff who will make the biggest difference to the public’s perception of the judiciary. “We are also looking at the integrity of people, of personnel, in the judicial system,” he said.

Much like the new wiring at the new court building in Kibaha, Wambali said integrity—and the motivation to uphold moral and ethical standards—will have to be hardwired into officers of the court. “Because if those who are serving in the judicial system do not have good integrity, certainly the public trust in the judiciary as an institution and personnel will come down,” he said.

On Law Day, Acting Chief Justice, Ibrahim Juma pleaded for judicial independence, saying officers of the court needed autonomy to interpret the law. At the entrance to the Court of Appeal in Dar-es-Salaam, a statue of Lady Justice holds a set of scales and a book. In time, she might find her blindfold and her sword, too. 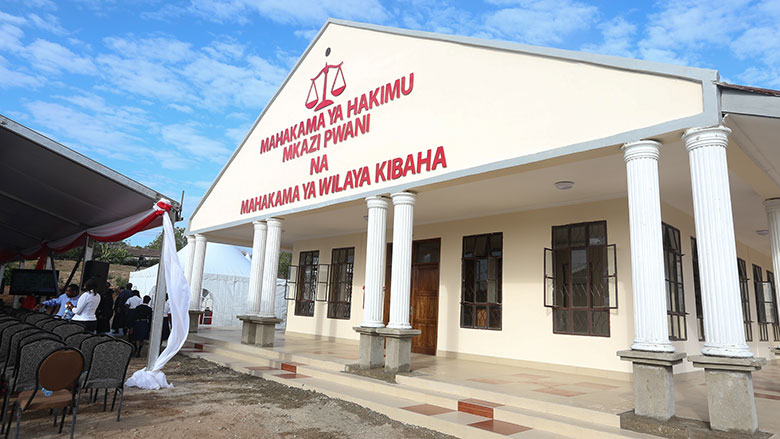