For an Armenian Farmer, Water is the "Stuff of Life" 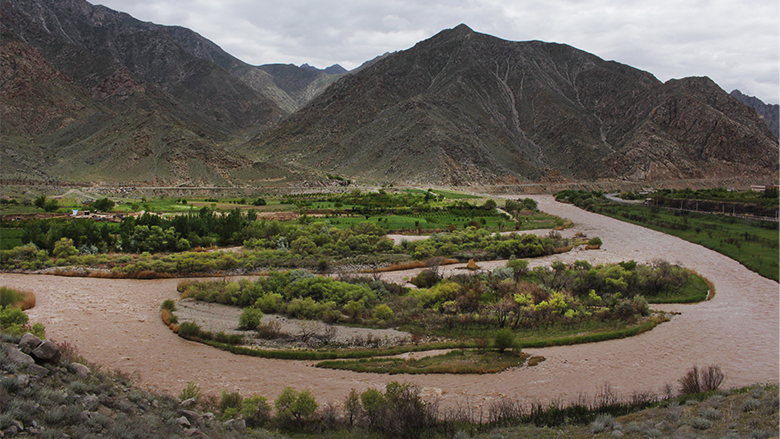 The Araks river - natural border flowing between Armenia and Iran.

In all of Armenia, there is nowhere quite like Meghri – with its natural beauty drawn from a broad palette of vivid colors and lush landscapes. Located in Syunik province and bordering Iran, the region of Meghri is famous for the unique taste of its fruits – especially fig, pomegranate, peach and persimmon – thanks to its comparatively mild climate. Indeed, Meghri is considered to be the “sweet” part of the country.

The region experiences the longest growing season in the country, and agriculture remains a major source of income for the local population. It is no surprise, therefore, that a properly functioning irrigation system is of supreme importance to this area. 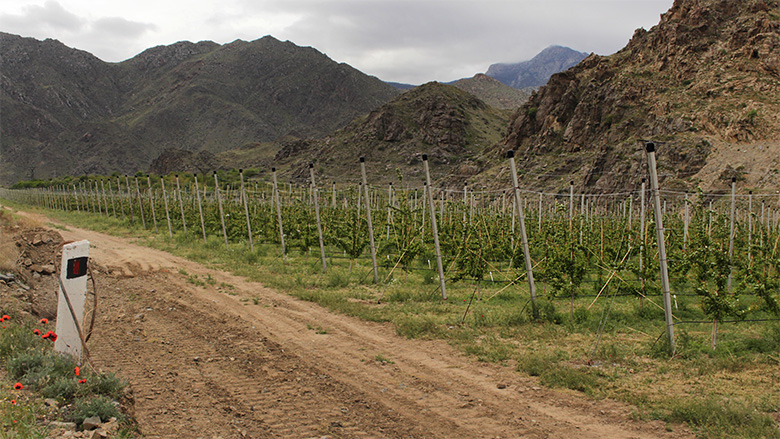 As such, the Meghri gravity scheme came about when local farmers wrote a joint letter to the World Bank several years ago. As if fate intervened, that letter coincided with the Bank’s preparation of the Irrigation System Enhancement Project (ISEP) and the letter’s key points were included in the final design of the project. And that is how the area’s old-fashioned Soviet-era pump-based system was replaced by gravity irrigation!

Both the local community and the government benefit. For the community, it means supply reliability – being able to water land plots whenever necessary. By eliminating energy consumption, the government saves about 150 million Armenian drams (about US$ 310,000) annually – money which is now available for the implementation of other regional projects. 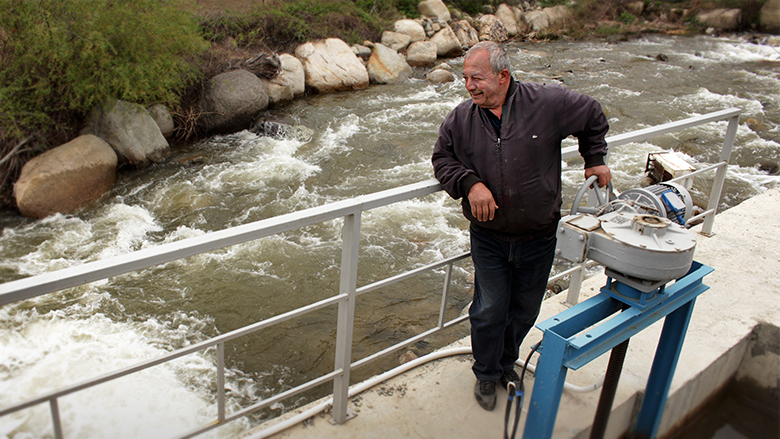 Davit Aleksanyan is head of the Meghri division of the “Syunik” Water Users Association. In the business since the early 2000s, Davit remembers well how the old pumping stations failed to deliver the designated volumes of water to farmers, due to the poor conditions of pumps. 15 out of 18 of those pumps have since been shut down.

“The old pumping stations were built around half a century ago, when life in Meghri was noisy! Later, in 2000s, even for maintenance issues, we rely heavily on Yerevan, which is 400 km away. Before building the gravity irrigation system, whenever something broke, it would leave hectares of land without water service for days. For a fertile land such as ours – which is successfully competing with the famous Ararat valley – such risks were disastrous,” explains Davit. 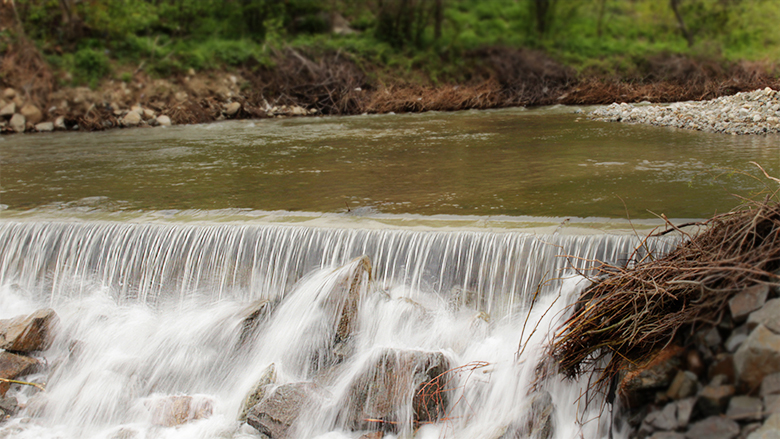 No more risks! The new gravity system has been up and running for a year already. The head-intake structure  is located downstream of the Meghri River. It directs water to the main pipeline, which stretches 8.7 km across the natural border flowing between Armenia and Iran – the Araks river. Then, the pipeline splits into branches on the right (5.8 km) and on the left (23.1 km), which were previously connected to the pressure pipelines of the earlier operating pumping stations. 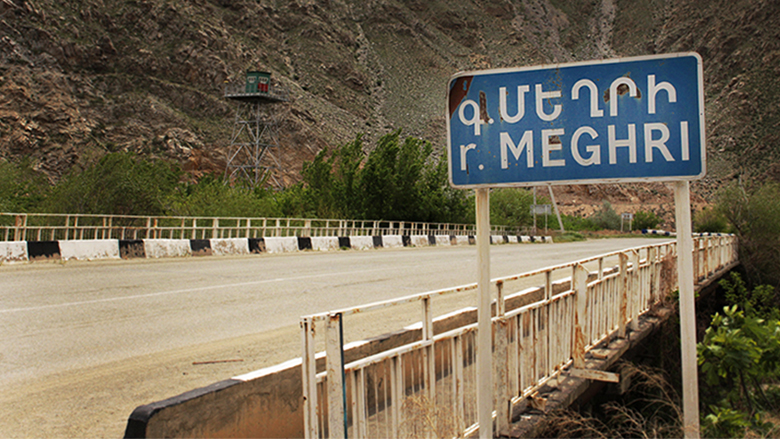 “Meghri, Alvank, Shvanidzor and Nrnadzor communities have been provided with gravity irrigation water by the left branch for almost a year already. Agarak and Karchevan communities will be soon serviced by the right branch,” Samvel Karapetyan, the engineer for the Water Sector Project Implementation Unit, proudly explains. 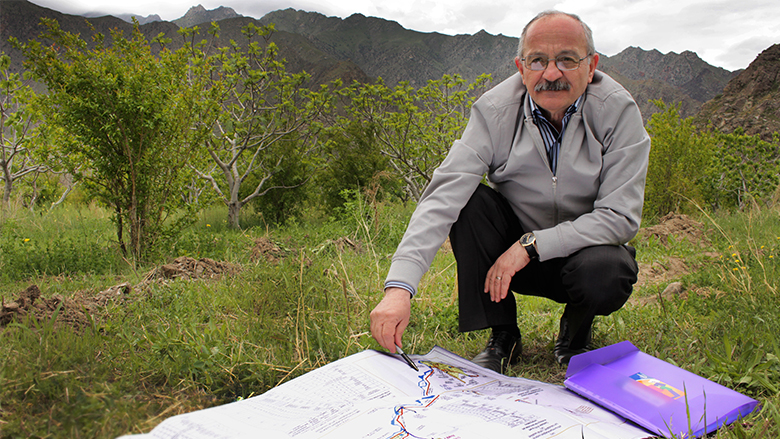 And Samvel has every reason to feel proud. Thanks to the project, a total of 686 hectares of arable land – serving 3,044 households in 6 beneficiary communities of the Meghri region – will soon be receiving irrigation water of almost potable quality. This is in marked contrast with the past, when water was taken from the Araks river – sandy and difficult to distill, and contributing to high costs of operation and maintenance of the outdated pumping stations. 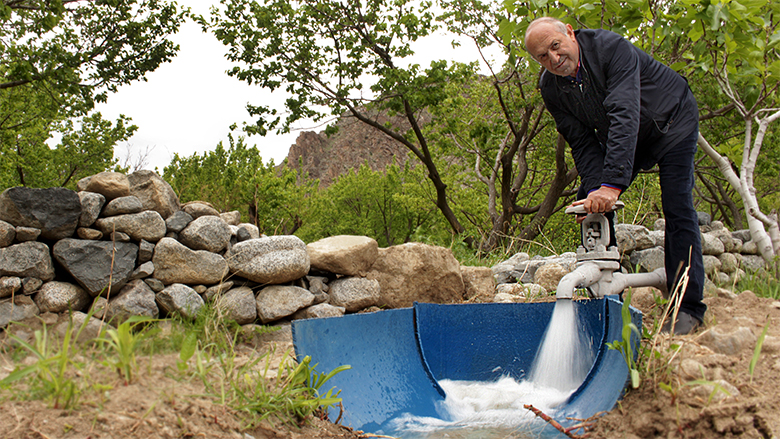 Located on the left bank of the Araks river are the apricot, fig and pomegranate orchards of Aleksan Hovhannisyan, a prominent farmer in Meghri who has benefited from the new system. Aleksan points out that the fruit business has always been very successful. “Thanks to regular and accurate irrigation, the local farmers’ arithmetic has increased. Already last year, my harvest of figs went up from 8 to 12 tons! It allowed me to hire 3 workers throughout the year, and 20 more during the harvest,” he says. 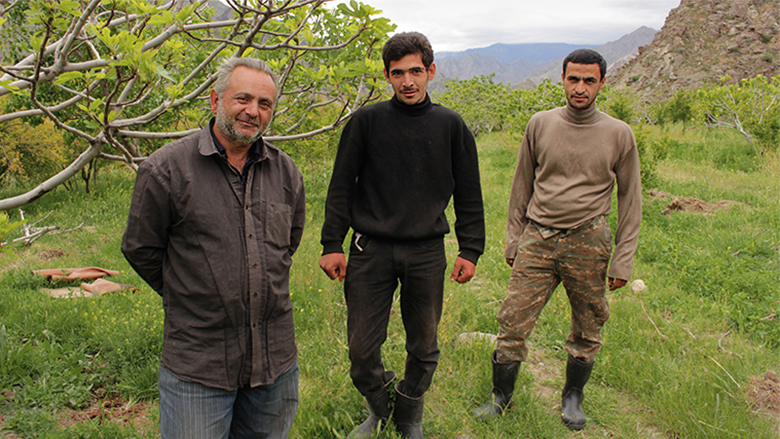 When the construction of the right branch is completed, the 3 remaining pumping stations will be dismantled, and 210 hectares of the Agarak and Karchevan communities will receive water by gravity. And who knows, maybe then the famous Prunus Armeniaca (Armenian apricot) and other fruits – which stand out with their exquisite “meghri-taste” – will become an amulet for the steady growth of the local economy.

Aleksan Hovhannisyan is a prominent farmer in Meghri who has benefited from the new, gravity irrigation system.