Graduating: Only Half of Latin American Students Manage to Do So 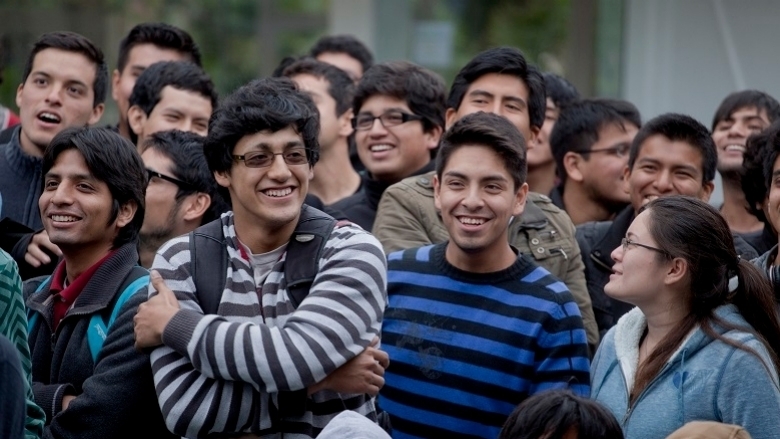 Although the number of students enrolled in higher education rose dramatically -- to 20 million over the past decade -- just half managed to bring a degree home.

“My son, the doctor.” “My daughter, the architect.” These typical expressions of parents reveal the pride of those who, having not been able to attend college themselves, have always dreamed that their children would take the path to higher education.

But in a world facing new challenges such as automation, demands for new skills and a changing political scene, careers traditionally considered the most successful have been dethroned by those more in line with current needs.

In Latin America and the Caribbean, in addition to parents’ aspirations, different public policies and a growing middle class have led many more young people to the university classroom over the past decade.

The numbers confirm this trend. People aged 18 to 24 attending an institution of higher learning rose from 21% in 2000 to 43% in 2013. Many of these students came from lower- and lower middle-class families, something not seen in previous years.

Today there are more than 20 million students attending over 10,000 institutions of higher learning that offer more than 60,000 programs.

Not bad compared with other regions, where attending college or an institution of higher learning is a luxury reserved for a privileged few.

Today, however, higher education is at a crossroads. Its rapid expansion, the characteristics of the “new” students and lax regulations have led many to question the quality of higher education programs.

Millions of students may enter these institutions’ classrooms, but not all of them have access to quality options. Not only do they fail to offer an attractive study plan that keeps students enrolled until they graduate; they also do not prepare students to face the demands of today’s labor market. It is estimated that just half of students who enroll in higher education graduate.

A good higher education system offers quality programs that maximize students’ potential. A varied supply enables students to find their best option: training not only the physicians a hospital needs, but also the nurses and administrative assistants. Given that the mere availability of variety and quality does not guarantee student access or success, a higher education system requires equity to ensure that all students have equal opportunity access.

Equity frequently starts early. Not all young people and their families have the information or the resources necessary to make informed decisions with respect to career choices. Often, their selection is a once-in-a-lifetime opportunity and making a mistake can mean the end of a career: transferring to another program is onerous and bureaucratic.

Despite the obstacles they face, lower-income students represent 45% of the increase in enrollment in recent years. Nevertheless, these “new” students come from families with few resources and may not be academically prepared to face the challenges of higher education, which frequently explains the lack of completion of higher education programs.

On average, half of enrolled students aged 25 to 29 had not completed their studies, either because they dropped out or because they were still studying. Of those who dropped out, half were in their first year of school.

The system does not help. Degree programs are long and tedious. It is estimated that students in Latin America and the Caribbean require 36% more time to complete their degrees as compared with the rest of the world. This means that they are students for longer. Consequently, during their years of study, they earn the wages of secondary-school graduates.

Excessive time has another sharp edge: students often need to work to complete their studies but end up dropping out because they are overwhelmed by their work responsibilities and cannot see the light at the end of the tunnel.

Given the region’s urgent need to improve productivity in a context of slow growth, training human capital in a rapid, efficient way is crucial. According to the World Bank report, public policymakers should consider the fact that access does not imply completion and quality.

The report also recommends multidimensional policies to evaluate the quality of program content, as well as to support students who are not academically prepared for higher education. Additionally, policies should offer incentives to both universities and students to encourage program completion.