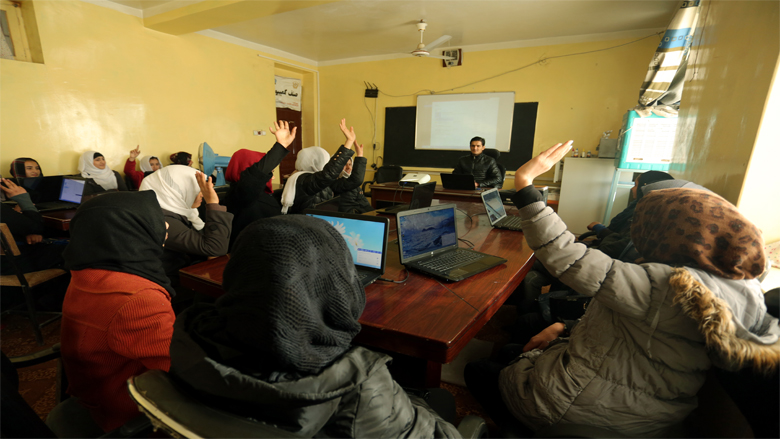 Thanks to the Education Quality Improvement Program, which supported building of the standard classrooms and new facilities such as laboratory, library and computer lab in Ommolbilad Girls High School in northern city of Mazar-e-Sharif. As as result, the rate of enrolment has been increased.

MAZAR-E-SHARIF CITY, Balkh Province – All eyes in the class are focused intently on the model of the human skeleton hanging loosely in the science laboratory. There is pin-drop silence challenged only by the biology presentation being given by Sona, a student explaining the structure of the human body to her classmates. It is a typical day for students in Ommolbilad Girls High School.

After the presentation, Sona says, “We read about the structure of the human body in the book but in the lab, we can see the body parts. This helps us a lot and we learn the subject much better.” She is grateful for this opportunity to learn in an interactive way. “I want to be a doctor in the future, and the laboratory is the beginning of my journey,” she says.

Sona and her classmates have the Education Quality Improvement Program (EQUIP) to thank for supporting their school. With EQUIP support, the Ommolbilad Girls High school is now in high demand in Balkh Province. “We have standard classrooms and enough facilities for the students,” says Aminullah, 52. “The EQUIP Quality Enhancement Grant has brought about many positive additions and the quality of education is getting better day by day in the school.”

In 2013, EQUIP awarded the school a Quality Enhancement Grant (QEG) of $15,000. With the grant, the school was able to set up and equip laboratories for general science and computers, as well as a library. “I love to sit in the computer lab and work because I learn a lot when I put our theory lessons into practice,” says Fariba, a student. The grant also has enabled the school to paint the walls with informational diagrams and to establish a park and green space for students.

The school is located in the Karti Noshad area in the 9th district of Mazar-e-Sharif city in Balkh Province. The school was established in 1990 as a co-educational school, but became a girls’ school in 2010. There are nearly 3,000 students attending daily classes in three sessions (shifts) and 80 teachers at the school. 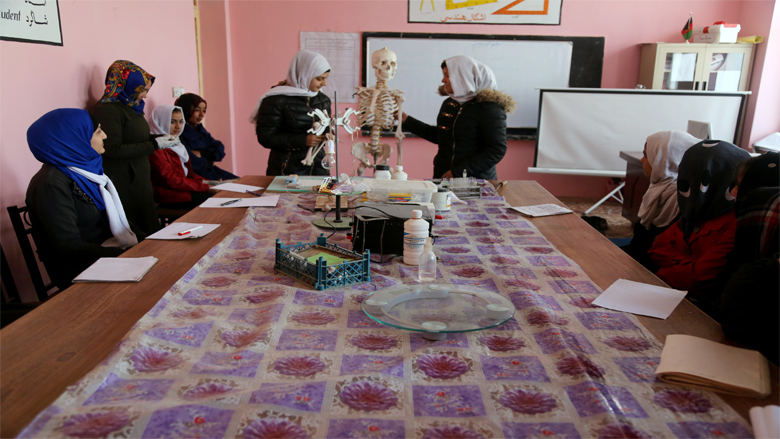 Students can now not only read about the structure of the human body in the book but also in the lab because the Education Quality Improvement Program supported establishing a science laboratory at the Ommolbilad Girls High School.

Photo Credit: Rumi Consultancy/ World Bank
" EQUIP has not only improved schooling for these students but attracted so many more to education—their families, their communities as well as friends and relatives. " 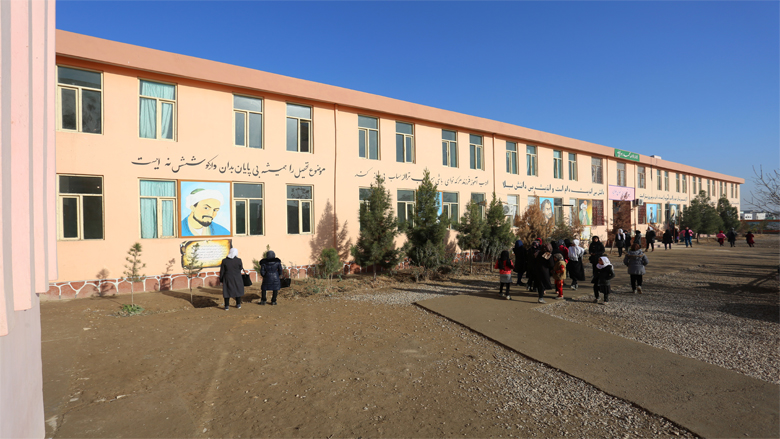 School Management Shuras (councils) are proving to be like a bridge between school administration and the respective community. Student’s parents who are members of these Shuras planted trees around Ommolbilad Girls High School building to avoid from mud which endanger health of their children.

Council Brings School and Community Together

Since 2008, the program has constructed 45 school buildings, established 600 School Management Shuras (councils), and awarded QEGs to 435 schools in Balkh Province. “EQUIP efforts in Balkh Province have increased the quality of education and helped institutionalize close coordination between the community and school staff,” says Homayoon in Balkh.

The Shura established by EQUIP in Ommolbilad School has ensured a good relationship between the community and school. Parents have made an effort to ensure a better environment for their children by gravelling the yard and planting trees to reduce mud in the school. “Every month we have council meetings and have solved many problems by sharing them with the community,” says Alia. “The council also requested a German NGO to build a kindergarten for the school and thanks to its efforts, we have the building now.”

The attractiveness of the school has clearly made an impact on the community, reflected in the increasing popularity of enrollment. Enrollment increased to 3,000 students in 2016 from 2,000 in previous years as a result of the EQUIP support, supplemented by the council’s hard work.

“EQUIP has not only improved schooling for these students but attracted so many more to education—their families, their communities as well as friends and relatives in districts far away,” Alia says.

The students’ enthusiasm also has increased greatly. Many students, like Sadaf, 15, talk enthusiastically about wanting to attend classes because their school has good facilities. “We like studying in the school since it is equipped with facilities like a library, good computer lab, and science laboratory.”