Amid ongoing conflict, Iraq to Begin Snuffing Out Flares 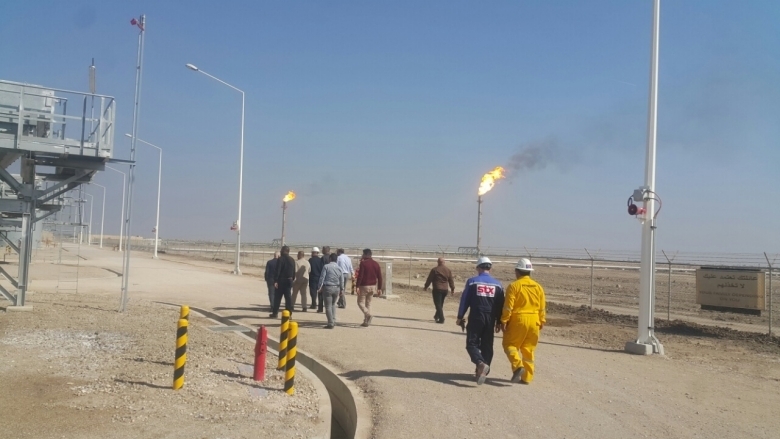 Oil-producing countries yet to address their gas flaring may begin to feel there are no more excuses.

In a remarkable and bold decision, the government of Iraq recently endorsed the “Zero Routine Flaring by 2030” Initiative, (ZRF), which means the country has committed to not routinely flare associated gas in any new oil fields and will work to end routine flaring in existing oil fields as soon as possible and no later than 2030.

Launched in 2015 by UN Secretary-General Ban Ki-moon and World Bank President Jim Yong Kim, the ZRF Initiative is designed to end a 150-year-old oil industry practice that is responsible for emitting more than 300 million tons of CO2 into the atmosphere. Gas flaring also wastes a valuable source of energy that could be put to productive use, particularly in countries where many people lack access to electricity.

" Even in the most difficult circumstances we recognize that Iraq must ensure its resources are managed sustainably for future generations. Flaring is not only bad for the environment, it represents several billion dinars going up in smoke. "

The latest satellite data released by the US National Oceanic & Atmospheric Administration and the World Bank-led Global Gas Flaring Reduction Partnership (GGFR) shows that Iraq’s gas flaring has increased dramatically. Just four years ago the country was flaring about 12 bcm of gas annually. However, in 2015 the country flared close to 16 bcm, making it the second-largest gas flaring country in the world.

A look at the economic impacts from flaring shows there is much to gain from a concerted effort to reign it in.

The volume of gas currently flared in Iraq represents an estimated annual economic loss of about $2.5 billion and would be sufficient to meet most of the country’s unmet needs for gas-based power generation. It is estimated that the currently flared gas volumes would be sufficient to support an incremental generation capacity of roughly 8.5 GW. This is particularly significant, given Iraq’s severe electricity shortages cost the country an estimated $40 billion annually (INES report, 2013). Shortages of natural gas have also led to the use of expensive and, in some cases imported, fuel, which costs the country an estimated $6-8 billion per year.

Iraq has, however, been working on gas flaring reduction for several years. It joined GGFR in 2011 and created the Basra Gas Company (BGC) in 2013, a partnership between the state-owned South Gas Company, Shell and Mitsubishi, to capture, process and monetize associated natural gas from its giant southern oil fields. This project could eventually become the world’s largest gas flaring reduction project. In addition, a new gas processing facility to treat the associated gas from two important oil fields opened earlier this year.

Iraq’s efforts to reduce gas flaring is critically dependent on increasing processing capacity around the Basra petroleum hub in the south, where the five largest oil fields account for 65% of currently flared gas volumes.

Iraq’s associated gas has significant liquid petroleum gas (LPG) content, which can be compressed and bottled as propane and butane for household use in cooking and heating. As a result of increased gas processing by BGC, and having faced acute shortages of LPG until recently, Iraq was able to restart its gas condensate and LPG exports in 2016, bringing in much needed revenue.

There is also the environmental damage from Iraq’s gas flares. Currently, the country’s annual CO2 emissions are about 140 million tons. Reduction in flaring and the equivalent displacement of oil, heavy fuel oil, and diesel-fueled power generation by natural gas would decrease Iraq’s CO2 emissions annually by millions of tons.

“Considering Iraq’s continuing security issues, it is commendable that the government plans for a future without routine flaring and is willing to make a commitment by endorsing the “Zero Routine Flaring by 2030” Initiative. If Iraq can commit to ending this wasteful industry practice, others should be able to as well,” said Bjorn Hamso, GGFR’s Program Manager.