Savings: Seven Letters that Can Improve the Numbers in Latin American Economies 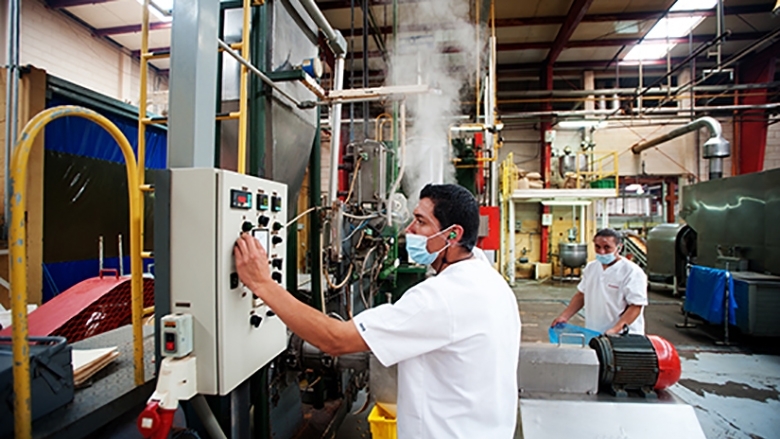 The region has returned to a path of growth after six years of slowdown, including two years of economic contraction.

People who go through hard times know that when things are going well, the most sensible move is to save part of their income. This cushion can help avoid empty pockets when a job situation changes, a child is on the way, or something else happens that threatens the household economy.

That same household theory could be applied to Latin American economies: accumulating during the good times helps get through the bad ones.

This is what economists call countercyclical policies: saving during prosperous times to be able to spend when the going gets rough. That is the main message of a new report by the team of the World Bank’s Chief Economist for Latin America, Carlos Végh: “Leaning Against the Wind: Fiscal Policy in Latin America and the Caribbean in a Historical Perspective.”

After a six-year slowdown (including two consecutive years -2015 and 2016- of negative growth), the regional economy is expected to grow by an average of 1.5 percent in 2017, followed by an even more vigorous growth of 2.5 percent in 2018. This is mainly thanks to the recovery in Argentina and Brazil (with 3 percent and 0.7 percent of estimated growth for 2017, respectively), followed by Mexico (1.4 percent), and Central America and some Caribbean countries.

The prolonged economic slowdown affected fiscal accounts of several countries in the region. In 2016, 29 of 32 countries faced fiscal deficits, due largely to higher expenditures, reaching an average gross debt of 50 percent of regional GDP. Obviously, this delicate fiscal situation means that governments’ hands are tied when establishing public and macroeconomic policies.

According to the report, the good news is that although current growth figures are modest compared with the bonanza of the early 2000s, most of the countries of the region have been applying countercyclical policies since the 2008 financial crisis. This represents a significant change from the past, where the countries implemented policies of heavy spending without savings, which increased the risk of overheating the economy during boom times and worsening recessions during periods of less income.

Adopting these measures is not easy for countries that have yet to advance with countercyclical policies, especially in the current global context. “In an external environment characterized by frequent shocks and considerable volatility, that prudence enables them to make public policy an instrument that can help them overcome the next slowdown and maintain social achievements,” said Chief Economist Végh.