Benin’s New Venture to Expand Tourism from 2.6 Percent to 10 Percent of GDP in Ten Years 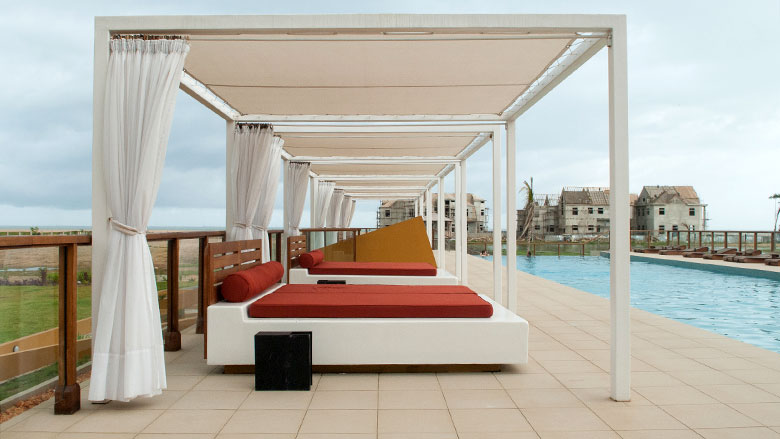 COTONOU, April 27, 2017─ “Benin does not sell at all as a destination. No one helps or supports our development. The sector lacks training and there is no sector financing policy,” laments Christiane Toussou, CEO of Cristal Tours and La Route des Pêches (The Fishing Route) government project board member.

Albin Fèliho, events agency CEO and president of the guarantee fund for the association of West and Central African travel agencies, agrees, “We are looking at considerable challenges to develop our tourism assets, improve access to sites, and renovate and extend our current infrastructures. We’ve been saying this for more than 20 years.” The professionals offer a harsh indictment indeed of the state of Beninese tourism. Dine Bouraïma, President of the Tourism Consortium, confirms the view, pointing out all the red tape and the lack of reforms that have prevented the sector from delivering its full potential.

Yet with US$197 million in revenues in 2014, tourism is the country’s largest source of foreign exchange earnings behind cotton. Tourism generates 2.6 percent of GDP and accounts for 5.6 percent of all jobs. Even so, these figures are too low for a country that is the birthplace of voodoo and has an exceptional cultural heritage.

The country’s new government, well aware of these shortcomings and the treasures Benin has to offer, has made tourism a priority sector. A good many of the 46 flagship projects on the Government’s Action Agenda (GAA) are designed to promote Benin as a tourist destination. These projects will invest an estimated CFAF 685 billion and create over 150,000 jobs.

The Cross-Border Tourism and Competitiveness Project (CBTCP) is the first major project underway. Launched in February 2017, the program has US$50 million (approximately CFAF 30 billion) of World Bank funding. It is concentrating primarily on developing the tourism capacities of the city of Ouidah by improving its tourism strategy, the supply of tourism products and infrastructures, and supporting the growth of the sector’s micro, small, and medium enterprises.

As Katrina Sharkey, World Bank Country Manager for Benin, explains, “The CBTCP is the outcome of an inclusive, participatory process fully in line with the objectives of the Government’s Action Agenda and consistent with the twin goals of ending poverty and improving the distribution of wealth. It will attract more tourists and private investment in the sector, and the country will be able to reinject the profits generated into other sectors such as agribusiness, the craft trades, and other tourist industry services.” José Pliya, Chief Executive of the National Agency for the Promotion of Heritage and Tourism Development (ANPT), adds, “As a city, Ouidah is a highly cosmopolitan Creole thoroughfare that perfectly reflects Beninese culture. With this project, we can promote it.” In addition to promoting Ouidah’s historical and tourism assets, this investment will transform the region’s entire economy.

“Tourism is a highly sensitive sector for the Government. Its transformation, competitiveness, and attractiveness are priority goals and gauges of the effectiveness of our action,” explains Abdoulaye Bio Tchané, Minister of State for Planning and Development. This investment will be accompanied by other measures, such as visa waivers for an entire array of travelers from Africa, and improvements to customs and security services to reduce transaction costs for tourists.

The project hopes to capture the middle-class Nigerian tourist market. “The growth potential in Nigerian tourism to other countries is huge: Nigeria’s middle class is an estimated 50 million strong. We aim to make a particular selling point of our proximity to Lagos,” explains José Pliya. This market positioning has the private sector’s vote. “There is a niche of opportunities in Nigeria. We want to find a way to work with Nigeria’s tourism professionals. The contacts are there, but the Government needs to bring them more on board,” points out Francine Chantal Aïssi Houangni, President of the Tourism and Hotel Business Commission on the Benin National Employers Council. Dine Bouraïma reckons there are over four million people living in the Lagos region with over US$5,000 in purchasing power, “If we lift the obstacles, there is no reason why we can’t attract this manna to our country.”

In 2014, Benin welcomed 194,113 visitors. Its three leading foreign markets are Nigeria (12.2 percent), France (7.5 percent), and Togo (6.2 percent), with revenues estimated at 2.6 percent of GDP. The Government’s ambition is to expand the share of tourism to 10 percent of GDP within the next five years.