Learning to lean against the wind in the Eastern Caribbean 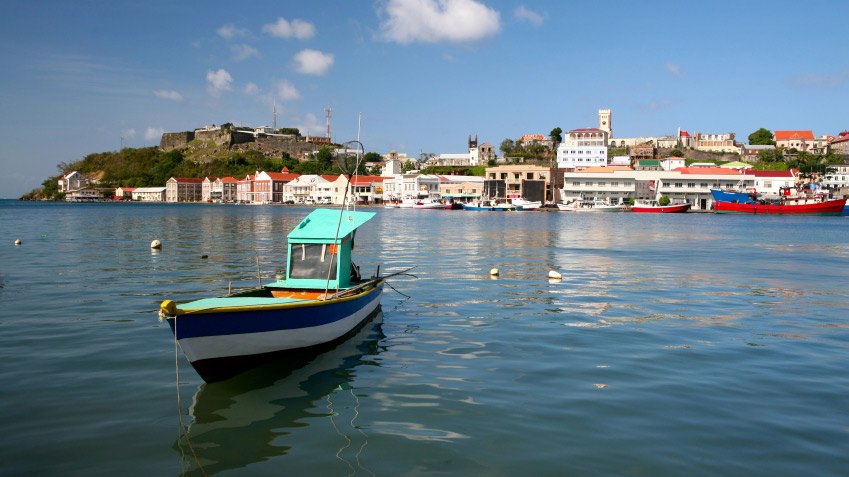 In contrast to the bigger economies in Latin America, the small island developing states of the Organization of Eastern Caribbean States (OECS) have been enjoying something of a growth rebound over the past five years. However, given its openness to trade and dependence on external economies, the region remains highly vulnerable to shocks.

We talked to World Bank macroeconomics expert, Francisco Carneiro, about what needs to be done to tame this volatility in the Eastern Caribbean.

Question: How sustainable is the increased growth the OECS is seeing at the moment?

Francisco Carneiro: While the most recent growth acceleration in the OECS is of course good news, growth in the OECS has been historically volatile. This is due to a number of internal and external factors ranging from their exposure to hurricanes and tropical storms, to the way they manage their economies.

This upturn  is certainly associated with the improving economic performance in the countries which send the greatest number of tourists to the OECS – the US, Canada and the UK. . However, as is the case in other small states, any turbulence in their main source of revenues can spell trouble and it is important to build buffers to deal with difficult times.

Q: Does that mean it’s a good time to put counter-cyclical policies into place?

FC: Yes, now is a good moment to start thinking about how the region could enact policies to help them withstand more difficult times. This could be done through a gradual shift to what economists call a more “counter-cyclical” fiscal policy – or the ability to “lean against the wind”; that is, the ability to save more during good times so there are funds left to stimulate the economy during bad times. The region is receptive to that idea. A good example is Grenada, where a medium-term fiscal framework anchored on clear spending rules has already been passed. This is certainly an example to be followed in the region.

Q: In your report Taming Volatility  you mention that there is a track record of pro-cyclical government spending in emerging economies across the region, and yet the OECS is far more volatile. Are the nations “suffering from their smallness?”

FC: The fact that most developing economies find it difficult to shift to more counter-cyclical government spending is more closely associated with the quality and strength of their institutions. The point we make in the report is that the more pro-cyclical your fiscal policy is, the more volatile your economic growth will be. That’s because when public spending follows the business cycle, it tends to accentuate crises and economic downturns. Countries should therefore seek ways to build buffers during the good times to “lean against the wind” in bad times. This could be done by adopting fiscal rules like Grenada has recently done, in spite of its relative small size.

Q: Tourism is the most important industry in the OECS, and yet it’s also highly vulnerable to external shocks. Just how much headway can the OECS make in taming volatility if up to 70% of GDP is from tourism?

FC: Volatility is the result of external and internal factors. While it’s difficult to avoid external factors, which are beyond any government’s control -  for example, a hurricane or a global financial crisis -  OECS countries could further strengthen their financial sector as well as making their fiscal policy stance more counter-cyclical. Further financial development can come about by restoring the stability in the banking sector which will help reduce systemic volatility. Additionally, improving savings instruments by introducing channels for long-term financing in the region, strengthening the regional insurance market by creating a single financial space in the region in which insurance companies can operate  and establishing stronger supervision and deposit insurance, so people don’t lose their savings in a crisis, could all help reduce volatility.

What is the World Bank doing to tackle these issues?

FC: The World Bank Group is a major development partner of OECS countries and is supporting them to strengthen their financial sectors along with the institutions that could contribute to building greater resilience to economic and natural shocks. 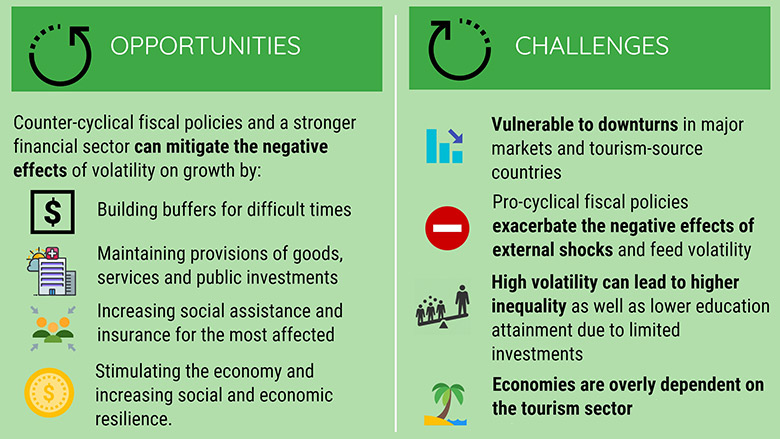 Taming Volatility in the Eastern Caribbean