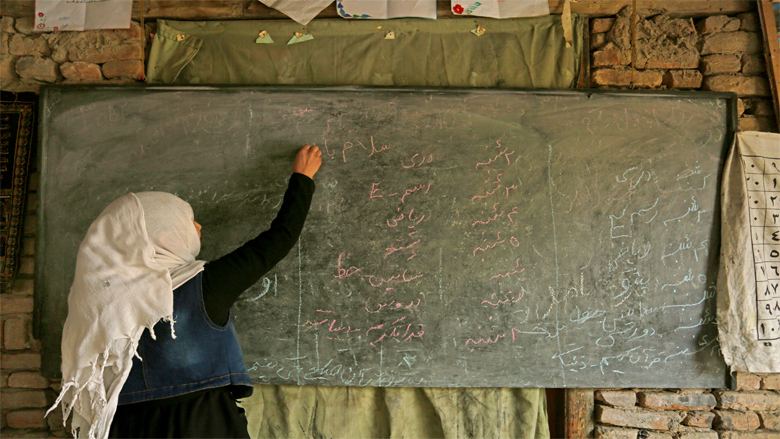 There has been a marked improvement in the quality of education. With support from the program’s Quality Enhancement Grant (QEG), the school now boasts a library and laboratory.

KABUL CITY – The school bell chimes and students make their way to the classrooms. They are dressed in winter uniforms, bundled up in blazers and woolens. In the classrooms, teachers hurry students to their seats and begin distributing exam papers. Today is the last day of examinations in the school and the students are excited about the winter holidays that start the next day.

It was not always the case that students sat in a proper classroom, insulated from inclement weather, for lessons and exams at the Mirman Secondary School. “It was only a few years ago that this building was constructed. It is well planned and a strong, stable structure,” says Jamila, the school principal, of the school building. “Before it was constructed, all we had were ruins. We had no doors, no windows, and in some classrooms, no wall.”

Established in 1960, Mirman School stands tall in the heart of the twisted and crowded lanes of Shur Bazar in old Kabul city. In the past, classes were held under tents and among the ruins of old buildings. “It was not at all like a classroom,” says Jamila. “Now students attend classes in standardized classrooms and are more focused.”

The school has the Education Quality Improvement Program (EQUIP) to thank for the school building and other facilities. Now in its second phase, EQUIP II seeks to increase equitable access to quality basic education, especially for girls. It is implemented by the Ministry of Education and funded by the Afghanistan Reconstruction Trust Fund (ARTF). EQUIP was originally supported by the International Development Association (IDA), the World Bank Group’s fund for the poorest countries.

Construction of the school building started in 2007 and was completed in 2009. The eight new classrooms were constructed at a total cost of $98,461, financed by EQUIP’s Infrastructure Development Grant (IDG). A proper building has led to a significant increase in the enrollment, paved the way for better quality education, and strengthened the school’s connection with the community, says Jamila. The school has seen an increase in enrollment—80 children registered for admission in 2016, a jump of more than 30 percent over previous years’ average of 50-60 new enrollments. 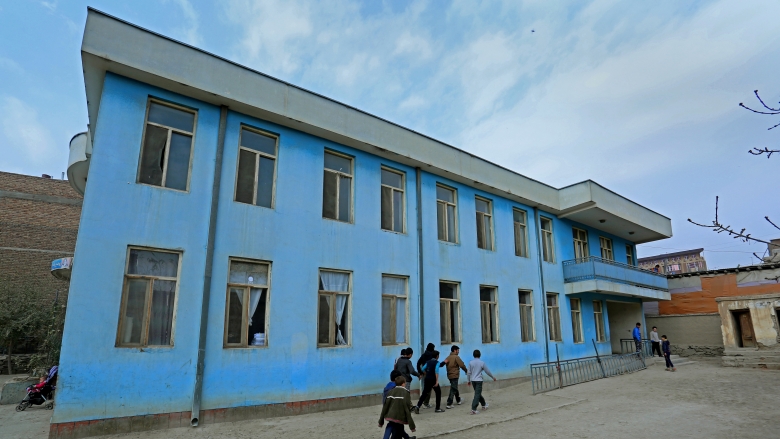 Established in 1960, Mirman Khajo School stands tall in the heart of the twisted and crowded lanes of Shur Bazar in old Kabul city. The new building, financed by Education Quality Improvement Program (EQUIP), paved the way to enroll more students in school, they can now concentrate and learn.

Photo Credit: Rumi Consultancy/ World Bank
" Once the school building was constructed, a lot of people were eager to send their children to this school. " 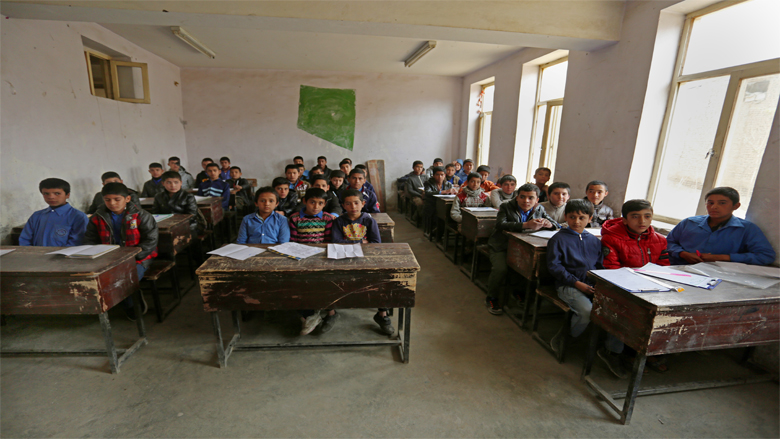 Mirman Khajo Secondary School has seen an increase in enrollment—80 children registered for admission in 2016, a jump of more than 30 percent over previous years’ average of 50-60 new enrollments.

Quality education for all

There has been a marked improvement in the quality of education with EQUIP support. With support from the program’s Quality Enhancement Grant (QEG), the school now boasts a library and laboratory. “My father is a street vendor and because of my family’s financial situation, I cannot afford to buy storybooks,” says Emran, a Grade 5 student at the school. “I like stories and the school library is a good place for reading them.”

While the program has addressed the basic infrastructure deficit at the school, new challenges continue to surface, for example when the school toilet system did not function. “Last year, an earthquake damaged four of our toilets that were built with the school building,” says Jamila. “We requested the Education Directorate to solve this problem but they could not help.” EQUIP, through its gender department, visited the school and came to know about the problem through the Ministry of Education. Ahmadzai adds, “We are really thankful to the EQUIP officers who ensured a solution was found.”

EQUIP adopts a very hands-on approach to ensure quality education for all. The establishment of School Management Shuras (councils) in EQUIP-supported schools helps the program to achieve its objective. The Mirman Khajo School Management Shura regularly meets the teachers to identify solutions to any new challenges they face. “The Shura constructed three extra classrooms next to the school building when we complained about the shortage of classrooms in the school,” remarks Shima.

The future of 1,050 young Afghans, the current number of students at the school, has been made brighter thanks to EQUIP. Khan Mohammad, a Grade 6 student, yells out, “I like my lessons and my classroom!”, just in case the point was missed.