In Nigeria, Fadama is Synonymous with a Decline in Poverty 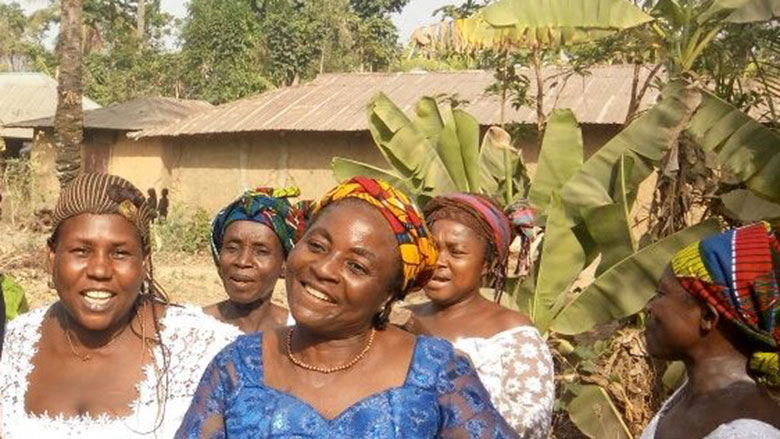 INYI, March 14, 2017 – In many parts of Africa, a series of laudatory appellations called praise songs are widely used to capture the essence of the person or object being praised. In the Inyi village community in Oduma, in Nigeria’s Enugu State, the Fadama project has earned its own praise song.

Inyi women gather in the village hall, dancing and chanting in unison: “Fadama - Ubiam eri mbombo ozo” orin English, “Fadama - poverty has run away, there is no more poverty.”

Within selected states with high potential, the additional financing of the Third National Fadama Development Project is focusing on improving the agricultural productivity of clusters of farmers engaged in priority staple foods namely rice, cassava, sorghum and horticulture. The farmers are provided tools and technologies such as rice millers, stowing machines, wheel barrows, threshers, pumping machines, and advisory services.  They are also advised by state-level project facilitators who provide input support and introduce farmers to practices such as insuring crops for fire and disease outbreaks to mitigate the impact of potential shocks.

As a largely rice producing community, Oduma’s Inyi villagers are registered members of Fadama production groups, with each group consisting of 10 farmers. In Inyi, two out of the six production groups consists of all-female members.

“Before Fadama was implemented in Oduma, we had no organized support for rice production.  The project has been helpful to the community because when a group of 10 farmers prepares their business plan, their input is half and the government covers the other half,” explains Ignatius Onyeabor, community leader. “Many of our women did not want to commit their money until the first production group subscribed and realized that it was real.  Now all the women have wheelbarrows,” he said.

The Fadama Development Project is helping to increase farmers’ incomes and access to water resources, all while empowering women in rural communities. In order to ensure sustainable results, the project is designed with several components including capacity building, project management, monitoring and evaluation.

“I cannot put into words all the benefits of Fadama. It has transformed our lives. Thanks to the Fadama project, we are able to pay school fees and our children are able to go to school,” said Regina Osundu, a member of one of the all-female Fadama production groups.

The benefits of the Fadama Development Project are best summed up by the reflect of Inyi’s female leader Nolly Ani: “Before Fadama, the women in the village looked lean. Now we all look robust. Rice farming is allowing our children to go to university.”