When There Is an Opportunity in Every Seed 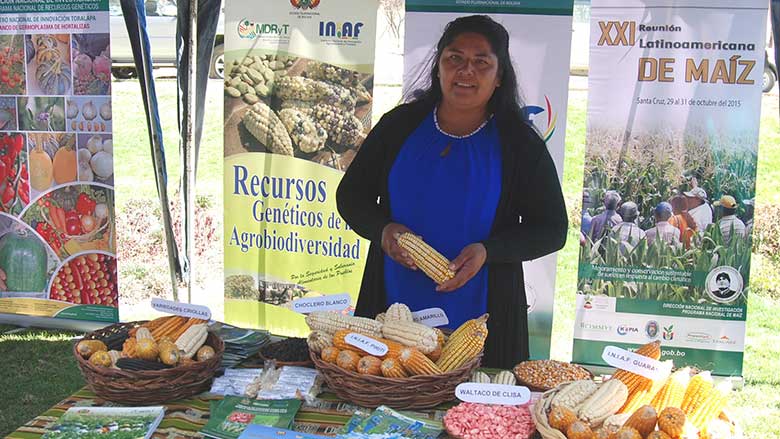 Nancy Rojas, corn and peanut seed producer from the municipality of Vaca Guzmán in the Bolivian Chaco region

From time immemorial, Villa de Mojocoya is one of the most important agricultural centers of Chuquisaca, Bolivia. At present, the small producers’ economy is based on the production of potato, corn and wheat seed, using the revenues from this activity to cover the cost of their children’s education. But it has not always been like this.

“I started producing seed when I was 14 years old, when my community –Mojocoya- produced only potatoes. The demand was low and there were no quality requirements. I decided to get training in family farming and I particularly focused on everything related to seed; gradually more people got involved when they realized this was good business. Today, 45 families produce seed”, says Camilo Roque, leader of the Naunaca Seed Producers Association (Aprosena) and agricultural entrepreneur.

But Roque wants his community to go beyond this achievement. “We are making an effort to increase and diversify the production to commercialize it in Santa Cruz”, he ensures. And they are reinvesting their earnings to buy new equipment because they are interested to start producing other products as well, e.g. oat seed. Their main constraint is the shortage of land, which they compensate through permanent crop rotation. Their primary concern is the impact of climate change. In 2016 Bolivia was hit by the worst drought of the last 25 years.

Aprosena is one of the 300 seed producing organizations with which the National Institute for Innovation in Agriculture, Livestock and Forestry (INIAF) works. The World Bank has been supporting the strengthening of INIAF since 2011 through the Agricultural Innovation and Services Project (PISA, in Spanish). This entity within the Ministry of Rural Development and Land (MDRyT, in Spanish) is responsible for the certification, oversight, registration and control of seed trade in the entire Bolivian territory through its National Seed Directorate.

Seed production has developed substantially over recent years, making a significant contribution to the country’s agricultural productivity. According to historical records of the volumes of seed produced in Bolivia, 20,662 tons were certified in 1991; 78,000 tons in 2011 and, by 2015, INIAF certified 119,124 tons of seed.

At present, certified seed is used on 56 percent of the cropland in Bolivia, which is higher compared to various countries of the region. The highest percentage is found in Brasil with 66 percent.

This growth is possible only thanks to the participation of the producers and their families. Through INIAF, they have access to specialized technical advice, research and technology.

According to Ediberta Mallku Mamani, a seed producer from Challapata (Oruro), INIAF’s technical assistance is fundamental for her to improve her production and, hence, her income. “In my community we use the sprout-based seed production method, which improves yields from 16 to 20 potatoes per seed. We have also learned about innovations to rejuvenate the seed”.

Verónica Choque Leyva is a young agricultural engineer who works at the National Vegetable Production Center of INIAF. She conducts research to develop drought-resistant varieties and she provides technical assistance to seed producers in Cochabamba. “The producers’ income has improved significantly thanks to this profitable activity. It is our goal to help them optimize their production. In this region, we work with onion, carrot, radish and beet seed, which are greatly valued in other markets, e.g. Santa Cruz, as well”, she says.

The small-scale producers focus on the market in Santa Cruz in view of the volume of agricultural activity in that department, which is the one demanding the greatest quantity and variety of certified seed in the country.

In Bolivia, the greatest demand is for soybean seed (64 percent), followed by wheat (15 percent) and potatoes (10 percent). Other important crops in terms of the demand for seed are rice, corn, sugarcane, kidney beans, fodder, sunflower, chia, peas, beans, vegetables, peanuts, quinoa, sesame, sorghum and other products in lower quantities.

" The seed producers’ income is higher compared to the farmers. It is more profitable than commercial seed, because for this seed we are paid three to five times more " 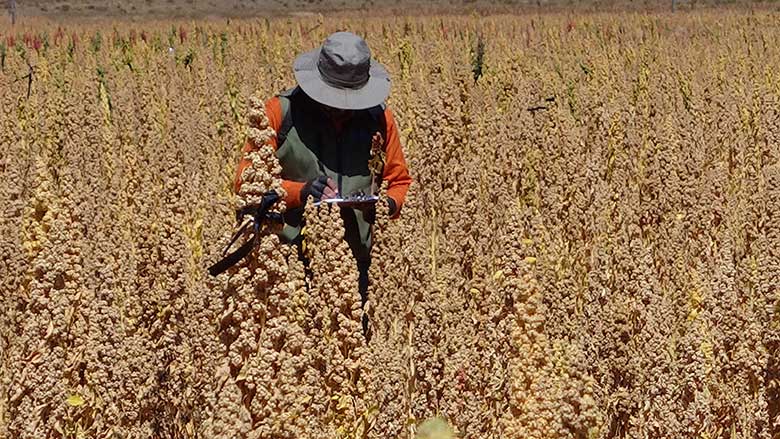 Domestic supply but targeting other markets

The main objective of the PISA project was to strengthen institutionality with a view to innovation in the Bolivian agriculture and livestock sector. “The set goal has been achieved: INIAF’s scientific and technology development capacities have been strengthened and the institution has become a leader of the national research and extension system. One of the best examples is related to seed, with crops yields increasing by between 15 and 46 percent, production costs going down and the producers’ revenues per hectare of cropland going up by up to 400 percent”, says Nicola Pontara, World Bank resident representative in Bolivia.

The enhanced certification capacity achieved through the project is also clear in the fact that of the total number of varieties registered in the country since 1984, 30% was registered during the five years of the project when the number of certified seedlings increased from one to 10 million.

According to INIAF’s estimates, 14,000 smallholder families participate in the production of certified seed. Most of them live in a fragile economic situation and require technical assistance, access to technology and support to access markets.

“The seed producers’ income is higher compared to the farmers”, says Nancy Rojas, a corn and peanut seed producer from the municipality of Vaca Guzmán in the Bolivian Chaco region. “It is more profitable than commercial seed, because for this seed we are paid three to five times more”, she adds. For her and her family, it is extremely important for INIAF to continue supporting her activity.

In summary, the seed-related activities have yielded positive results. In economic terms, thanks to the project 102,500 hectares of crops started using certified seed, increasing the net revenues of agriculture by over BOB 100 million per year (approximately USD 14 million). From a social perspective, the producers’ organizations are part of the system providing training and access to technology. In the productive sphere, the use of quality seed has given rise to a significant increase of the crop yield and, therefore, a greater productivity.

The PISA project is one of the three projects the World Bank supports in the Bolivian agricultural sector. It is seen as a project that generates opportunities for many rural households who live in poverty. According to official data, in Bolivia agriculture accounts for 10.2 percent of GDP and generates 29.4 percent of employment in the country. It is essential for this sector to be underpinned by technology and innovating practices. The seeds are an opportunity.