What Does It Mean to Be a Woman in Brazil? The Answer Will Surprise You 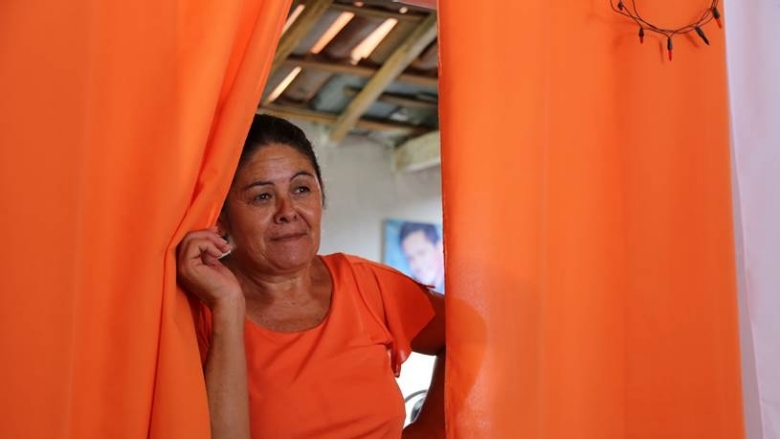 Mariana K. Ceratti/World Bank
A new study shows that Latin America’s largest country made advances in education and health but that women did not progress equally

Brazil gave men and women the same access to education, improved maternal health and reduced rates of adolescent pregnancy. Paradoxically, not all women have benefited from these advances.

In the largest country of Latin America, women of African and indigenous descent continue to be at a disadvantage, particularly in the poorest regions, according to a new World Bank report entitled A Snapshot of Gender in Brazil Today.

"Tackling racial and geographic inequalities is critical for reaching gender equality, as it is certainly harder—and in some instances impossible—to raise aggregates of female progress substantially if large sub-groups of women lag behind,” wrote the authors. “It would be a disservice to large swaths of the population to only set targets for women on average when non-white women and those living in the northern parts of the country are systematically below the average,” they added.

To address this problem, the study stresses the importance of considering the disadvantages of these sub-groups in policy and project design, as well as of properly designing the goals for gender equality in the country.

In Latin America, a survey conducted in 12 countries found that between 25% and 50% of women had been subject to violence by their partner. Brazil, in a comparison of 83 countries, had the fifth highest rate of femicide.  The southeast region of the country has the lowest rates and was the only region that recorded a decline between 2003 and 2013. By contrast, in both the north and northeast, the rate was more than 70% in the same period. The increase was concentrated in the Afro-Brazilian and indigenous population, especially in the northeast, where the femicide rate among Afro-descendants increased 103% during the decade.

Wages fall well below those of men

A recent World Bank study found that in 2010, women’s wages equaled 71% of those of men. That was one of the largest wage gaps observed in Latin American and Caribbean countries. Racial inequality reinforces these disparities. The gap is even wider among more highly educated professionals.

More education does not mean more participation in the labor market

The finding is surprising given that Brazilian women have closed (and in some cases even inverted) gender gaps in education. The education level of both men and women is on the rise. The literacy rate of young people (15-24 years) reached 98% for men and 99% for women, compared with 84% in 1980. Annually, some two-thirds of university graduates are women.

Nevertheless, women continue to employed in areas of lower growth and lower wages. Sectors such as food and housing, education, health, social services and domestic services concentrate around 45% of female workers while 48% of employed men work in agriculture, manufacturing and construction.

Women continue to have limited representation in politics

Although the number of candidates has increased in recent years, the results of the elections did not result in women’s increased representation in Congress. In 2010, 45 women were elected to the Chamber of Deputies; in 2014, 51 female candidates secured seats. These figures represent just 8.8% and 9.9% of the Chamber’s 513 deputies, respectively.

For the Senate, which renewed one third of its 81 seats in 2014, five female senators were elected, joining another six previously chosen.  Women now occupy 13.6% of Senate seats. These figures are significantly below the Latin America and Caribbean average of 26 percent of female members of parliment. The Inter-Parliamentary Union ranks Brazil 113th in the world on its “List of Women in National Parliaments.”

As in other Latin American countries, high rates of adolescent pregnancy in Brazil are associated with high social vulnerability and poverty. Teenage women who are Afro-Brazilian and who live in poor areas (both urban and rural) are at a greater risk for early pregnancy.