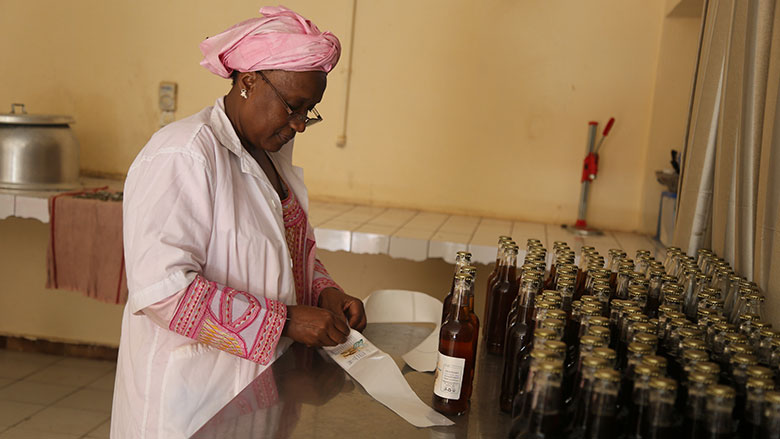 © Habibatou Gologo/World Bank
In celebration of International Women’s Day, we are publishing throughout the week a series of portraits of extraordinary women who are contributing to the development of their country each day. Sow Ada and Nantene decided to start their own businesses to promote local products and boost female employment. Madina, tasked with monitoring a rural electrification project, ensures that all of these women entrepreneurs have access to a high-quality power grid.

After working for 29 years in the banking sector, Sow Ada Bocoum decided to go into the local fruit processing business in 2015. She launched Dickel Production, which now sells fruit juices to several establishments in Bamako.

“It all started during a trip to Mecca where I drank an absolutely delicious mango juice, much better than the juices that I usually had in Mali,” she explains. Her foray into the production of natural juices with no artificial coloring therefore began as a challenge.

Thanks to the financing she received from the Agricultural Competitiveness and Diversification Project (ACDP), she was able to purchase 10,000 glass bottles, as well as machines and refrigerators.

To ensure her products stood out, she also invested in labels bearing a unique logo to personalize her brand. A year later in January 2016, she hired five staff  and launched the production of nine juice flavors, a number of which were very exotic: papaya, mango, hibiscus flower (bissap), baobab fruit, ginger, guava, wild passion flower (pomme liana), palmyra, and tamarind.

“Once a month, I go shopping in Bamako to select the best fruits and ingredients. Right now I am doing this on a small scale and am offering my juices in restaurants and hotels because I have to retrieve my reusable bottles. My training has helped me to provide products of impeccable quality that are in compliance with international standards and can be exported in the future, especially to the United States. I dream of being able to purchase an automatic crusher and a capping machine in the future, so that I can develop a real production line. I also want for my company to become a green business model by using renewable energy sources and recycled products. It is true that this began as a challenge but now I want to train young people and contribute to Mali’s development.” 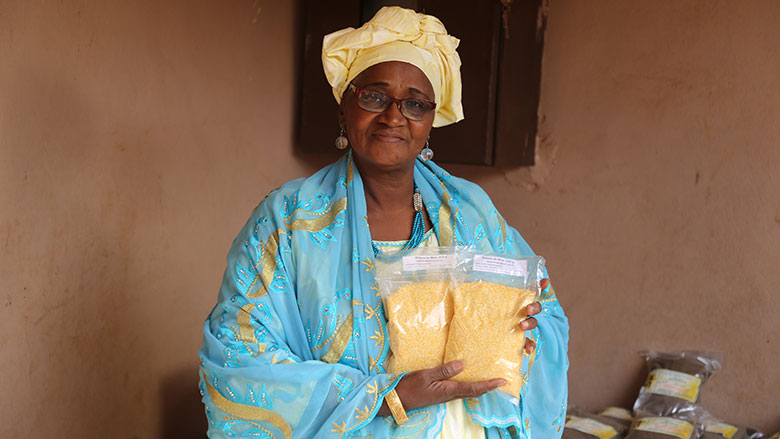 “I opted to use a woman with several arms as the logo to illustrate my brand because women play so many roles in our society and have to take care of many things in their family,” remarked Nantene Coulibaly.

“We formed an economic interest group (EIG) in July 2009, which quickly grew over the years. We primarily process grains (fonio, corn, and millet), other local products such as groundnut and, most recently, shea. We offer a range of 10 products and get supplies from the Sikasso and Ségou regions for delivery in Bamako. We are sticklers when it comes to quality and delivery times. For now, our products are only being sold in Mali at points of sale in Bamako and in the Sikasso and Ségou regions. Sometimes third parties get their supplies from us and then export them. We produce between five and six metric tons of fonio each month, for example,” she explains.

Coulibaly primarily employs young people and women. She’s passionate about helping Malian women and allowing them to benefit from her experience, which dates back to her time at the Malian Textile Development Company (CMDT) where she worked for close to 26 years. The idea processing local products came to her in 1985 when she realized that producers could not sell all of their crops because they didn’t have enough customers.

She then made the decision to put an end to this waste and kill two birds with one stone: develop the local products and employ young people and women. Her company, Dado Production, now has 20 permanent and seasonal employees, 16 of whom are women. 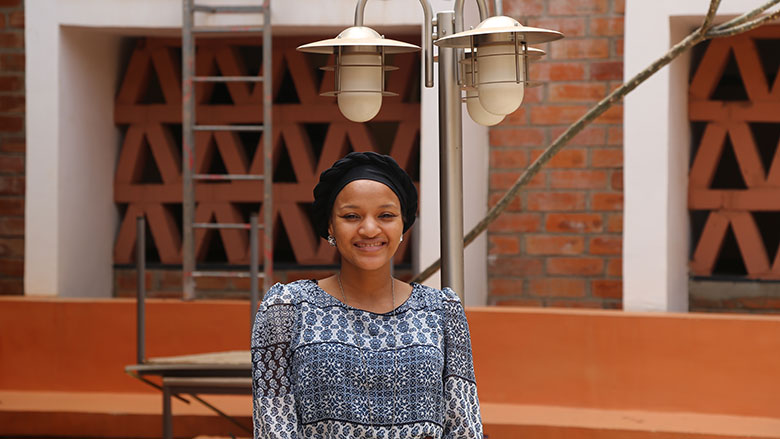 It all began in December 2014 for this 26-year-old mother of a six-month old baby. “After completing my master’s in international development, I applied for an internship at the World Bank. I was not selected at that time but my resume remained in the Bank’s database. I was later contacted to serve as a coordinator between the Bank and the technical and financial partners in an energy thematic group. I was then tasked with monitoring the Mali Rural Electrification Program (SHER).

In 2015, I was a member of a mission on gender equality, which was responsible for assessing the energy needs of processing and marketing facilities for local products in the Koulikoro region. These facilities are major sources of income for women.”

One observation made at the end of the mission was the need for literacy courses, management training, and equipment for many women. Women especially need refrigerators to preserve their products or solar dryers for the mangoes and fonio (grain).

“This mission allowed me to make the link between my studies and the work of the World Bank. The SHER project hopes to develop hybrid energy in 50 Malian towns. Mini grids have already been installed by private operators in these areas, but the project is expected to boost the installed renewable energy capacity and improve the supply of electricity in underserved areas.

This will ultimately lower the price of electricity in rural areas, where it is currently three times more expensive than in urban areas. In addition, the targeted areas will also have 18 hours of electricity each day instead of six, which will be a source of pride for me because we need to develop the rural areas,” concludes Tall.