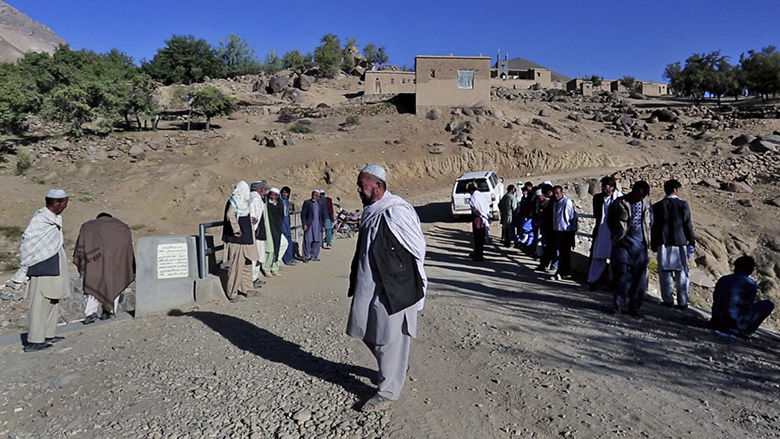 NILI DISTRICT, Daykundi Province – The wind is blowing, carrying the first chill of autumn to the village isolated by towering mountains. It is early morning in Meshe Payan village and a shepherd guides his flock of sheep through dusty fields and over a bridge as children bring their animals to add to the flock.

Juma, 33, a resident of the village, checks his car, preparing to take passengers to the provincial capital, Nili. “Before the construction of the bridge, drivers could not go to the other side of the village in the winter,” he says. “Once, there was a birthing emergency in the winter when we did not have the bridge. We carried the woman by animal, but we could not get her to the health center in time and her infant died.”

A river separates Meshe Payan village in two, now connected by the concrete bridge. The bridge replaces the occasional mud bridge built by the villagers, which were destroyed yearly by floods. Rebuilding the mud bridge was labor and time intensive. As a result, there was no access between the two sides of the village during spring, when heavy rains caused flooding. 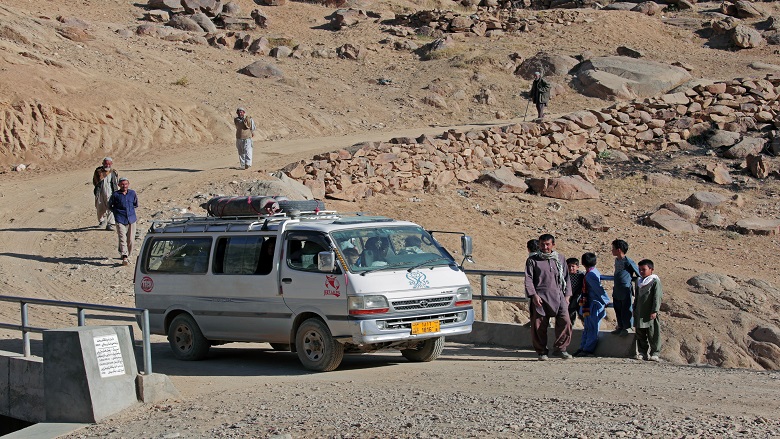 The newly constructed bridge, supported by ARAP, now connects some 150 households with the central provincial market in Nili.

Photo Credit: Rumi Consultancy / World Bank
" In the past, when we bought something, it was very difficult to transfer materials to our homes. Now, the car comes right to our doors.  " 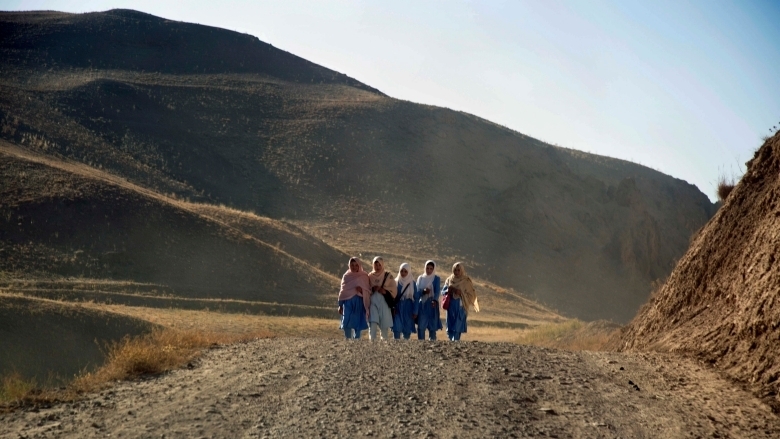 The cost of transportation and travel has reduced significantly since the implementation of the road rehabilitation projects.

The concrete bridge was built under the Afghanistan Rural Access Project (ARAP), implemented by the Ministry of Rural Rehabilitation and Development (MRRD). It was built at a budget of 2.5 million afghanis (about $37,500) funded by ARAP. The Community Development Council (CDC) of Meshe Payan village was responsible for the project, which took 10 months and was completed in July 2014. The bridge, six meters long and three meters wide, connects the village of some 150 households, and provides access from one side to the central provincial market in Nili.

The bridge construction project is one of a series of ARAP projects to provide the isolated community access to essential services and facilities. Over the past years, roads have been built or rehabilitated in this remote village in Nili district in Daykundi Province. A recently built road has provided an alternative route to reach other districts of the province. Although nearby districts have a main road to Nili, the new road provides a shortcut that saves travelers two hours of travel time. “The road is vital for our village,” says Hussain, a resident. “In the past, when we bought something, it was very difficult to transfer materials to our homes. Now, the car comes right to our doors.”

ARAP is a follow-on project of the National Emergency Rural Access Program (NERAP). It is supported by the International Development Association (IDA), the World Bank Group’s fund for the poorest countries, and Afghanistan Reconstruction Trust Fund (ARTF). It aims to benefit rural communities across Afghanistan by improving access to basic services and facilities through all-weather roads.

ARAP started its work in Daykundi in 2003 and has rehabilitated nearly 100 kilometers of roads, and built 60 meters of bridges. It maintains 130 kilometers of roads. “The ARAP projects have connected three districts and several villages to Nili and Ghor Province,” says Ghulam, officer in Daykundi. “People contributed and helped to implement the projects successfully.”

Since the bridge was built in Meshe Payan village, access to health centers, markets, and schools has improved significantly. Farmers are able to transport their products safely and sell them at reasonable prices. “I earn money by selling horticulture products and livestock,” says Seyawash, a resident. “Three years ago, I lost three of my four sheep crossing the mud bridge. It made me very sad because I lost my main source of income for six months. I had a hard time that year.”

Children are now able to attend school throughout the seasons. In the past, they often had to ford the river to get to school, which was dangerous when the water levels rose. As a result, some villagers didn’t allow their children to attend school, fearing for their safety. In the two years since the bridge was constructed, villagers have been more willing to send their children to school and the local school enrollment has increased. 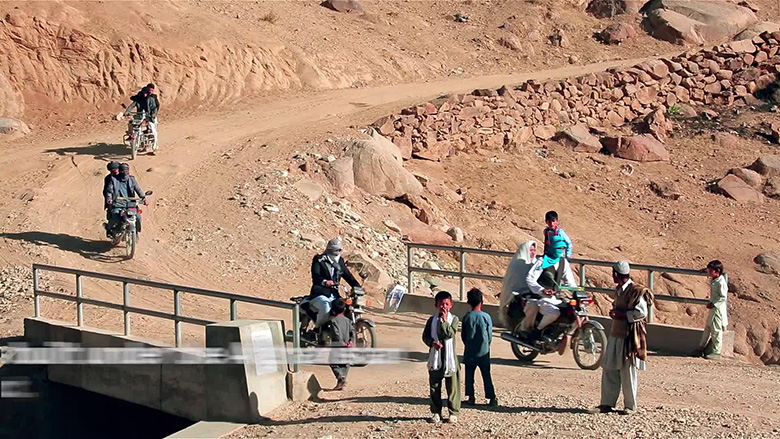 Connecting Villagers to Roads and Services in Afghanistan