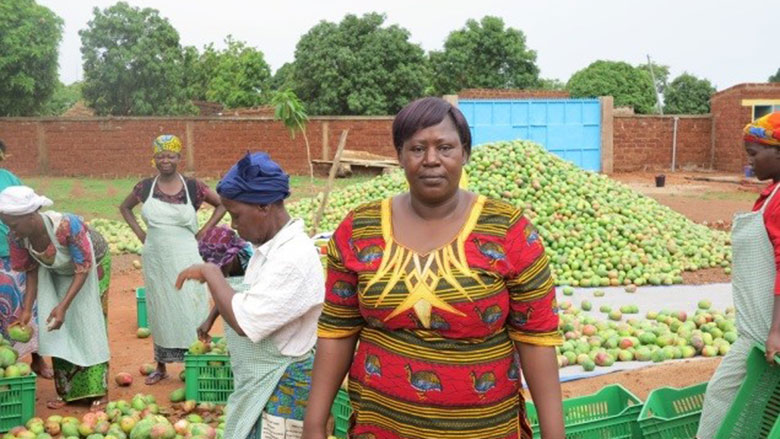 © Adama Savadogo/PAFASP
In celebration of International Women’s Day, we are publishing a series of portraits of women who through their courage, resilience, and entrepreneurial spirit, are contributing to the development of their countries. Christiane and Fatimata are two such women.

OUAGADOUGOU, March 7, 2017—Christiane Coulibaly, a radiant mother of three in her fifties, owns a flourishing mango drying business in Toussiana, approximately 420 kilometers from Ouagadougou in western Burkina Faso. She has 11 full-time staff and 500 seasonal workers, 456 of whom are women.

However, things were not always the picture of success for Coulibaly. After obtaining her primary school certificate and spending 10 years in a difficult marriage in Côte d’Ivoire, she went back to Burkina Faso in 1982, penniless and with no further education. After a series of odd jobs, she ended up in Ouahigouya in northern Burkina Faso to participate in an internship at a mango drying facility.

That’s when it clicked. “The women of Ouahigouya were traveling over 500 kilometers to get mangoes in Toussiana,” she recalls. “So I wondered why I, who was surrounded by mangoes, couldn’t do the same.”

She started up her mango drying business with limited resources. In 2008, she heard about the World Bank-financed Agricultural Diversification and Market Development Program (PAFASP), and thanks to project support, things really began to pick up. “Support from the PAFASP has played a key role in the development of my drying facility,” she says. “I have been able to purchase two tunnel dryers and transform my business. To give you an idea – the Attesta dryer that I used in the past produced 20 kilograms of dried mangoes in 24 hours while the tunnel dryer produces 120 kilograms,” Coulibaly happily notes. This go-getter then used her own money to purchase two more dryers in 2015 and 2016. Coulibaly intends to carry on with her investments and continue contributing to the empowerment of women in rural areas. 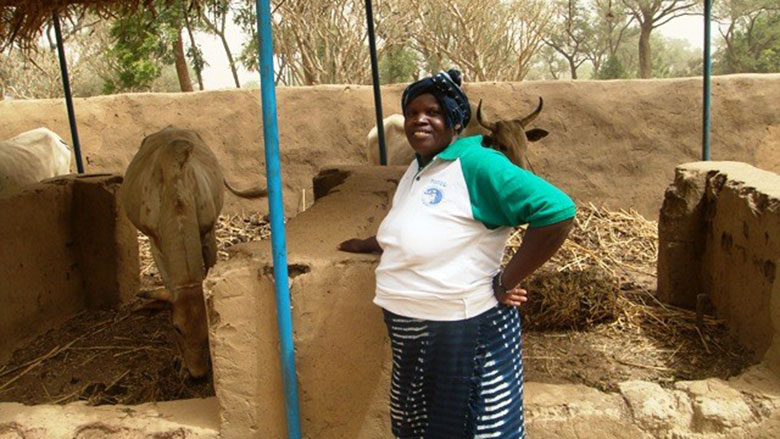 Cattle fattening is an important source of revenue for women in rural zones.

Fatimata Tarbagdo found her calling and a stable income in cattle fattening a few kilometers to the north, in the village of Sibalo. Wearing an indigo traditional cloth tied securely around her waist and a hat firmly in place on her head, she welcomed us while confidently holding her shepherd’s crook that she uses to steer her cattle toward her fattening unit. This mother of four, who is currently the president of a women’s group, also received financing from the PAFASP to set up her business. Among other things, this financing enabled her to purchase five cows and build a cowshed. “I use my profits to cover my household expenses, including food, medicine, and tuition fees,” she explains, adding “I have every intention of expanding my business and I know other women who are eagerly planning the same, because cattle fattening is a major source of income for women in rural areas.”