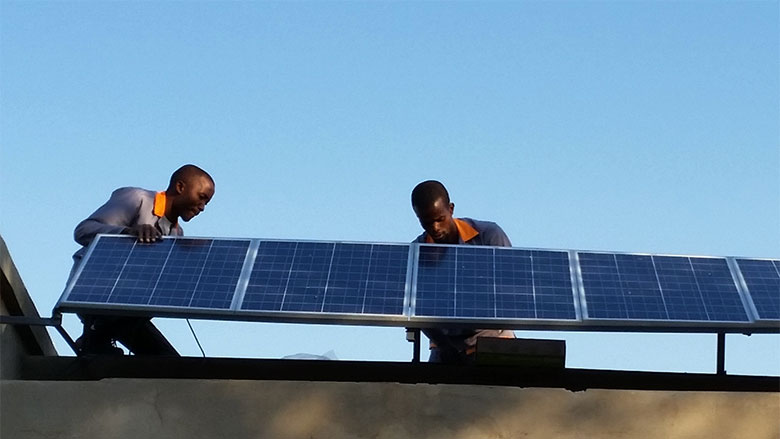 MAPUTO, March 1, 2017─Families of the little village of Damo in the Moamba District, some 90 kilometers away from the capital of Mozambique, remember the times when firewood and kerosene lamps were the only sources of light to illuminate the interior of their homes. With World Bank support to the Government of Mozambique’s Energy Development and Access Project (EDAP), life in this and many other villages across the country have changed dramatically in recent years.

“My life is not the same anymore,” said Laura Chissico, a resident of Moamba district who recalls how life has changed for better. “Now that we have electricity, we have been able to earn 5,000 to 7,000 MTs (about $60 to $100) a month from the sale of ‘badjias’ and other cookies. We even started to use a conventional oven that allowed us to diversify our products and expand the business.”

As many other residents in Moamba and other districts impacted by the project─including those in the provinces of Cabo Delgado, Niassa, Manica, and Inhambane─Laura used “xiphefo,” a homemade unreliable kerosene lamp, as the main source of light, rendering almost impossible any public or commercial activity at night in the district. With investments in new distribution lines, installation of transformers as well as new connections, her life, and those of many other rural residents across the country, has turned around completely. 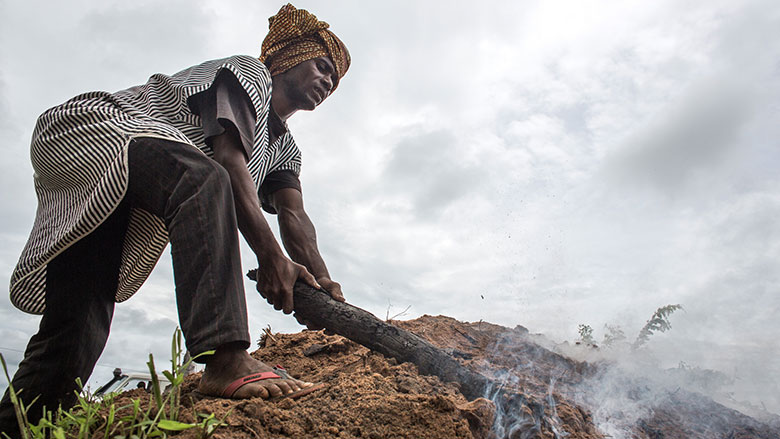 In many rural areas in Mozambique, the population relies on coal production as their main energy source

Schools, Health Centers, and Businesses Among the Biggest Beneficiaries

José Filimone, a wood artisan in the Maputo province, who owns a small business with over 10 workers, is another satisfied beneficiary who tells us how his business is thriving these days thanks to electricity. “We are now using electric tools, which means working faster and getting better finishing quality, something that hardly ever happened before,” he recalls visibly happy. “We have bigger orders today, and our lives improved significantly.”

The World Bank is currently in the second phase of a $120 million program called Energy Development and Access Project aimed at improving access to electricity in Mozambique. As part of this project, which is about to close, 42,500 new clients from peri-urban settlements have been added to the network. Investments under the project include the expansion of existing networks in fast-growing areas as well as in large cities, including over 400 kilometers of new transmission and distribution lines. Other areas benefiting from World Bank support are the improvements of institutional and regulatory capacity in the energy sector, as well as efforts to extend access to energy in rural areas through off-grid renewable solutions such as photovoltaic solar panels installed in the provinces of Inhambane, Manica, Cabo Delgado, and Niassa, connecting over 500 health centers and 300 schools.

The Nexus Between Poverty and Energy

In Mozambique, poverty is concentrated in rural areas. The authorities established that accelerating and expanding access to rural electricity is key in fighting poverty. As part of this thrust, Mozambique is one of the countries in Sub-Saharan Africa with the highest rate of new connections, averaging 120,000 new connections per year over the past five years. The authorities’ energy-mix plan is to maximize hydropower potential, especially through the Cahora Bassa dam as the primary source of electrification while also investing in alternative sources of energy. To that end, the government approved recently the Renewable Energy Strategy which seeks to boost energy access to rural areas.

Solar power offers great potential for Mozambique and remains largely untapped in the country. The authorities have recently set forth their medium term energy-mix plan which includes 55% of renewables by 2030. The World Bank has also provided support for planning, policy, and institutional development of Mozambique's power sector. This includes assisting in the elaboration of the National Rural Electrification Strategy and investment programs. In addition, the Bank is also working in coordination with the government’s Energy Fund (FUNAE) in promoting the use and distribution of cooking stoves, in an initiative aimed at, among other things, bringing down pressure on wood fuels, reducing deforestation, as well as protecting women and children against carbon monoxide and volatile particles emanating from coal, which is widely used for cooking throughout Mozambique.