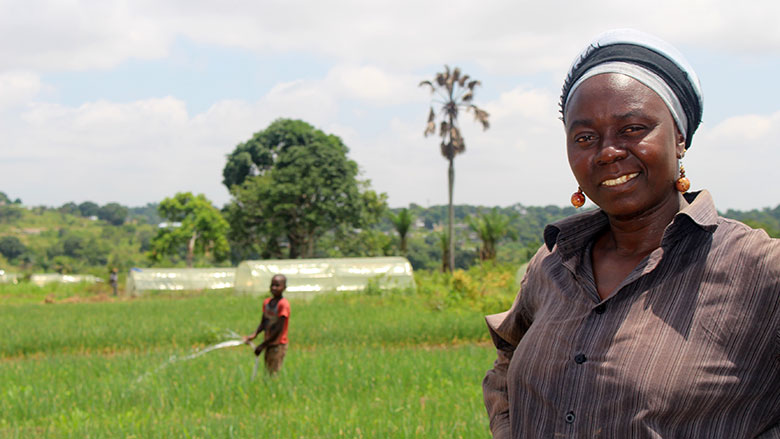 “In our family, gardening is very much a family affair handed down from father to son and from mother to daughter.” - Noëlle Ntsiessie

Franck Bitemo/World Bank
In celebration of International Women’s Day, we are publishing a series of portraits of exceptional women throughout the week. Orphaned at the age of 10, Noëlle found her calling in gardening, after taking a circuitous route to get there. She would like to restore the reputation of this unjustly undervalued sector.

BRAZZAVILLE, March 2, 2017─The thing that struck me when I met Noëlle Ntsiessie for the first time was the quality of her language and her general culture, to the point that I could not help asking her what she was doing growing vegetables in this remote corner of Soungi. “In our family,” she says, smiling as if she had read my mind, “gardening is very much a family affair, handed down from father to son and from mother to daughter.”

In her early forties, Noëlle Ntsiessie is one of 2,000 gardeners ousted from various farms around Brazzaville owing to road works. Along with 79 others, she was able to relocate some 10 kilometers away, in the southern outskirts of Brazzaville, specifically in Soungi, where they farm 10 hectares along the Djoué River with the assistance of the Agricultural Development and Rural Roads Rehabilitation Project (PDARP). “Quite frankly, I was desperate when we were evicted from our location, but when I arrived in Soungi and saw the facilities provided for us under the PDARP, I immediately had renewed hope,” remembers Ntsiessie. 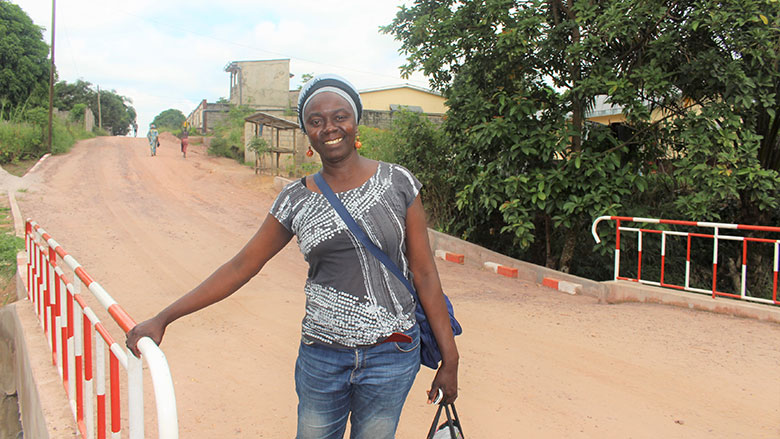 Noëlle Ntsiessie has not had an easy life. She did not know her father and lost her mother at the age of 10. She was raised by her grandparents, who as farmers gave her a taste for gardening. But after failing to complete secondary school she gravitated toward vocational training and found a job as a secretary with a private company in Brazzaville. The armed conflicts that broke out sporadically in Brazzaville in the 1990s forced her to move to Pointe-Noire, the economic capital of the Congo. Her search for freedom led her to artistic circles, where she was hired as a dancer and later as the manager of a choreography company. In 2000, she left the Congo with her company to take refuge first in Côte d’Ivoire and then in Burkina Faso. Upon her return to Brazzaville after eight years of exile, she was penniless and without any prospects. Her mother-in-law encouraged her to reconnect with her childhood passion. “My mother-in-law said to me one day: ‘there is money in the land’ and that encouraged me to return to horticulture,” says Ntsiessie.

Since June 2015, she has been a founding member of the Makedika market gardening group, for which she acts as treasurer. Its name means “honesty.” Like the other members, she has a 500 square meter personal lot on which she grows chives, endive, black nightshade, spinach, and eggplant. Her first harvest brought in almost CFAF 250,000 (approximately $405) in profits, and the future seems promising. “There is still a lot of prejudice against farming in Congolese society,” she says. “Some people do not even consider it to be work, and those who work in market gardening are often ashamed to admit it because it is associated with poverty. There is not enough emphasis on farming as a noble profession that generates wealth.” As if to be sure of convincing us, she adds that it is thanks to the farming income that she and her husband, who is also a gardener, have earned, they have been able to purchase their house where she has installed a plant nursery. Moreover, it is by farming that she has been able to finance the artistic activities that she still participates in as the manager of an international theater festival. 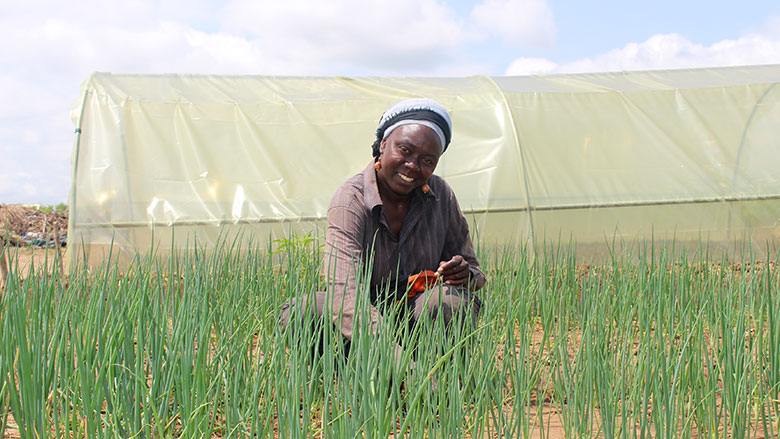 Gardening gives me joy. As long as I have access to land and the land is generous, I will never be poor and I will not die of hunger.

Franck Bitemo/World Bank
" Gardening gives me joy. As long as I have access to land and the land is generous, I will never be poor and I will not die of hunger "

“I am not criticizing people who work in offices,” she adds. “We need them to study what we do and help us develop our activities. But for me it is gardening that gives me joy. As long as I have access to land and the land is generous, I will never be poor and I will not die of hunger.”

Out of a total investment of over CFAF 235 million (about $380,602), the Soungi project has received almost CFAF 149 million from the PDARP (or around $241,000). The project recipients also contributed CFAF 7.8 million (or $12,692) themselves. This has enabled them to, among other things, finance the construction of a bridge to facilitate access to the site, install four water towers with a capacity of 25 square meters each, and purchase four pumps, seeds, four scooters, 80 plowing implements, and an irrigation system. Currently, the site houses four groups of 20 market gardeners each but is expected to be expanded to accommodate 100. Each group has a 500 square meters of experimental field that it manages together, in addition to individual allotments also measuring 500 square meters. 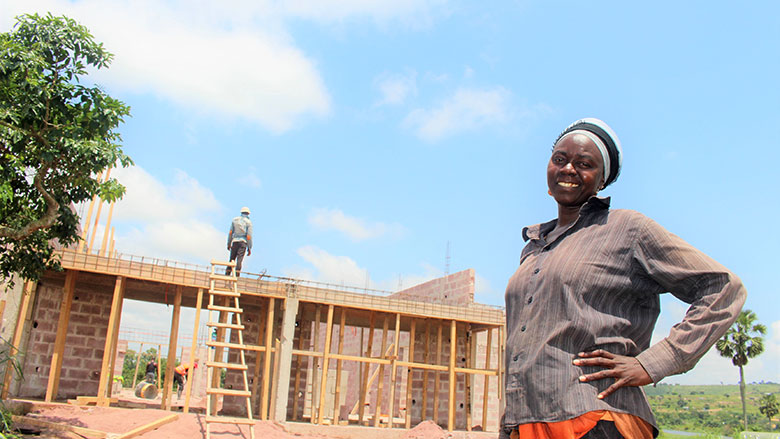 Construction of a barn and offices for the Soungi market gardeners. Photo: Franck Bitemo/World Bank

The PDARP has been in operation since 2008 and will come to an end in April 2017. It has rehabilitated 1,300 km of rural roads throughout the country, constructed 41 rural markets, and supported 12,000 farmers. “A new $100 million project in support of the development of commercial agriculture is being developed and should contribute to the development and modernization of family farms, commercial agriculture, and agro-industry,” says Amadou Oumar Ba, World Bank Project Manager.