In Bangladesh, Empowering and Employing Women in the Garments Sector 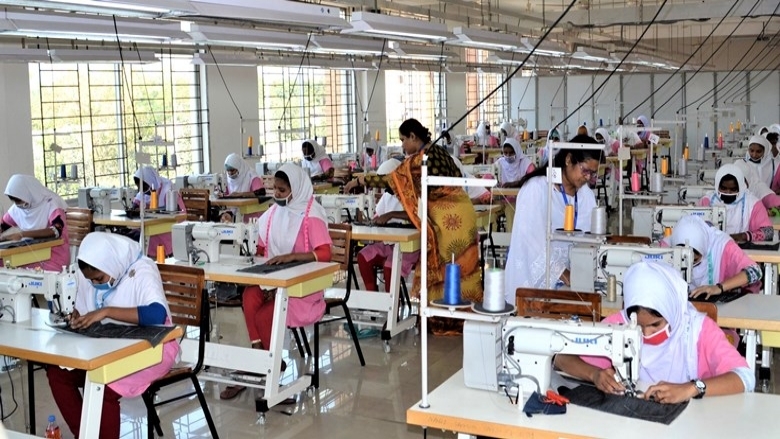 Women, aged between 18-26 years, at one of the training centres

The northern areas of Bangladesh are amongst the poorest in the country. Women in particular have difficulty finding alternative employment here, as they are isolated from the major industrial centres where the majority of jobs are. The Northern Areas Reduction of Poverty Initiative (NARI) project aims to target and economically empower poor and vulnerable women from the north western districts by facilitating their access to formal sector employment in the ready-made garment sector in Dhaka, Ishwardi and Chittagong. The project helps the vulnerable women overcome the difficulties of migration and challenges of adapting to city life.

The garment industry in Bangladesh has played a significant role in economically uplifting a large cohort of poor and vulnerable women. The opportunity to be gainfully employed has served as a repellent against early marriage and in turn reductions in fertility. Control over income also provides the women with more decision making power at home, voice in the social sphere and self-esteem. Today, approximately 80 percent of garment workers are women. Yet, the number of poor women from impoverished northwestern districts joining the garments sector is much lower than the number of poor women from other parts of the country. Research has shown that this is in large part due to lack of awareness, the perceived and real risks regarding migration, uncertainty about securing a job quickly.  One of the main risks cited was of finding safe and reasonably priced housing upon arrival to urban centres, in the absence of existing networks. Female garment workers constitute a highly vulnerable group: young, poor, unskilled, sometimes illiterate, and often single women in a society dominated by strong gender hierarchies. With few support systems in place, the first few months in the city and at the factory are the most hazardous, deterring many women in desperate need of work from making the change.

" I have a four-year-old son back in my village. I want to make a better life for him. This program is teaching me to be self-reliant and provide for my family. " 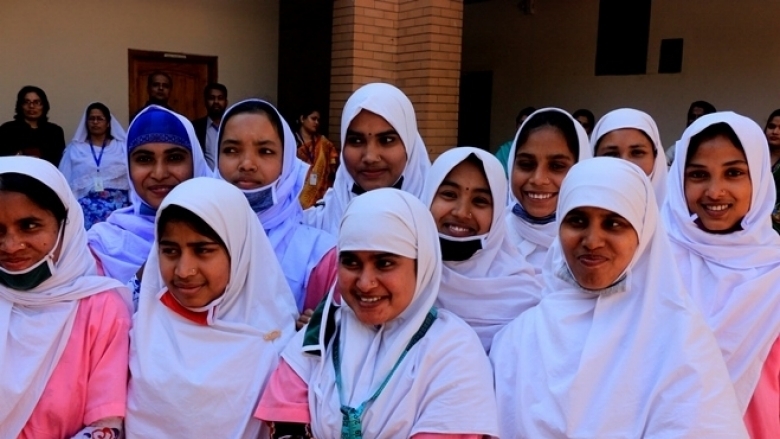 Trainees at the Dhaka EPZ center

NARI is a pilot project which aims to train and place women in factories inside three export processing zones that have better conditions and safeguards for workers. If the pilot project is successful, based on a rigorous impact assessment, the plan is to expand it to other parts of Bangladesh and other sectors.