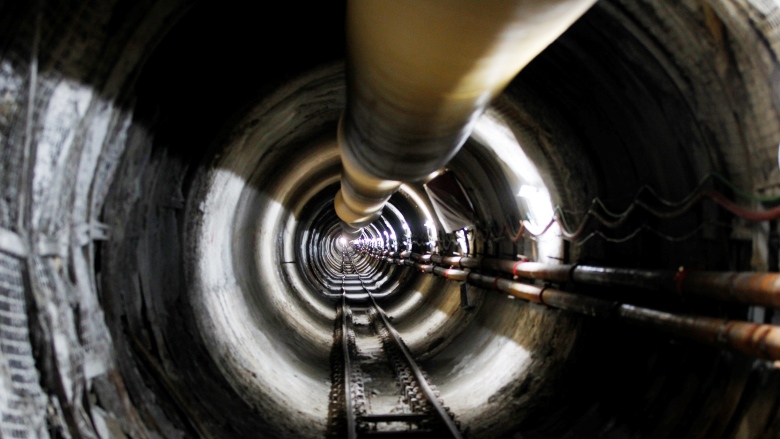 Internal view of a hydro tunnel under construction that will channel water from the Awali River to the Wardanieh water treatment plant for the Greater Beirut Water Supply Project in Lebanon.

Lebanon is a small country with a ridge of limestone mountains close to its coast. Most of its fresh water is stored in mountain snowcaps or in the ground, the rest of it washing through cracks and caverns into the sea, feeding the thousands of wells that supply water to the capital of Beirut and its surrounding areas along the way.

Snow was abundant in the past, but more recently climate change has led to a decrease in the volume of water generally available, especially in the hot summer months of May to September.

Monitoring rainfall is an important part of the work of the Greater Beirut and Mount Lebanon Water Establishment, which manages the water supply of half Lebanon’s population. Its Director-General, Joseph Nseir, checks on the quantities of snow, water, and rainfall daily. His worries increase when the quantities fall.

Nseir knows that the only way to secure the water supply is to expand the storage of water and improve the management of it.

The World Bank Group supports the Lebanese water sector through technical assistance and a wide range of operations, including the Water Supply Augmentation Project, better known as the Bisri Dam. The Lebanese government decided on the location for the dam after years of studying options, carrying out social and environmental impact assessments, and gathering feedback from public consultation. 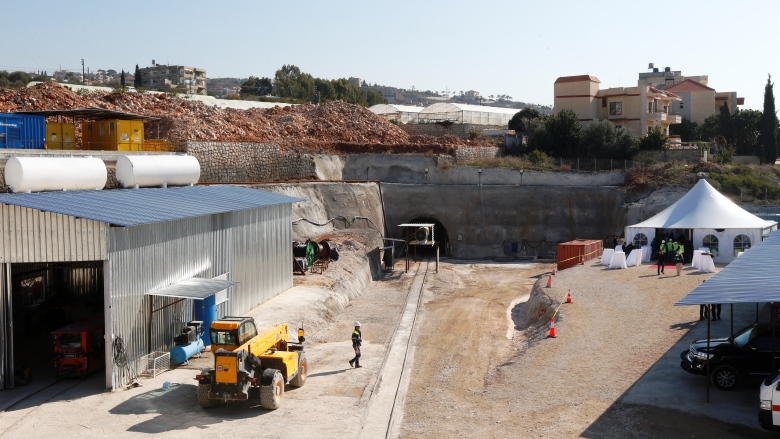 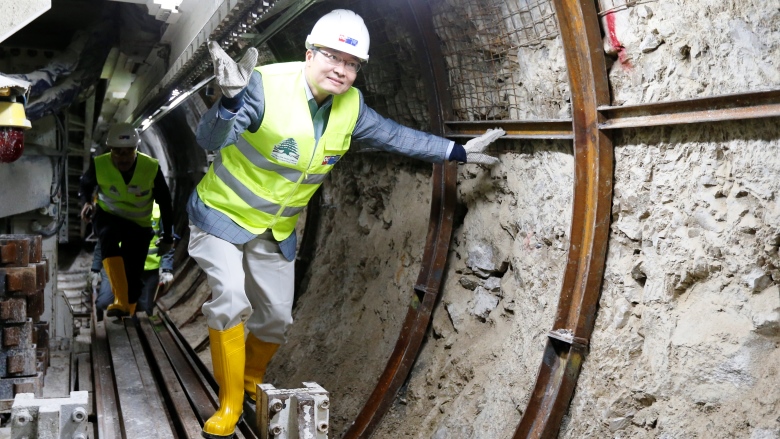 The plan is for the dam to start operating in 2024.

In the meantime, managing Beirut’s water supply is also a real challenge, one made even more difficult by the unforeseen influx of more than a million Syrian refugees into Lebanon, compounding an already serious water deficit and stretching water resources to the limit, as well as other public services.

“Tackling the refugee crisis presented us with an opportunity to solve structural issues for the Lebanese, including those in the water, energy, transport and education sectors,” said Amal Talbi, the Bank’s project leader for its water program in Lebanon. “This sudden increase in demand for water has triggered a leap in bringing in new technologies and advanced thinking. This includes the use of monitoring technology and real-time management and leakage control to secure Beirut’s water supply 24/7. The water utility is now able to take control of the system and respond in real time. It is becoming more agile”.

One challenge for the Beirut Water Establishment was choosing a pilot area for trying out new ways of controlling the water supply. With the help of experts from Malta’s water utility—one of the best in the region—a small, densely populated area of Beirut was put to the test. The pilot area was isolated and continuously supplied with water without depriving other neighborhoods from their usual, rationed share.

The results exceeded all expectations. Close monitoring identified the sources of water leakages, which were duly repaired. As a result, the total volume of water needed was less than when supplies were rationed to an average of eight hours a day.

Nseir is optimistic. “The outcome of this pilot scheme gave me the confidence to enlarge the pilot area. Now it is no longer a pilot, (the area) is ten times larger and soon it will be 100 times more,” he said. “This proves that when the additional supply from the Bisri Dam becomes available, all of Greater Beirut will have secure continuous supply all year round.” Greater Beirut has an estimated population of 1–2 million.

On a recent visit to Beirut, Guangzhe Chen, the Bank’s Senior Director of its Global Water Practice, visited the 24/7 water supply pilot area with some beneficiaries.

“The Lebanon water program and its progress is an encouraging example of what can be achieved even in fragile environments,” said Chen. “Water is often at the center of tension or fuels it. Securing water is thus a critical step in fighting poverty and restoring the trust of citizens in a government’s capacity to deliver basic public services.”

Walking down narrow streets, Chen asked residents how they felt about the service. Residents admitted they were initially skeptical.

“I thought it must be some mistake, that someone at the water establishment forgot the tap was on,” one resident said. The reality of it soon sank in. “It was a surprise to see that I have water,” she added. “But, thinking about it, I realized I shouldn’t be surprised because we do have water in Lebanon. And, now, I can say to people ‘Bonjour’ with a light heart, because a day with water is a good day”.

Before the pilot scheme, residents were paying US$20 per cubic meter for water to be supplied by private tanker trucks on top of the annual government water fee. This public supply of water saves significant amounts of money that would otherwise have been spent on bottled water and water from tankers.