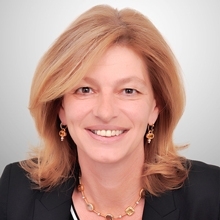 Already the poorest nation in the Middle East and North Africa (MENA), conflict has plunged Yemen into crisis. About 80% of its 27.5 million people urgently need basic services and a source of income. As many as 3.2 million Yemenis are internally displaced. In 2016, financing from IDA—the Bank’s fund for the world’s poorest countries—helped make sure more than 1.5 million children in Yemen were immunized. In 2017, IDA is providing two new emergency grants totaling US$450 million. These will help Yemen’s Social Fund for Development and Public Works Project continue to work on the ground, providing income to those who need it most through community projects. The new funding will also go into expanding critical services in health and nutrition.

Over the last two years the situation in Yemen has deteriorated significantly. How has the World Bank responded?

Sandra Bloemenkamp: Allow me to go back a little further in history for background: The World Bank has been supporting development in Yemen for over 45 years, so we have a long history of a close working relationship with Yemen.

The institutions we have worked with and the partnerships we have built over the years are now central to our ongoing support for the millions of Yemeni across the entire country who are in need of income support and access to basic services. But Yemen is not the only country in the region in crisis.

There is conflict in Iraq, Libya and Syria, and their impacts are spilling across borders and causing instability across the region. Traditionally, development agencies like the World Bank waited for peace to be restored before moving in to support recovery and reconstruction. In response to the widespread instability, in October 2015 the Bank launched a new strategy for the Middle East and North Africa region.

Rather than waiting for the fighting to end, our aim is to complement the massive humanitarian effort by strengthening the resilience of people and local communities to cope with the shocks from conflict. An integral part of the new strategy is the building of strong partnerships both regionally and locally to address the scale of the challenge. Our current engagement in Yemen amid the ongoing conflict is guided by this regional strategy. We aim to support conflict-affected Yemeni families and communities to help them cope with the impact of the conflict.

As we leverage local partnerships to preserve the basic services that millions of Yemenis rely on, our goal is also to ensure the resilience of the institutions that deliver those services.

Of course, our strategy also includes our work with other partners on preparing for a future post-conflict recovery program, with due attention paid to state and institution building and laying the foundation for a more inclusive and resilient development framework for the future.  .

How has the Bank managed to maintain its support to Yemen amid the conflict?

SB: In short, through our partnerships. In March 2015, the Bank had to suspend its operations for security reasons and evacuated most of its staff. But we never lost sight of the growing needs of the most vulnerable segment of the population as the situation deteriorated.

We found a way of maintaining vital programs and building on them to expand their size and reach. This has been possible through our long standing partnership with two local Yemeni institutions, the Social Fund for Development (SFD) and the Public Works Project (PWP).

They have strong local and community-based networks that provide basic services that millions of Yemenis rely on. We have also developed strong partnerships with UN agencies, relying on their extensive presence on the ground to manage our ongoing projects. These partnerships have produced results.

In July 2016, for example, an emergency IDA grant of $50 million was approved to help maintain urgent, basic services. For this, we worked in partnership with the United Nations Development Program (UNDP) to provide critical funding for the SFD and PWP to allow them to continue delivering the basic services and income opportunities that the most vulnerable rely on.

The Bank has also managed to continue funding two health projects managed by the UN’s Children’s Fund and the World Health Organization. National polio campaigns they helped fund have reached over 1.6 million Yemeni children under 5 years-old—about 30% of the target population nationwide. The projects have also supported the treatment of more than 1 million Yemeni for worm infections, malnutrition, and maternal and child illnesses.

With the new projects we launched today, we will be expanding our support to all of Yemen’s 22 governorates. 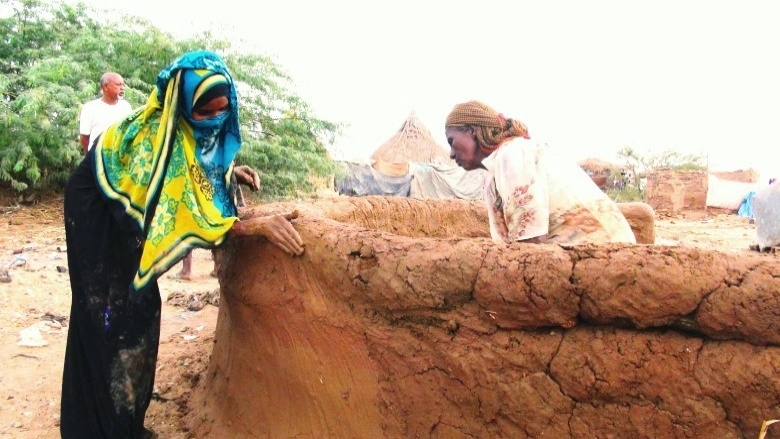 " World Bank Country Manager for Yemen, Sandra Bloemenkamp, took up her post in early 2105 right as the conflict worsened. She has been leading the Bank program ever since, and has a unique perspective on the evolving nature of Bank support for Yemen.  "

Tell me more about the two new emergency projects the Bank just approved?

SB: The Bank has approved a $450 million grant for two emergency projects, by adding $250 million to the Emergency Crisis Response Project (ECRP) that was launched with an initial US$50 million last year, and releasing $200 million for a new Emergency Health and Nutrition Project—the biggest health operation the Bank has launched in the Middle East and North Africa to date.

The new projects aim to reach around 7 million Yemenis with essential health and nutrition services, create over 9 million days of work to provide income opportunities for around 2 million Yemenis, and give another 2.5 million people access to basic social services. We are committed to supporting all Yemenis with a special focus on the most vulnerable segment of the population, including women, children, young people and the internally displaced.

What plans are there for Yemen’s reconstruction?

SB: Any plan for the reconstruction of Yemen depends on an end to the conflict but we are engaged with a broad range of international and regional development partners to prepare for recovery and reconstruction. The needs will be enormous. Along with the terrible loss of life and internal displacement, there has been extensive damage to infrastructure and to the economy. Almost two million children have been out of school since the start of the conflict.

The mainstays of the pre-crisis Yemeni economy, oil production and exports, have come to a halt. This has led to a severe financial crisis. Public salaries have gone unpaid, and there are no resources for critical public services such as health, education and social security. Yemen is heavily reliant on food imports, but may soon not be able to afford them.

In the face of this crisis, we believe it is imperative to start planning now for recovery and reconstruction, to be ready as soon as peace emerges. We are working with our partners on continued Damage Needs Assessment, to have an accurate picture of the extent of the damage as a guide for any future recovery effort.

We are also analysing the various sectors of the Yemeni economy. With this research, we will have an idea of what it will take to jump-start the economy and re-start basic services. Our aim is to have all the facts and a plan in place so that the international community will be ready to respond quickly once the time comes. But right now,  we are also investing heavily in building up the resilience of the most vulnerable Yemenis across the country, and helping preserve the capacity of critical local institutions so that they remain capable -once the fighting stops- to deliver critical services in support of vital recovery programs.