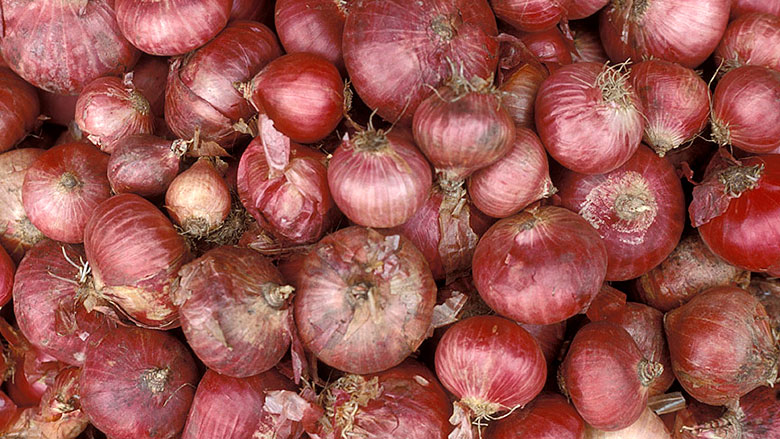 OUAGADOUGOU, January 9, 2017 ─ Noungou, a village in the rural commune of Loumbila, is a one-hour drive from Ouagadougou, the capital of Burkina Faso. Some inhabitants of the village, such as Jean-Baptiste Ouedraogo, have been growing onions here since 1985. Ouedraogo, who started out with nothing, is today a model for his community thanks to the grants received from the Agricultural Diversification and Market Development Project (PAFASP) financed by the World Bank in Burkina Faso.

“We used to produce large quantities of onions without the know-how to properly store them, and thus were forced to sell them immediately after the harvest, sometimes at cut-rate prices,” he explained.  Appropriate storage infrastructure enables farmers to store harvests over a longer period of time, and avoid spoilage, allowing farmers to earn more money depending on market fluctuations.  “Just after the March 2016 harvest, a 50-kilogram sack of onions brought in barely 4,000 CFAF ($6.50) while the same bag could be sold for 22,500 CFAF ($36.55) in October.”

For Jean-Baptiste Ouedraogo, the exciting PAFASP venture began in January 2008.  The project provided him with a grant of 3.15 million CFAF ($5,116) to construct a storage facility with a capacity of 12 metric tons, with Ouedraogo himself contributing 350,000 CFAF ($568).  Eight years later, he is the head of a very prosperous operation with sales totaling around 15 million CFAF ($24,364) annually and a profit margin of up to 12 million CFAF ($19,491). He shows us his former mud-brick house with an air of nostalgia, despite the fact that his new home built of cinder blocks has just been completed.

Since obtaining a license as an agricultural entrepreneur, Jean-Baptiste Ouedraogo has even purchased a car and his children have been able to attend school without interruption.  The future is bright for his business since his license will enable him to purchase fertilizer tax free and to access high-quality seed to improve his output.  It is not surprising that he is in the process of constructing another storage facility with a capacity of 30 metric tons.  Jean-Baptiste currently has five employees and is a member of the association Teel Taaba (which means “support one another” in Mossi, the most widely spoken language in Burkina Faso).  Teel Taaba has also received grants from PAFASP.

Ouedraogo will soon register his employees with the National Social Security Fund (CNSS).  A jovial and good-natured man, he encourages young people, who tend to prefer the civil service, to go into farming since for him “the land does not lie.” “A young person who is willing to put in the effort can earn a decent living from farming and does not need to go into the civil service,” he says.

Six members of the association have also benefited from so-called “ruudu” warehouses or silos that can store three metric tons of onions. 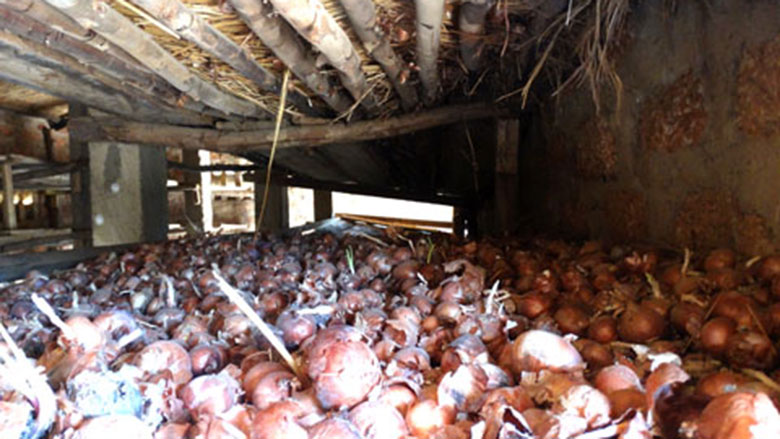 A project with a ripple effect

Jean-Baptiste Ouedraogo has also become a homegrown trainer and his warehouse serves as a learning environment for other farmers.  Moreover, more than 40 onion storage units have been constructed throughout the Plateau-Central region on the basis of this pilot unit.

The “ruudu” is an example of effective low cost conservation using local materials and allows smallholder farmers to protect themselves against drops in prices at harvest time.  This type of onion warehouse, which is based on traditional granaries, allows air to circulate better and reduces humidity.  It can contain and conserve approximately three metric tons of onions for six months.

The PAFASP has also supported Teel Taaba by providing inputs, such as fertilizer and motor pumps, to some 50 member farmers.

It has truly provided practical solutions to the problem of storing onions and has thus helped to increase farmers’ incomes.  The project has also supported three other subsectors (mangoes, beef, and local poultry) with equally positive results. 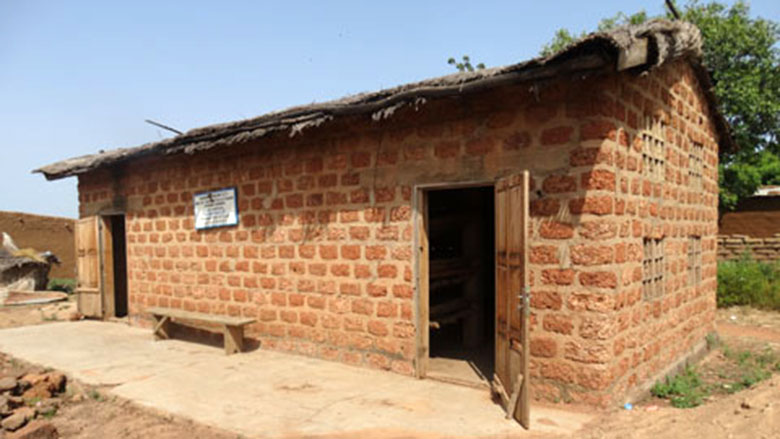 An overview of the PAFASP

The Agricultural Diversification and Market Development Project (PAFASP) was launched in 2007.  It is implemented by the Government of Burkina Faso through the Ministry of Agriculture with technical support from the World Bank.  Its total cost is estimated at 44,384 billion CFAF, 86% of which is financed by the World Bank.

PAFASP’s aim is to increase the competitiveness of targeted value chains in the local, regional, and international markets in order to promote shared growth in the agricultural sector.

Eight years after its implementation, the World Bank has granted additional financing to the tune of 24.5 billion CFAF to the government to continue the implementation of this program and consolidate the excellent results achieved between July 2014 and June 2016.