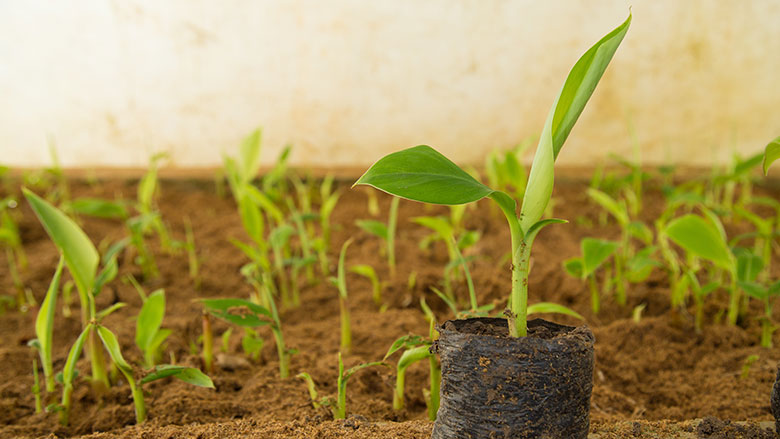 ABIDJAN, December 21, 2016 — Every morning, Vincent Kouakou Koffi has the same ritual. After skillfully sharpening his machete, he heads to work in his well-maintained field. Weeds cleared, twigs pruned, dead branches removed...Nothing is overlooked by this meticulous young farmer.

After failing to obtain his baccalaureate, Koffi decided to return to his village to establish a cocoa plantation, an initiative his father supported by giving him a plot of land.  In his village of Pascalkro, in south-west Côte d'Ivoire, where he cultivates two hectares of cocoa, Koffi has participated in several training sessions co-financed by the Agriculture Sector Support Project (PSAC) and the Coffee-Cocoa Board, aimed at imparting new technologies for improving cocoa productivity.

This practical training, in combination with discipline and determination, has allowed Koffi to make significant strides in his cocoa production. "Once I applied all of the new agricultural practices from my training, my output increased from 500 kilograms per year to over 1.8 metric tons from just of 2 hectares." 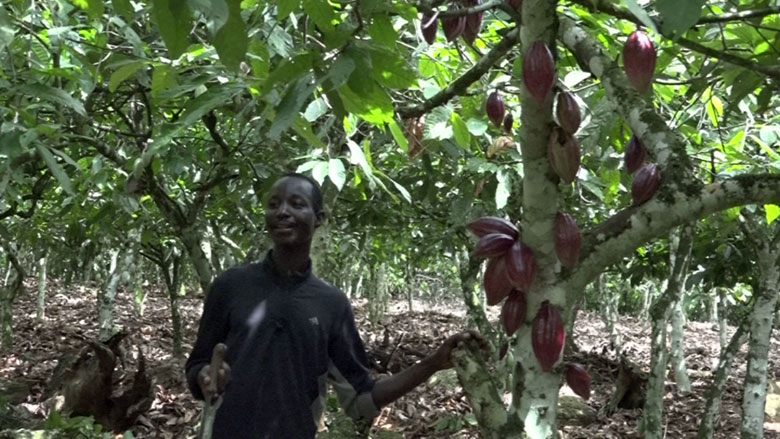 Rolando Appali Zizigo had a very similar experience. After several failed attempts to obtain his baccalaureate, and lacking the resources to continue his studies, he decided to return to his native village of Yopuhué in the department of Gagnoa to become involved in agriculture. "I understood that school was not the only avenue for success."

Despite being physically impaired, this 34-year-old married father of three  produces and distributes improved rubber seedlings provided by PSAC.

He intends to develop the plot of land inherited from his father in order to care for his three daughters. "Despite my physical disability, I was able to integrate into Yopohué’s rubber community, which I joined in 2015. With the income from my plantation, I can finance my three girls' education." 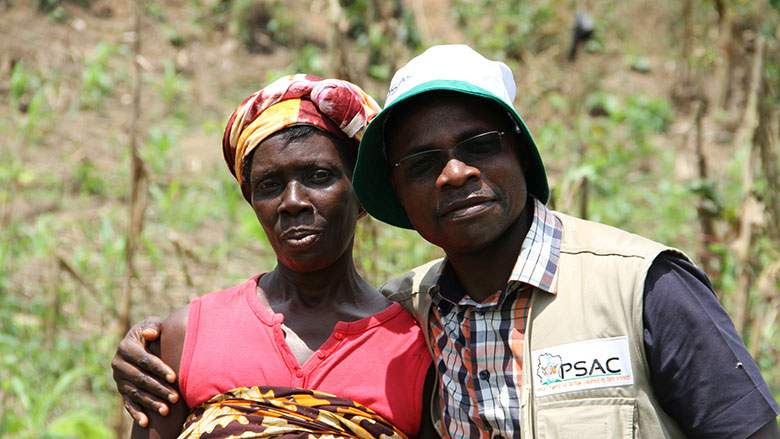 Andé Yapi Api, a 55-year-old farmer and mother of four, lives in Grand-Alépé, an hour by road from Abidjan. During a project surveillance mission conducted by the PSAC team in September 2016, she made no attempt to conceal her pride when showing off her fields. "I started this palm plantation in order to prepare for my retirement, and earn enough to take care of myself and support my children and grandchildren," she explained.

Her one-hectare field, located a stone’s throw from the village, was given to her by her elder brother, which is rare in a country where women often do not have access to land. She drew on her courage and imagination to pay her share and receive the improved palm seedlings from the project. "With my cassava field, I was able to produce and sell attiéké (cassava semolina). I used this money to pay for the seedlings, which cost 80,000 CFAF," she stated. Api now plans to expand her plantation to two hectares with support from the PSAC.

Although the increase in productivity is important, the delivery of products to processing and marketing zones is just as crucial. Over the years, the degradation of many roads, some of which were completely impassable, complicated the lives of local small producers and transporters. To address this challenge, the PSAC included the rehabilitation of a number of agricultural feeder roads. 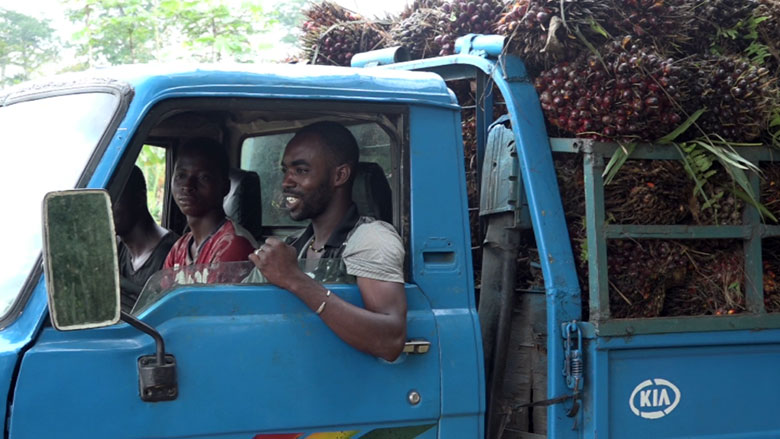 For Zakaria, a transporter of palm seeds on the Wohou-Bénakré-Aboisso corridor for three years, and his colleague, Sawadogo, these rehabilitation works changed their business. "I have spent the better part of the past four years on this road. It was in such poor condition that my truck often broke down because of the dilapidated state of the road. You could barely manage one trip per day. It was impossible for me to transport two metric tons of seeds on this road," he explains.

Seated next to him in the truck, Sawadogo, his assistant, wishes to never relive those difficult times. Today, the same trip takes half the time. "Since the road was rehabilitated, we have been making more round trips. I make at least three trips per day with four to five metric tons of cargo."

Implemented in 2013, the PSAC targets the farmers of the country's five most profitable sectors, namely, cocoa, rubber, palm oil, cashew nuts, and cotton. With $50 million in financing from the International Development Association (IDA), the World Bank’s fund for the poorest, the project has assisted 120,000 farmers in the most productive regions of the country: the south-west (Nawa) for cocoa, the south-east (Sud-Comoé and Mé) for rubber and palm oil, the center-east region (Hambol and Gontougo) for cashew nuts, and the north for cotton.