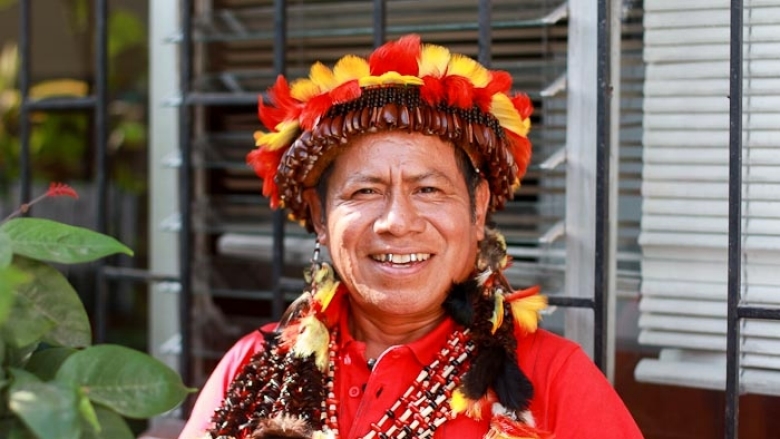 Although Latin America has experienced strong economic growth and a reduction in poverty and inequality over the past decade, it is no stranger to social conflicts. Consequently, it is necessary to become familiar with the needs and aspirations of the most vulnerable sectors in advance to reduce potential crises and improve the quality of life of lower-income populations.

To this end, Peru has taken the initiative of adopting a national law that regulates the process of prior consultation with indigenous populations. The first results of this law have been compiled in the report ¨Prior Consultation in Peru: Lessons and Challenges" (Spanish).

German Freire, a social development expert at the World Bank, explains how the prior consultation process works, why it is important for Peru and the region and what future indigenous and rural communities of Latin America can expect:

Question: What is prior consultation and when does it take place?

Answer: Prior consultation is an internationally recognized right established in ILO Convention 169 and ratified by 15 Latin American countries, including Peru, where it has been a law since 2011. But more than a law, it is a dialogue tool that helps conciliate the interests of majority populations with those of the indigenous population. Prior consultation is an inclusion mechanism and a channel for giving a voice and vote to indigenous peoples with respect to the programs, projects, plans and laws that potentially affect their interests, cultures or lifestyles.

Prior consultation is implemented when the collective rights of indigenous peoples are potentially affected. In Peruvian law, this process does not include the delivery of public services, such as water and sanitation or electricity, for example, unless they affect their collective rights.

But, for example, when a law is proposed to establish a national park in Amazonas Region and that park overlaps traditional indigenous lands, collective rights are affected since the regulation could limit that population’s access to resources it has used for centuries and that it depends on for survival. This becomes a topic for prior consultation. This also occurs when a proposed waterway, or river “highway” project would cross through indigenous lands.

Other mechanisms of citizen participation that are sensitive to the cultural differences and world views of indigenous peoples complement prior consultation processes.

Q: Why is prior consultation important?

A: Some public and private sectors mistakenly view prior consultation as a requirement that does not add value to their activities. They perceive it as a long, costly process that slows project development and ultimately discourages investment. However, experience has shown that on indigenous lands, “conventional development” does not always have the desired impact, and indigenous peoples may not benefit as much as the rest of the population or are adversely affected by projects that in theory should benefit them. This partly explains the persistence of gaps, for example. Indigenous peoples in the region are three times more likely to be poor than the rest of the population.

Although consultation is not a mechanism for resolving conflicts, developing a project that is culturally pertinent and sensitive to local visions and expectations, where indigenous peoples have an opportunity to speak for themselves, is much less likely to create social conflict. If the reasons behind most social conflicts in Peru are analyzed, it becomes clear that regardless of whether they are related to mining projects or other activities, the local population rarely opposes the projects themselves, but rather the terms of their inclusion, or their exclusion from the benefits. Dialogue is what most communities involved in a conflict demand.

Engaging in dialogue undoubtedly comes at a cost for companies and the government, but today we know that the cost of not implementing prior consultation is much greater, especially in the medium term, when conflicts or disagreements arise that delay works and development plans.

Q: How did Peru become a reference for prior consultation in Latin America?

A: Currently, there is considerable pro-indigenous legislation throughout Latin America and consultations are carried out in practically all the countries. However, Peru was the first country to promote a national law and to regulate the right to prior consultation. It has also been innovating the practical definition of the right to consultation, as well as the operational questions of how, what, where, when and who should be consulted about a specific measure. None of those questions has a single answer, but Peru has developed some concrete, functional strategies.

The country proposes a structured form of prior consultation. This is reflected in the protocols, support materials and literature produced by the Ministry of Culture on prior consultation processes. These materials include the Ministry’s Database on Indigenous Peoples , one of the most complete I’ve seen in the region. They’ve also created a national registry of translators and facilitators on consultation issues, a key tool for both for the Peruvian government and private firms, since they use this registry and the services of the personnel that the Ministry is training. Additionally, they have just launched a consultation monitoring system, which is crucial for guaranteeing transparency and compliance with agreements.  These tools do not exist in other countries of the region.

Q: How many prior consultations have taken place in Peru and what is an example of the agreements made during these processes?

A: There were 24 when we carried out the study with the Ministry of Culture, but there are now several more. Although that doesn’t seem like a lot, it took considerable effort to get there, mainly because of the speculation following the passage of the law and its regulations. Critics of the law argued that consulting indigenous people would lead to more social conflicts, delay the projects consulted and halt investment. The main lesson of these initial consultation processes is that those fears were unfounded. The 24 processes completed until early 2016 all resulted in agreements that were achieved within a reasonable period.

For example, some indigenous peoples asked to participate in the design of the terms of reference of the environmental impact studies since they felt that if they were not involved beginning in that phase, the questions that were important to them would not be included in the studies and they would not have the key information or data to structure their arguments. The problem is that an inflexible interpretation of the law would impede them from participating in the discussion of the results. We believe that prior consultation should be viewed as part of a broader, ongoing dialogue with indigenous peoples, not just as a moment in time or another administrative requirement.

In Peru, prior consultation agreements are legally binding. This is no minor detail because other dialogue or conflict resolution mechanisms, such as dialogue roundtables, are not binding. Consequently, most of the social conflicts in Peru stem from a previous conflict since agreements are frequently forgotten once the crisis is resolved.

Q: How does prior consultation benefit the future of indigenous peoples?

A: The reason prior consultation exists is because conventional citizen participation mechanisms tend to fail the indigenous sector of the population. Personally, I think that Latin America should strive to integrate the intercultural dialogue mechanisms that are part of the prior consultation process into government activities to create truly inclusive states that respect the identity and dignity of indigenous peoples.

Peru’s Ministry of Culture has stated that prior consultation should complement rather than replace other mechanisms of citizen participation. The challenge is to integrate the results of these consultation processes into the self-development plans of the peoples consulted so that those processes will not become one-time procedures to adopt a law or project. Instead, they should become a real window for social inclusion. The development of all regions of the country should continue down this path of intercultural dialogue so that indigenous peoples can participate and can always be heard.