New Initiatives and Financing for Development Challenges in Small States 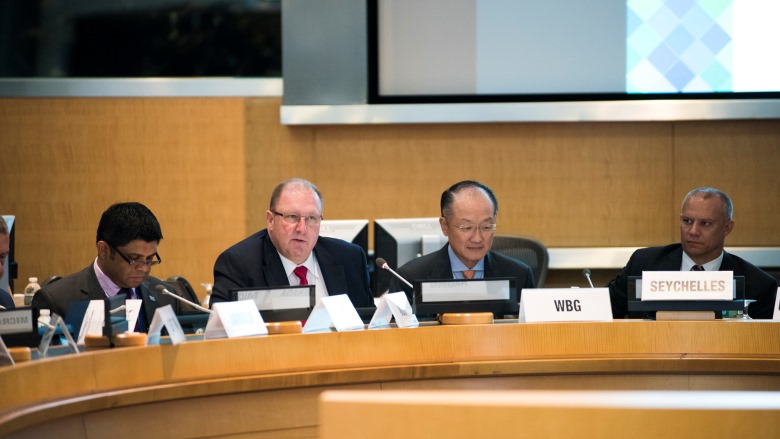 When the World Bank talks about small states, we mean countries that have a population of 1.5 million or less. Small states have limited human capital, and typically fewer exports and trade partners as a result of their size. Some with high per capita incomes can’t access concessional finance, despite being highly vulnerable to shocks. Some are unable to access IBRD financing because of lack of creditworthiness.  Because they are small – with small populations – tax revenues are, by nature, limited. That, combined with the high cost of public services, often means they have higher levels of debt.

Donors to IDA18 are working to double the resources available to small states, a welcome initiative. But to make those resources effective, we need to understand the particular challenges small states face.

For 17 years, the Bank has been convening ministers from these countries in the Small States Forum, which aims to help engage small states around common issues like climate change and resiliency.

“We're committed to working with you to innovate and spearhead new initiatives that address the specific particular development challenges your countries face,” said President Jim Yong Kim at the 17th annual Small States Forum that was held on October 6, 2016.

“Many are classified as middle or upper middle income countries, but they are disadvantaged by a range of structured vulnerabilities…..distance from major global markets, undiversified economies, and sometimes high debt loads,” said UN Deputy Secretary General Jan Eliasson.

The discussions at the forum centered on equitable growth, resilience, and finance and partnerships, and were based on the main findings of the World Bank’s recently released Small States Stocktaking report.

A key challenge for small states is their limited access to development financing at levels and on terms to address their unique development challenges.  Leveraging external public and private finance is typically challenging.  Donor fragmentation in small states can seriously impact the effective use of financing for achieving development outcomes. And though priority is given to climate adaptation and mitigation, the vast pool of climate funds remain difficult to access for small states.

Financial products available include catastrophic risk insurance programs in the Pacific and Caribbean.  IFC and MIGA are also adapting advisory services and investment opportunities to accommodate small states.   On partnerships, the Bank is working closely with partners at the country level to leverage financing and harmonize approaches.

“. . .As we enter into the implementation of the Sustainable Development Goals and the Paris Agreement on Climate Change, it is evident that we, as small states, must be at the center of the debate as to how to achieve true sustainable development,” said Jean-Paul Adam, Minister of Finance, Trade and the Blue Economy of the Republic of Seychelles and outgoing Chair of the Forum.  At the forum, the 2-year chairmanship was passed from Jean-Paul Adam to Prime Minister Keith Mitchell of Grenada. (Read the Chairman's Summary of the event.)

Strengthening financial, climate and social resilience remains a challenge for many small states. Small states are particularly susceptible to natural disasters as well as the effects of climate change, which pose critical challenges – with varying degrees of severity – causing major costs to human life and infrastructure and creating considerable macroeconomic volatility.

With commitments to disaster resilience in small states of over $152 million per year, the World Bank Group “will continue to be the single largest player in climate and disaster resilience for small states,” said President Kim at the forum.  The World Bank Group complements financing with technical assistance, including catastrophe risk financial planning, vulnerability assessments, forecasting and early warning, and contingency planning. It also supports innovative financing instruments that insure against the cost of a natural disaster.

The Small States Secretariat, housed at the World Bank, has committed to developing a small states road map for future engagement, to be presented during the 2017 Spring Meetings as a follow up to the Small States Stocktaking report.