Shining the Spotlight on West and Central Africa’s Entrepreneurs 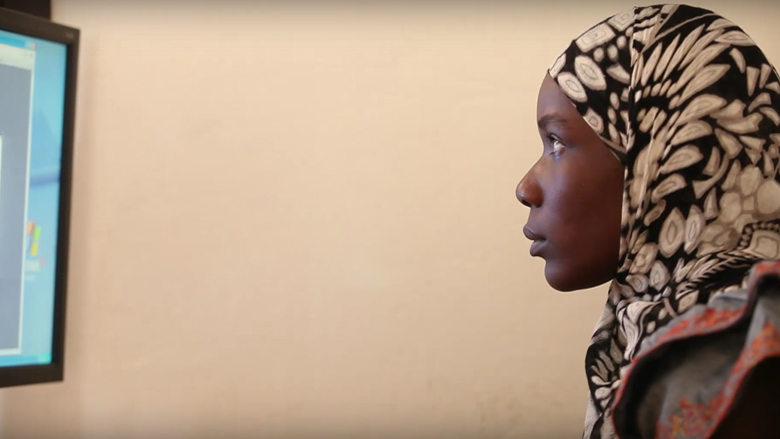 DAKAR, Senegal, Dec. 9, 2016 – While East African tech entrepreneurs from countries such as Kenya and Rwanda may have captured the attention of the media and investors over the past decade, West and Central Africa have slowly been cultivating budding digital entrepreneurs of its own, capable of developing technology and generating income that could change the economic landscape of the region.

In fact, countries such as Senegal are already well positioned to foster innovation and digital entrepreneurship. Home to five tech hubs, Senegal is among the leading African countries in terms of supporting information and communications technology (ICT) entrepreneurship, according to the World Bank’s 2016 Digital Dividends report. In addition, the Senegalese population is one of the most well-connected populations on the African continent, counting 12 to 13 million formally identified subscribers, according to Senegal’s Telecommunications Authority, the Autorité de régulation des télécommunications et des postes.

Honing in on Senegal’s potential, and that of the region as a whole, the World Bank Group last month launched the Jambar Tech Lab, a regional program coordinated by CTIC Dakar with the support of the World Bank Group’s infoDev program, and in partnership with the Norwegian Agency for Development Cooperation, the Swedish International Development Cooperation Agency, the Ministry for Foreign Affairs of Finland, and Sonatel.

A six-month acceleration program, Jambar Tech Lab will help 40 West and Central African entrepreneurs develop and commercialize their innovative digital products and services. Following a rigorous selection process that evaluates the viability and bankability of the business, selected entrepreneurs will participate in a seven-day immersion training in Dakar, after which they will have 24 weeks of access to tailored coaching and experienced mentors to work on ways to accelerate and scale up their business.

The program’s curriculum will cover key topics such as investment readiness and investor engagement, diaspora networks, and internationalization of digital enterprises, and will seek to create the capacity and networks necessary to scale high-potential ventures into profitable businesses.

For Kemo Touré, founder and CEO of Wutiko, an online Senegalese employment platform, Jambar Tech Lab could be the launchpad he needs to scale up and internationalize his business. “Not long after having started my platform, I realized that the Senegalese market is very small compared to the ambitions of my business. A tech company like mine only makes sense when there is a critical mass of users, so the kind of training and opportunities proposed by Jamber Tech Lab could really boost my capacity and business,” said Touré at the Jambar Tech launch.

Entrepreneurs in West and Central Africa are confronted with a series of hurdles, many of which are specific to their geographic location and cultural contexts. Internet connections and speed lag behind other regions in Africa, and remain very expensive. Furthermore, there is not a strong network among entrepreneurs to allow them to exchange best practices and work together to overcome common problems. When combined with the fact that it is also complicated to travel affordably in the region, it is no surprise that local businesses find it difficult to expand their companies beyond their domestic markets.

“In Senegal, the ICT sector is constrained by a regulatory framework that does not really encourage new players to enter the market. This is particularly true for internet service provision. As a result of this lack of competition, the costs are high and the quality of service is not always there, which has a substantial impact on the competitiveness of the Senegalese economy,” noted Laurent Corthay, senior private sector specialist based in the World Bank office in Senegal.

Digital innovations are some of the easiest services to export, and their use of the internet allows them to reach a global market directly. Accompanied by the right tools and training, West and Central Africa’s digital entrepreneurs have the potential to revolutionize business in the region and beyond.