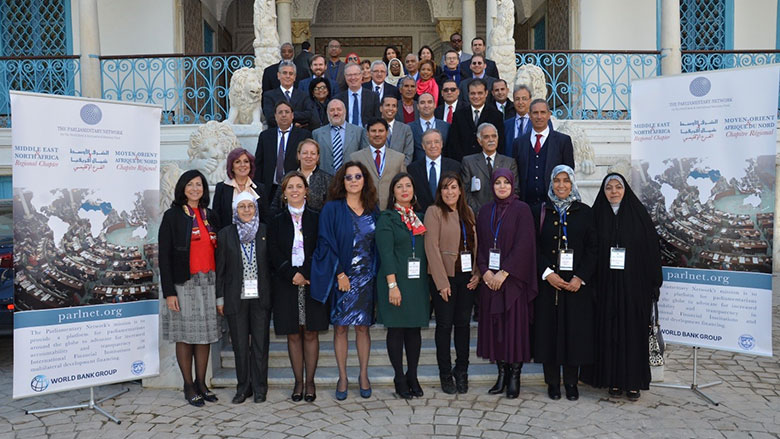 Tunis, December 2, 2016 - A delegation of 50 parliamentarians from 10 MENA countries convened in Tunis on the occasion of the launch of the Parliamentary Network on the World Bank & IMF’s regional chapter on December 1-2, 2016.

The countries represented included Algeria, Bahrain, Djibouti, Egypt, Iraq, Jordan, Lebanon, Malta, Morocco, and Tunisia, setting the stage for a regional parliamentary collaboration on key common development issues, such as youth unemployment, the role of parliamentarians in fragile states, and priorities in governance and economic reforms.

The conference kicked off with an address from H.E Youssef Chahed, Prime Minister of Tunisia who thanked the IMF and the World Bank for their support during the country’s democratic transition. The conference comes in the wake of the Tunisia2020 forum, a clear sign that “Tunisia is back in business” in the words of Marie-Francoise Marie Nelly, Country Director for the Maghreb and Malta.

As the country is implementing a new set of political, economic and social reforms, “parliamentary surveillance is critical,” asserted H.E Fadhel Abdelkefi, the Tunisian Minister for Development, Investment, and International Cooperation.

The capacity of the legislature to perform its functions effectively remains a major concern though in many countries in the MENA region. Most recent Global Integrity measures of the strength of government oversight place the MENA region well below regional averages of Latin American and the Caribbean (LAC) and South Asia (SA) (Figure 1). 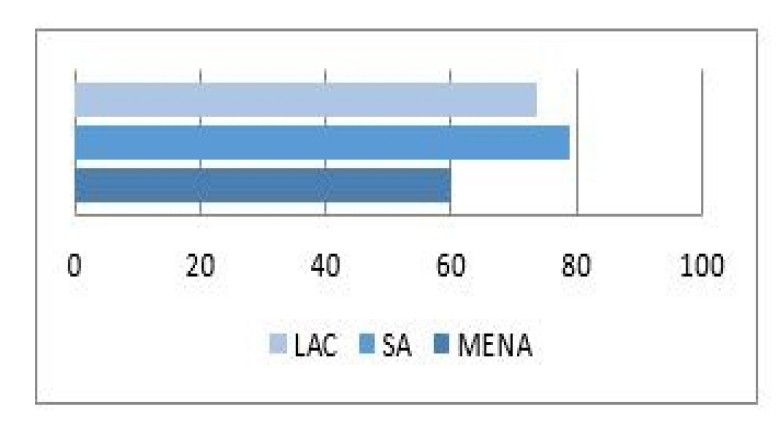 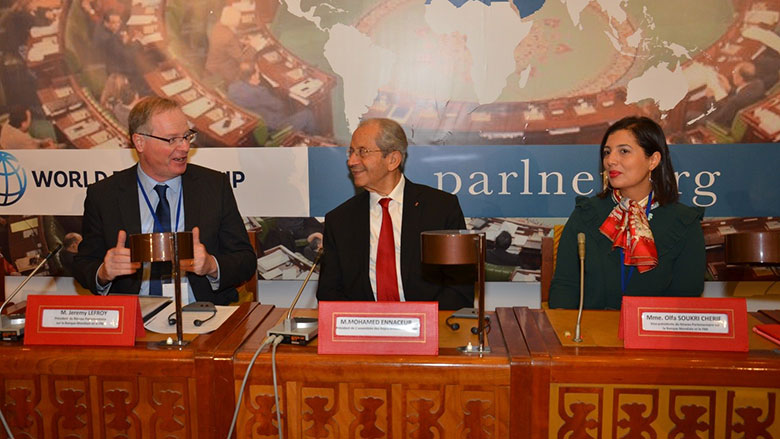 In that regard, the establishment of the Parliamentary Network’s MENA Chapter is timely, as it “will open up a new era of collaboration and exchange of good practices” on how legislators can take on development challenges, said Hafez Ghanem, WB Vice President for the MENA region.

The event also gave the floor to participating MPs to cast their thoughts on how legislators across the MENA region and IFIs such as the World Bank and IMF can work hand in hand to solve pressing development issues facing the Arab world.

“You do the research, but we live it,” said May El Batran, MP from Egypt, underlining the importance for the World Bank to engage with MPs who are on the frontlines of development work. “I am proud to take part in this launch, she pursued, as it stands as evidence of the complementarity between IFIs and legislators.”

“The problem is that many (World Bank) financing schemes get stuck in parliament”, said Ferid Belhaj, Country Director for Lebanon, Iraq, Jordan, and Syria. MPs play a key role in facilitating the engagement between the executive branch and the World Bank to fast-track the implementation of financing mechanisms, he added.

On this point, Mahdjoub Bedda, MP Algeria and Chair of the Finance and Budget Committee pointed to the lack of capacity of some MPs who need training in public finance to properly oversee the national budget. In the same vein, Redha Abdulla Faraj, Member of the Bahrain Shura Council underlined the importance of training of civil servants to insure the effective implementation of new legislation, which will condition the success of governance reforms in the region.

The international delegation of Parliamentarians also met with the Speaker of the Tunisian Parliament Hon. Mohamed Ennaceur on the second day of the event, which was also devoted to defining the scope of action of the MENA chapter to ensure its sustainability.

The delegation agreed that Tunisia, represented by Olfa Soukri Cherif, the Vice Chair of the Parliamentary Network will coordinate the Network for the upcoming year and liaise between local champions designated by each country delegation. Jeremy Lefroy, Chair of the Network, also called upon MPs to do their part to ensure the viability and longevity of the Network. In that regard, the delegations of Morocco and Bahrain have expressed interest in hosting the upcoming meetings of the MENA Chapter.