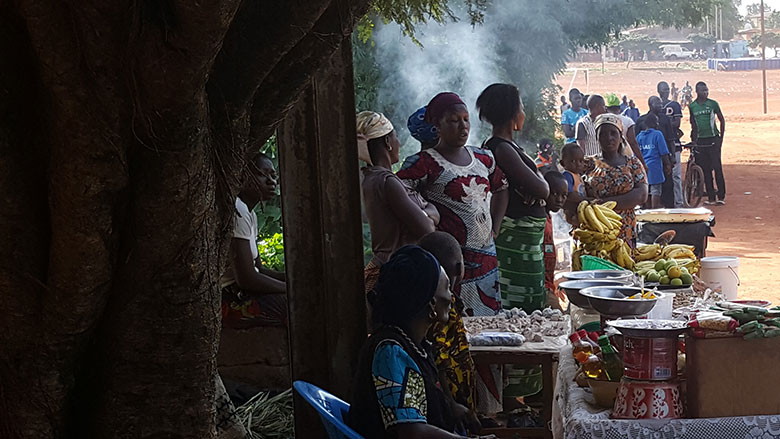 OUAGADOUGOU, December 5, 2016 — Do you know how the World Bank decides on its actions in a country, identifies priority sectors, and chooses which projects to finance? Some people believe that these decisions are made in some distant office at headquarters in Washington, far from the real concerns of the population targeted by these projects.

The consultations recently held by World Bank teams in Burkina Faso prove otherwise and constitute an essential initial step in the preparation of any new partnership framework between the World Bank and a country.

As the Bank’s most recent partnership strategy with Burkina Faso comes to an end in December 2016, World Bank experts have assessed the economic and social situation in the country and have presented the results to various socio-professional stakeholders to identify priority areas for development and determine their actions for the 2017-2020 period.  Economists and experts have carefully prepared an overview of all the sectors, particularly infrastructure (including transportation or urban infrastructure), human capital (education, health, water and sanitation, social welfare, employment, etc.), agriculture, and information and communications technologies (ICTs).

The results of this analysis have been collected in what the World Bank calls a Systematic Country Diagnostic (SCD). They are then discussed and expanded during consultations with the country’s people and authorities before serving as the basis for the World Bank’s partnership strategy that will guide Burkina Faso’s development policy.

These consultations began early September and lasted more than two months. The World Bank Country Manager in Burkina Faso, Cheick Kanté, accompanied some 20 or so specialists across the country, covering the eastern and central portions of the country and the Boucle du Mouhon and Hauts-Bassins regions, focusing on areas in which atypical poverty situations prevail.  The city of Fada N’gourma, for example, has the highest fertility rate in the country at six children per woman.  The teams visited governorates, city halls, and even some places of worship to ensure that they reached as many people as possible in small communities with limited capacity. They presented their initial conclusions to a broad cross section of stakeholders in the formal private sector (Chamber of Commerce and Industry) and the informal private sector (grouped together in the Burkina Faso Association of Merchants), members of civil society, groups of young people, women and vulnerable persons, as well as the other technical and financial partners.

The purpose of these consultations was to obtain their comments, understand their expectations, and verify the relevance of the Bank’s objectives.  On the whole, they confirmed the priorities identified by the experts, particularly the two main priorities:  to create more productive jobs in the agricultural sector and to expand access to social services and basic infrastructure across the country.

Some groups did make some suggestions.  Women, for example, shared their difficulties in expanding their agricultural activities owing to a lack of access to financing and to land.  The collateral demanded by banks is often impossible to provide, particularly property titles in a country where custom often prevents women from owning land, and in the rare cases in which banks did grant them a loan, the interest applied could be as much as three times the rate offered to businesses (18% to 22% for individuals as against 7% for businesses).  The same was true for young people, who face great difficulties in establishing businesses.  Farmers also raised the issue of a lack of technical capacity to step up their agricultural production and the issue of the availability of water outside the rainy season to ensure the same yield throughout the year and thus reduce their vulnerability to the vagaries of the climate.

Improving the business environment, governance and security, adaptation to climate change, the acceleration of the demographic transition, regional integration, and macroeconomic stability were also mentioned.

A workshop led by the Director of Operations, Pierre Laporte, and the Prime Minister, Paul Kaba Thiéba, was organized with the government to align the diagnostic with the new country development strategy (National Economic and Social Development Plan—PNDES) adopted in July 2016. Implementation of this ambitious plan will cost 15,000 billion CFAF.  Of this, 63%, or 9,800 billion CFAF, will be domestically financed leaving a financing gap of around 5,000 billion CFAF or 36.2% of the total cost.  It is precisely to mobilize these funds that the Burkinabè government has asked the World Bank Group to help it organize an international forum for Burkina Faso’s partners on December 7 and 8, 2016.

The diagnostic was also presented to members of parliaments, traditional chiefs, and the press.

Finally, the SCD will be submitted to the World Bank’s Board of Executive Directors (representing all member countries of the Bank) in December 2016.

This is how the cycle of World Bank projects, aimed at reducing poverty and promoting more equitable economic growth in Burkina Faso, begins.

The following is a summary of the priorities raised during discussions between the World Bank and populations in six regions: