A Commitment to Grow Green and Address Climate Change in Vietnam

It’s visible in the masks that motorcyclists wear on their faces to protect their lungs, on the energy efficiency stickers on consumer goods, and in a host of new government laws and regulations: there is growing concern in Vietnam about the cost of environmental degradation -- and conscious efforts, on many levels, to protect people’s wellbeing and make growth more green and climate resilient.

While rapid growth in Vietnam drastically reduced poverty from 49.2 percent in 1993 to 3.2 percent in 2012, it also put increasing pressure on the country’s natural resources. Air pollution levels rose in Hanoi and Ho Chi Minh City, rivers became more polluted, greenhouse gas emissions almost tripled between 2000 and 2010, and climate change and environmental degradation in rural and coastal areas began to threaten the livelihoods of farmers and fishers. Recognizing the severity of these multiple challenges, the government of Vietnam promoted the concept of green growth in 2012, to restructure its economy, put it on a more sustainable footing and further reduce poverty. It has just ratified the Paris Agreement and detailed a Plan of Implementation to help tackle climate change by committing to curb greenhouse gas emissions.

The World Bank Group has been a critical partner in Vietnam’s efforts, by mobilizing resources, offering technical assistance and supporting policy change. In the year since the climate change agreement was reached in Paris in December 2015, important steps have been taken:

A hallmark of these projects and programs is the increasing willingness to embrace complexity in area-based approaches, apply global knowledge to the Vietnamese context, and work across sectors to achieve better outcomes.

“How Vietnam handles the transition to greener growth and the impacts of climate change will be a determining factor for its ability to meet Vietnamese people’s increasing quality of life demands. Financing the climate change and green growth agenda and putting the right policies and regulations in place are an important part of the World Bank Group contribution to Vietnam’s climate-smart trajectory,” said Ousmane Dione, World Bank Country Director for Vietnam. “We’re committed to working with the government to strengthen climate change adaptation and mitigation in this country.”

The shift toward greener growth will take time, awareness raising and significant resources, according to Dr Pham Hoang Mai, Director General of the Department of Science Education, Natural Resources and Environment, at the Ministry of Planning and Investment (MPI). 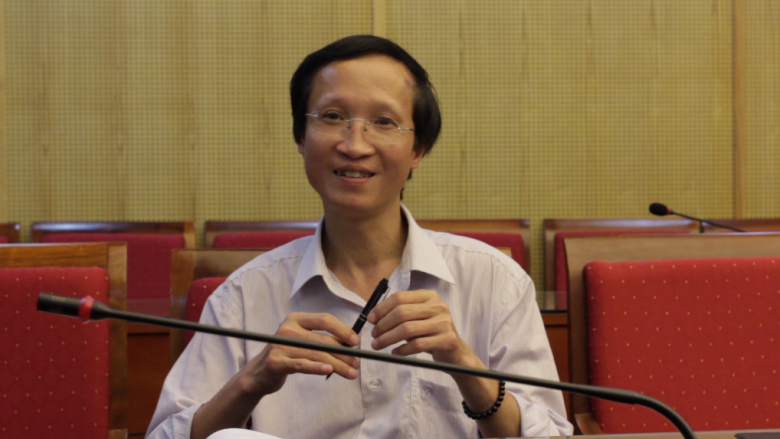 " Any kind of restructuring of production, or changing equipment requires money (…) Access to modern technology is also an issue – it has to be imported and bought. "

Director General of the Department of Science Education, Natural Resources and Environment, at the Ministry of Planning and Investment (MPI)

“Any kind of restructuring of production, or changing equipment requires money. Our economy is dominated by small and medium enterprises or household production lines – how can they get the financial sources to implement change? Even for state owned enterprises, it’s not simple either to shut a thermal power plant overnight and to change its technology. It requires hundreds of millions of dollars. Access to modern technology is also an issue – it has to be imported and bought.” In that context, access to technology and technical assistance backed by concessional loans are very important, said Dr. Mai.