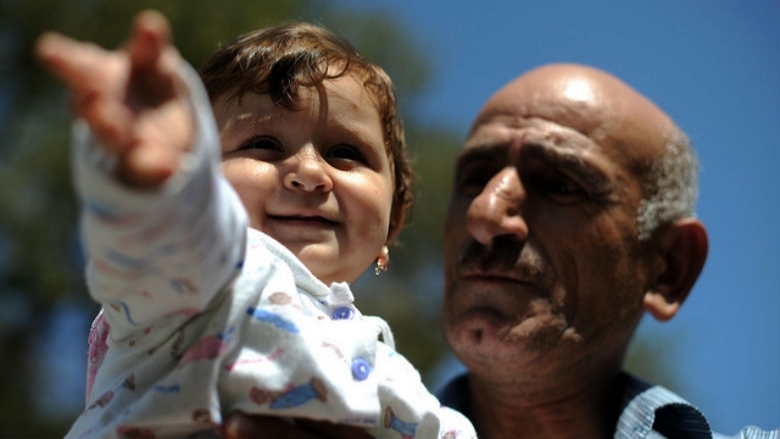 Given the great strides made in life-expectancy, prodding working-age citizens to save for their own future has become a challenge for policymakers and pension-fund managers in developed and developing countries alike.

This search for ways to overcome inadequate pension savings brought more than 500 international policymakers, regulators and financial executives together at the World Bank in September for the 7th Global Pensions and Savings Conference.

Exploring the theme of “Pensions: Persuasion and Portfolios,” the conference focused on two key topics: how to increase pension plans’ coverage of future retirees (especially in the informal sector of the economy) and how to optimally invest pension-plan assets.

The prospect of a dramatic worldwide shortfall in old-age pension reserves — provoked by inadequate personal savings and a prolonged low-interest-rate environment in many parts of the world that is hindering pension plans’ accumulation of capital — is intensifying long-range risk and foreshadowing hardship for millions of would-be retirees.

“Making sure that the increasing number of elderly in our population are not left behind will be vital if we at the World Bank are to meet your goals of ending extreme poverty and promoting shared prosperity,” said Jan Walliser, the Bank Group’s Vice President for the Equitable Growth, Finance and Institutions (EFI) practice group. Through the institution’s experience of working with countries on pension planning, he said, “One lesson that we have learned is that the most important government intervention in this area — mandated pension contributions — fails to reach as much as two-thirds of the world’s working-age population.”

Persuading People to Save

Because "to save or not to save" is a crucial choice in ensuring long-term financial security, governments would be wise to use "every policy tool to persuade people to make the right choices," said Rutkowski. The dilemma facing policymakers is devising rules that shrewdly define “what should be mandated and what should be voluntary” — recognizing that there is indeed “a strong argument for mandates.” When he was helping design Poland's pension-plan reform in the 1990s, he said, the key principles that his team tried to uphold were social equity and financial adequacy.

The biggest problem with pension reform is the reaction of the “transitional generation” who will compare the existing level of benefits with the new, often somewhat lower, amount of benefits under a reformed system, pointed out William Price of the Bank Group’s Finance & Markets Global Practice, World Bank Group.

A similar theme was sounded by Dean Karlan, a professor of economics at Yale University: A pension-related crisis “is 20 or 30 years away, but we need to start thinking about it today” to stave off a calamity before it “kicks into high gear” by mid-century. It’s understandable that impoverished citizens in low-income countries have very little to save, yet under-savings is a chronic problem among middle-class and even upper-income wage-earners.

With this in mind policymakers who are pursuing pension-reform should aim to take advantage of their countries’ “demographic dividend” whenever possible, as a surge of younger workers enter the workforce and start making contributions into their countries’ pension systems, said Fiona Stewart, Global Lead for Pensions, Insurance and Investment Funds, Finance & Markets Global Practice, World Bank Group.

Ensuring there will be adequate capital to fund future pension payments is another enormous challenge. Relying on public ‘Pay as You Go’ systems becomes challenging as populations age. The demographics of many aging societies will create a larger population than ever of retirees drawing money out of retirement systems — and a smaller proportion than ever of working-age taxpayers putting money into those systems. Encouraging and enabling people to accumulate their own retirement savings is also needed.

The current, prolonged period of low interest rates in many parts of the world — causing a lower-than-projected buildup of capital — makes it challenging for pension plans’ to build up sufficient reserves. Incentives to help people save enough, early enough and for long enough will be key.

Ensuring robust investment returns will be vital to accumulating sufficient capital reserves to fund the retirement security of the coming wave of retirees, many panelists said. Investing pension-plan reserves shrewdly in productivity-enhancing initiatives (such as infrastructure projects), which promote strong economic development, can be a win-win outcome.

As Elias Masilela, the Executive Chairman of DNA Economics in South Africa, noted “social investment is actually good for a pension fund” because it helps create “good health, good housing, good transport and telecom” that can “enhance the value of the lives of workers.” As they enjoy better services in an expanding economy, he said, those workers will “see the logic of saving” for a more prosperous future.

The reality is that retirees and near-retirees in many countries — especially those economies that were hard-hit by, and have yet to recover from the global financial crisis of 2008 and 2009 — cannot afford to save or are ill-served by poorly designed pension systems. “There is no more dramatic case of a pension system’s struggle than the case of Greece,” said Prof. George Katrougalos, Greece’s Minister of Labor, Social Security and Social Solidarity.

Greece’s current reform effort is aiming to send a twofold message to society: that the intended reforms will preserve pensions for current pensioners and today’s workers (who will themselves someday become pensioners) and will ensure long-term fairness and equity.

In a quip that summed up the dilemma of trying to align the appropriate incentives to inspire savings, Karlan said: “If you fail to pay back a loan, a bank will hunt you down and make you pay. But if you fail to make a deposit, the bank will not remind you to save and [will not] make you pay” a promised contribution into your retirement savings account.

The impetus for savings, he said, always comes down to the individual and his or her ability to wisely calculate the tradeoffs that will determine his or her family’s long-term financial well-being.