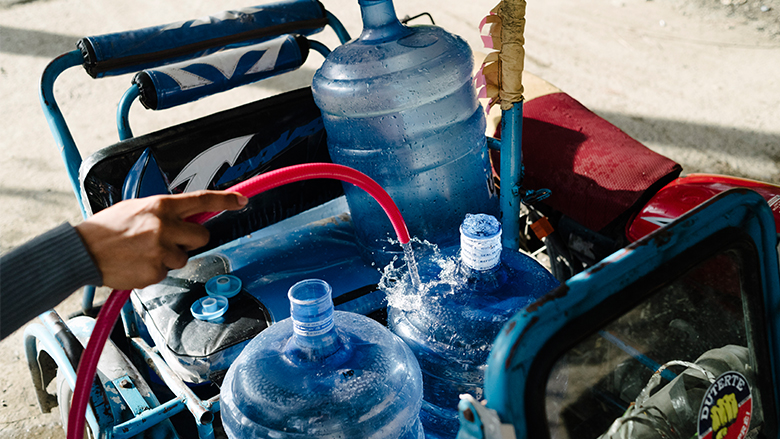 Mindanao, Philippines -  It’s late in the afternoon. Nhor Momin stands by the water faucets. Satisfied no more customers are coming to collect water, she turns off the taps, locking them in place with a simple brass padlock. Nhor collects the day’s takings, hails a scooter and heads home.

Access to clean drinking water is now a part of life for residents of Upper Campo Islam. But for the 20 years leading up to 2011, the community did not have access to clean water. As one of many conflict-affected communities in Mindanao, Upper Campo Islam has long-suffered from poor infrastructure, a lack of basic services and weak local governance.

Upper Campo Islam is located in the municipality of Labangan, southern Mindanao. Like much of the province, it has struggled with three types of conflict — rido (violent feuds between families or clans), politically-motivated violence, and armed insurgency. Nhor personally has been affected by rido.

“It’s like killing one member of the family, then one is killed back, then another killing. [Even after we moved] two of my brothers were shot because of this family conflict. One brother was killed in front of our house.”

Nhor returned home to Upper Campo Islam in 2007, after ten years abroad working as a domestic helper in the Middle East. Frustrated by the lack of water, she and members of her village’s People Organization worked hard to get a water supply project going in the community. The project now gives around 1,000 people in the municipality access to fresh, clean drinking water via both public and private faucets.

“Water is life. The day the water started to flow out from the taps; it was a feast. We were all very happy, I was the happiest one. I cried because I knew I’d done something right for the community.” 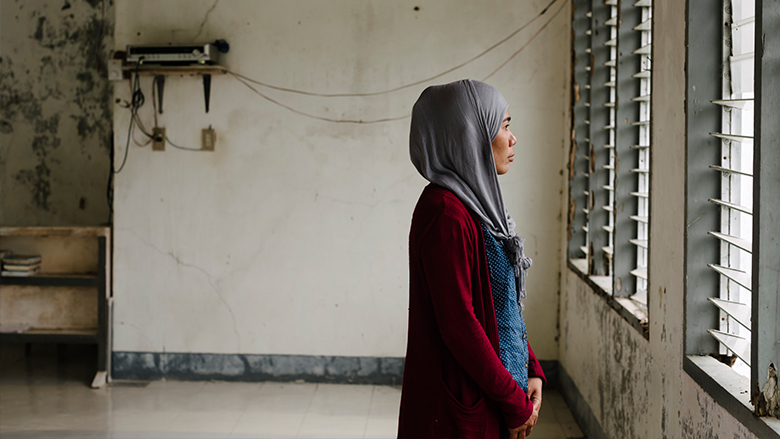 Nhor Momin inside Uztads Odin Masjid, the local mosque in her barangay of Upper Campo Islam, southern Mindanao. Nhor left home when she was 17 to work in the Middle East as a domestic helper. Many young Filipino women work abroad in places like Saudi Arabia, Hong Kong, Qatar and send money home to support their families. As the eldest of five children, Nhor's responsibility was to provide for her younger siblings. 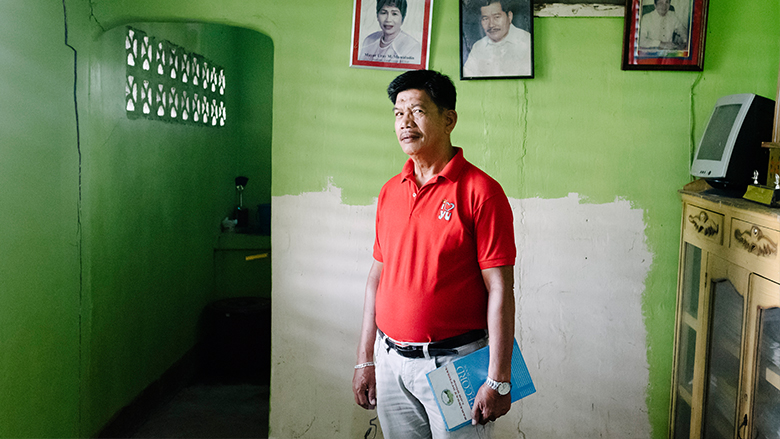 BDA is funded by the Mindanao Trust Fund, a multi-donor grant facility that has provided infrastructure to nearly half a million people across 220 conflict-affected communities in Mindanao. Eighty-six percent of the project’s beneficiaries say their needs have been met. One of which is to build skills and unity between Muslims, Christians and Indigenous peoples.

“Before the water came, Christians and Muslims were a bit aloof from each other, but when the water came we could talk to each other,” says Nhor, reflecting on how her community has changed.

Today, while some parts of Mindanao remain volatile, there is little friction between people of different faiths Upper Campo Islam.

A former rebel himself, Wahab knows the price of conflict. He became a Black Shirt — a Muslim militia group and precursor to the Moro National Liberation Front — when he was 16 years old. Like hundreds of others, he joined what would become a decades-long fight for self-determination for Muslim people — called Moro or Bangsamoro — in southern Philippines.

“Being a rebel gives you life lessons. I learned two things. First, killing our fellow men – it was a case of kill or be killed. And second, you are not good in the eyes of the government. In 1976, I decided to stop. I realized there is no sense fighting the government because we don’t have power.”

Now 59 and in his final term as village head, Wahab drives projects for his community to help access services or improve safety. Through his facilitation, the local government provided 30,000 Philippine Pesos ($625.29) to the Upper Campo Islam People’s Organization to help build the 10 water taps Nhor and her colleagues now manage.

“The [ongoing] challenges are the need for more livelihood, jobs and projects for the improvement of our community.” 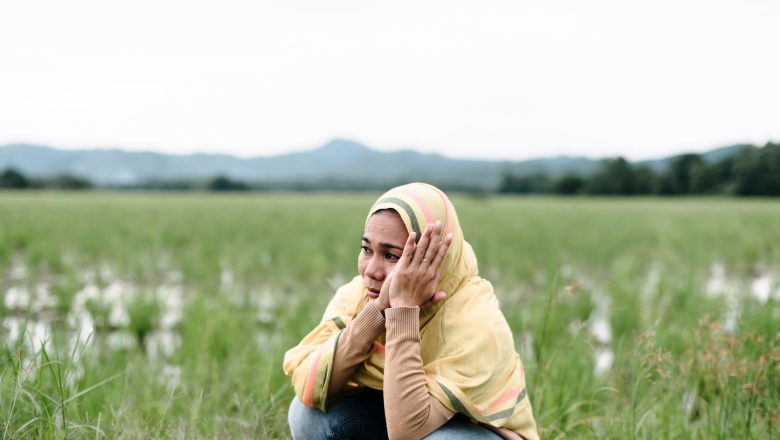